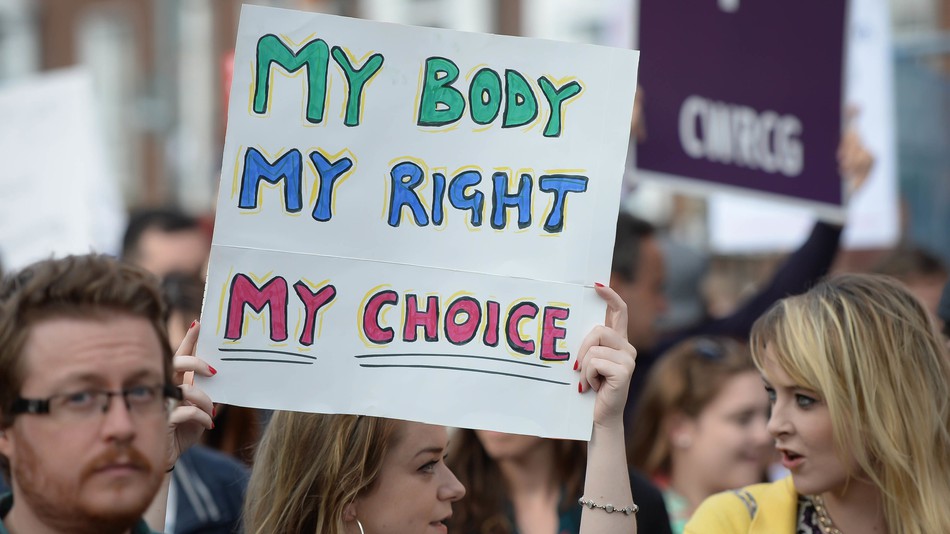 People campaigning for the decriminalisation of abortion in Ireland. (Photo: Mashable)

The Irish Seanad, upper house of the Irish parliament, passed the Health (Regulation of Termination of Pregnancy) Bill 2018, a bill legalizing abortion on demand, with a voting of 27 to 5 on Thursday, December 13. Earlier, Dail, the lower house of the Irish parliament had overwhelmingly voted in favour of the legalization of abortion on December 5 by 90 votes to 15, with 12 abstentions. The new bill is due to be signed into law by the Irish President Michael D. Higgins before the Christmas break, following which, the abortion services will be provided for free from January 1, 2019.

In a statement to Peoples Dispatch, the Dublin District Committee of the Communist Party of Ireland said: “We welcome the legalization of abortion in Ireland. While we welcome the legislation, it does not go far enough as there are restrictions. We support a woman’s right to choose and the right to full body autonomy. There should be free, safe and legal abortion available to all the women of Ireland as a right without restrictions.

On May 25, 2018, in the historic referendum, 66% of Irish women and men voted to amend the country’s constitutional ban on abortions. The referendum repealed the 8th Amendment which granted an equal right to life to the mother and the unborn child. With the repeal of the 8th amendment, women will be able to access a termination within the first 12 weeks of their pregnancy. On September 18, 2018, after a delay arising from various legal challenges taken since the referendum, President Michael D. Higgins signed the referendum bill into a law, thereby repealing the 8th Amendment.

The proposal of the new bill by the Government of Ireland followed the approval of the 36th Amendment by referendum on May 25, 2018, thereby repealing the 8th Amendment which had prohibited abortion. Under the current law, a termination is permissible only when there is a real and substantial risk to the life of the woman. The women in the country have been fighting for safe and legal abortion since decades as the country had constitutionally banned abortion more than 150 years ago. Even though there were some amendments and additions, the ban remained intact throughout this period. In 2017, a Citizens’ Assembly, established by the government, recommended unrestricted access to abortion during early pregnancy and called for a referendum on it.

According to reports, the new legislation (Health Bill 2018) permits terminations to be carried out up to 12 weeks of pregnancy, or where there is a risk to the life or health of the pregnant woman, or in case of an emergency, or where there is a condition present which is likely to lead to the death of the foetus either before or within 28 days of the birth.

Health Minister Simon Harris expressed satisfaction and called the bill’s passage in both houses of the parliament “a historic moment”.

Various activist groups in Ireland also opined that this is a historic moment for women’s rights in the country as the fight for the legalization of abortion had a history of more than century.

“The legislation is a step in the right direction. It is ironic that it occurs after 100 years since the women in Ireland first secured the right to vote. We have a long way to go before we secure full and equal rights in all aspects of women’s lives. As James Connolly, one of our inspirational forefathers [an Irish socialist leader, who was executed by Britain for his role in Easter uprising] had said that  in a capitalist society, the worker is a slave and the female worker is the slave of that slave. There can be no freedom without the freedom of women.” said the Communist Party of Ireland.

Along with jubilations over the law, certain concerns are also emerging from the Irish society regarding the implementation of the law. Even though the government assured that abortion services would be available from January 1, 2019, various key hospitals have been reported saying that the timetable is too tight.

Abortion was banned in Ireland in 1861 by the Offences Against the Person Act, and this ban stayed in place after Irish independence. In 1983, the 8th Amendment to the Republic’s constitution, or Article 40.3.3, was introduced after a referendum which acknowledged the right to life of the unborn. In 2010, activists took the case to the European Court of Human Rights and the court ruled that the state had failed to provide clarity on the legal availability of abortion in circumstances where the mother’s life is at risk. The campaign to legalize abortion gathered momentum after an Indian woman, Savita Halappanavar, died in a Galway hospital during a miscarriage. Following her death, about 2,000 protesters assembled outside the Irish parliament in Dublin and demanded that the Irish government urgently reform the Republic’s abortion laws. In 2016, the United Nations Human Rights Committee (UNHRC) also noted that Ireland’s ban on abortion subjected a woman carrying a foetus with a fatal abnormality to discrimination and cruel, inhuman or degrading treatment.