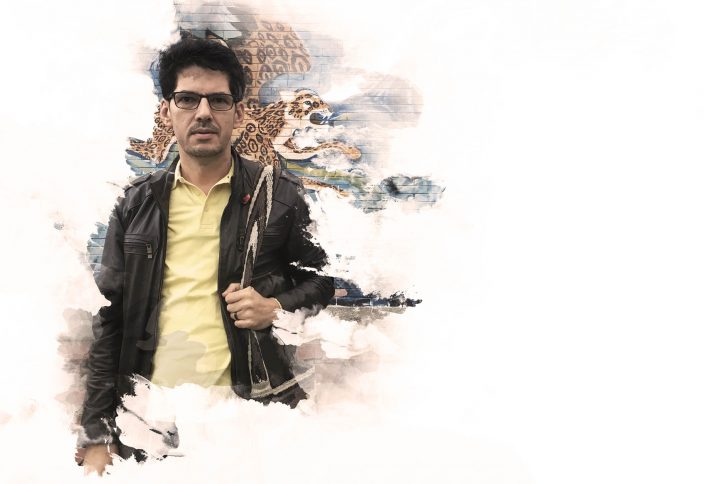 The first peasant leader to reach the Colombian Senate, Alberto Castilla Salazar, has a simple posture and great warmth. He dresses the same way, whether he is walking in the halls of the National Congress or is among social activists – jeans and a polo shirt with the brown and beige bag of Arahuaco indigenous people. The only difference is that in the Senate, he passes by unnoticed, while in the spaces of the people, he is greeted, hugged and stopped for small conversations.

Born in the municipality of Convención in the department of Norte de Santander, bordering Venezuela, he was raised by his mother and grandparents. He is from a village that is home to agricultural producers and peasants. At the age of 14, he began to work with the community movement and led the Junta de Acción Comunal, a local autonomous self-governance committee recognized by Colombian law.

After finishing high school, he began working as a bricklayer in civil construction projects and later at the town hall, where he began to strengthen his relations with peasants. “And we continued to build until I took the peasants’ struggle as my own struggle”, says Alberto.

As part of peasant activism, he joined the Committee for Social Integration of Catatumbo (Cisca), which is a part of National Agrarian Coordinator (CNA). At 16, he entered CNA and held various positions until he became a national political leader.

Some years later, in 2013, an important peasant strike took place and he served as the representative of the CNA in the formation of the Congreso de los Pueblos (People’s Congress), a platform that brings together organizations and movements across Colombia.

From these two spaces, the discussion of proposing a candidate for the Senate began to take shape. “We came from a space in which there was no trust between social movements and political representation. And so in me, they found some quality, some characteristics and felt I could assume [that role]. We presented the name and won”, he said, with the simplicity that characterizes him.

Thus, in 2014, for the first time in its history, the Colombian Congress had a peasant as a Senator of the Republic. In 2018, : Alberto Castilla was re-elected and is one of the 23 members of the Alternative Group for Peace.

The Colombian Senate comprises 108 members of parliament. 100 senators are elected by means of national elections.

The following is an interview with Castilla, conducted by Vivian Fernandes of Brasil de Fato. 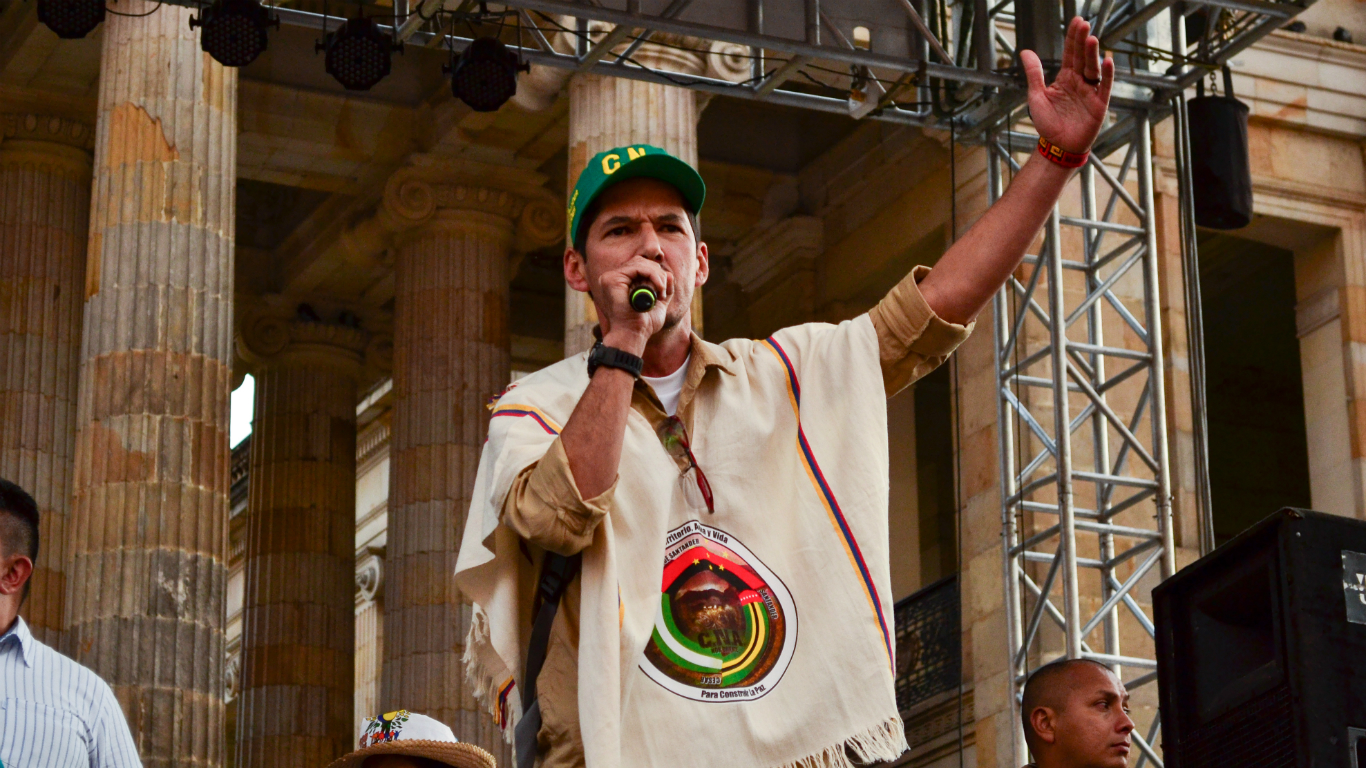 Brasil de Fato: Alberto, during your first term (2014-2018), what were the main achievements and difficulties?

Alberto Castilla: We understood that despite our presence in the Congress of Colombia, we were not going to be allowed to have any big legislative achievements. We focused on building relationships with social movements, not only with those of peasants, but also with workers organized in trade unions and other such movements.

With the peasant movement, we came up with several ideas. The most significant was the constitutional reform which sought to establish peasants as political subjects that are entitled to certain rights.

This proposal for this reform emerged from local and regional debates, with universities and research institutes. It was the result of the effort of many and we presented this reform. It was not surprising that the reform didn’t pass. But what did we gain from it? Our achievement is that today, the whole peasant movement in Colombia speaks of the need to be a peasant, and to be recognized as one. In other words, it is now part of the agenda of the peasants’ struggle.

This was during the first period, and right now, we are discussing the same project.

BDF: How was the legislature’s process of approaching the people’s movements?

AC: I believe, and I say this with a lot of humility that my experience in the Congress has helped solve a debate in the peasant and social movements about political representation.

People thought that by electing a leader to Congress, they had lost that leader. That they would be co-opted. I have shown that the leader is not lost; I maintain the same attitude, stick to the same decisions. This is what my aim was – a parliamentary exercise that tells the social movements and society as a whole that it is possible to do politics and not get lost along the way.

BDF: How does the discussion about the formation of a People’s Legislative Assembly from social movements, like the one we saw in October, negotiate with this idea of contesting legislative mandates in Congress?

AC: When Congreso de los Pueblos (Peoples’ Congress), one of the movements that participated in the assembly, was born, it began to build mandates, which are equivalent to  legislation, but people’s legislation. An example would be the mandate to defend the territory. The mandates seek the participation of the people in decision making to ensure a dignified life. It is inward legislation, more than anything else, a decision for us to take, to organize territory, to build people’s power.

I believe that when the people’s legislative assembly is called for, a different rhetoric is being brought up. This is because it is framed within what exists, a legislation that all the time assimilates the governmental institutionality of the state.

I feel that when you talk about people’s legislative assembly today, you should really be thinking about how those mandates that were built can become the norm within the state’s institutionality. And they have to be legally processed. 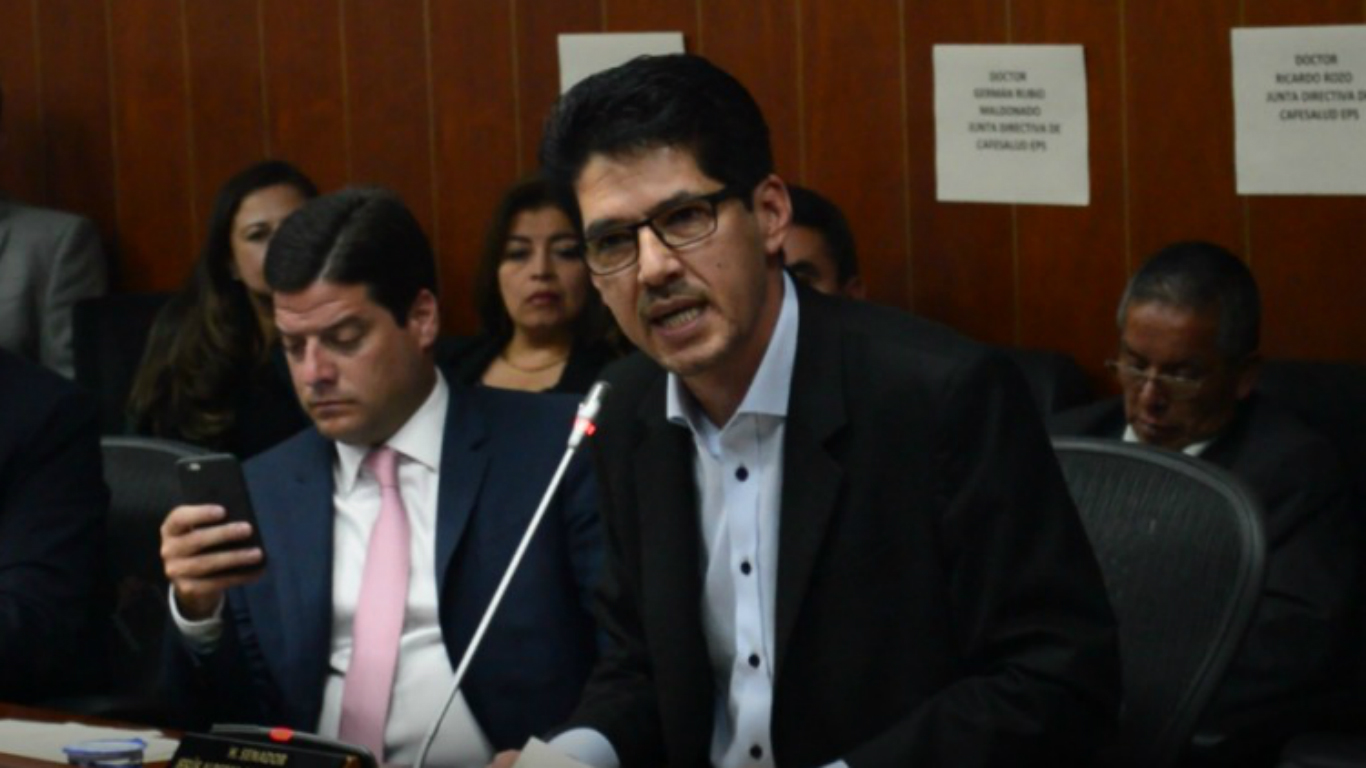 BDF: You were re-elected to the Senate in the 2018 elections. How is the political scenario now different from that of 2014?

AC: It has changed because this time, more social sectors took the decision to aspire to reach the Congress. And in this decision, they chose different political movements from different parties to strengthen their presence in the Senate and in the House of Representatives. We now have 23 senators on a platform who are united on some issues. It is not that they are together in everything, but there are certain unifying issues.

It is important that these social sectors are there not only in larger numbers in the two houses but also with the understanding of the need to do things together, to act together.

We are part of the Peace Group. This includes members of the FARC party, the Green Alliance Party, the Alternative Democratic Pole, those who supported Colombia Humana – the progressive platform that promoted [Gustavo] Petro – indigenous [representatives] and Petro himself. This group of 23 works together on specific issues and may not work together on certain others. But the key thing is that this group is present to build relationships with social movements.

And I think this it is very important because it continues to nourish and nurture the need for greater representation. As long as we continue to see that what we have today is not enough, we are challenging ourselves. We must have the majority in Congress. And we can do it.

I believe that all this is contributing to change the mentality around political representation.

BDF: What are the other groupings in the Congress, especially those of the conservative and right-wing sections?

AC: As far as our alternative group is concerned, the major dispute is with the far-right wing party in the Congress and in the government, namely the Democratic Center party. It is very strong because the president is from that party. The representatives of the non-Catholic Christian church – the evangelicals – coordinate with them. The Evangelical Church is part of the block with which we dispute.

Though the Democratic Center claims to be in the center of politics, we always place them on the far right because of their practices. Basically, these are the strongest sectors.

There is a liberal block too, with whom there are not too many confrontations. At certain points, we can be with them because our confrontation is with the far right.

BDF: What are the main issues in this upcoming term?

AC: One is to make progress in the implementation of peace. We need to enter into discussions about what peace means, on questions of whether it means having rights, whether it means fulfilling the agreements signed with the insurgencies

Within the question of peace, we also plan to look at land tenure, access to land and its control, peasant recognition, labor guarantees, respect for rights, equality and participation. 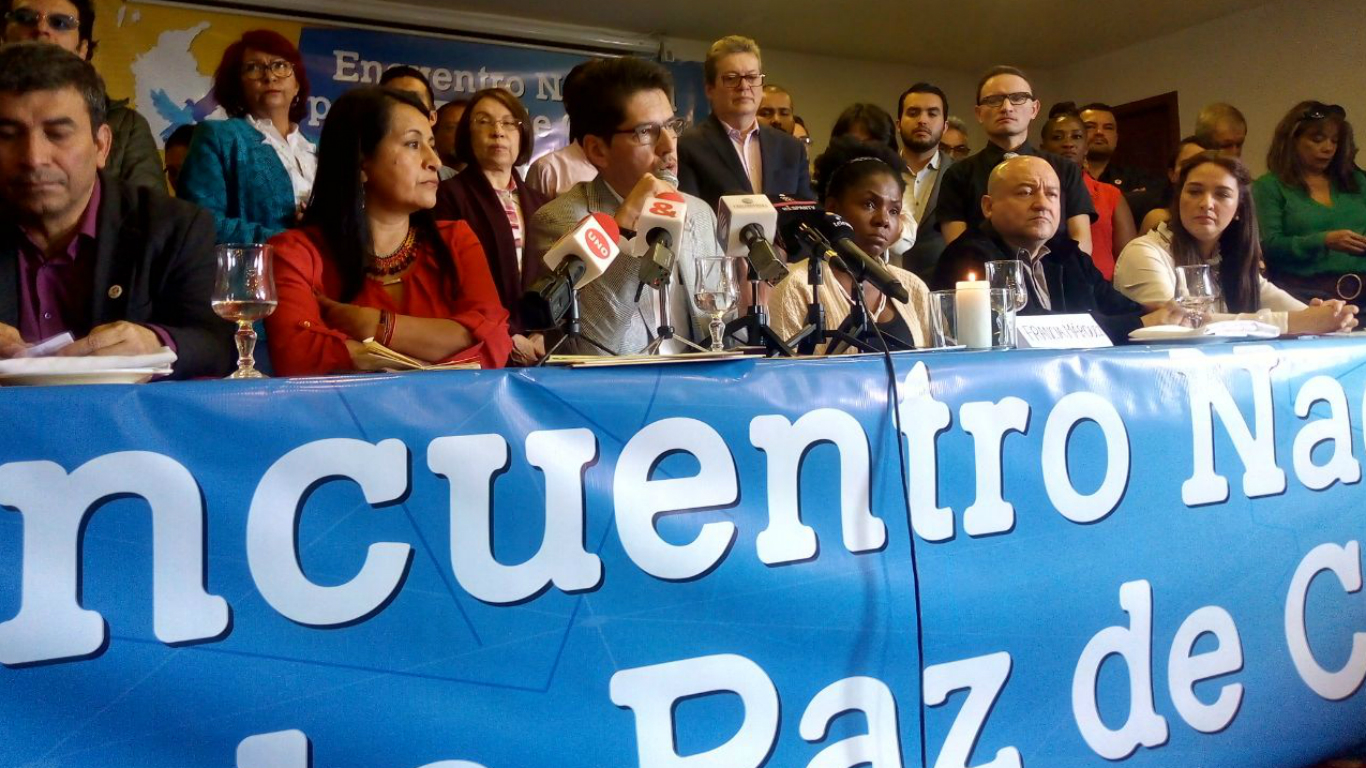 BSF: What has happened with the peace agreements and dialogues?

AC: As they had declared, FARC signed [the agreement] knowing it was not the best. That is the understanding we have too. But they managed to agree on an agenda. And what is happening today is that the government is not respecting that agreement.

Therefore, the violation [of the agreements] continues to increase, because there is no money nor institutions to implement the agreement.

Taking stock, the concrete thing that the FARC has is its participation in the Congress and they are trying to structure everything else.

Then, there is the issue of comprehensive rural reform which should be discussed and there is no budget provided for that either. Neither is there any will to provide land for the peasantry. The Special Peace Jurisdiction is really the center of the agreement because ultimately, you can create productive projects for former guerrilla members but it does not change much. You cannot maintain the uncertainty of their legal situation. I think there is a very serious problem that will jeopardize the agreements.

That is why some members of the former FARC guerrilla have made an assessment on the non-compliance of the government. Now, they do not believe the government and are taking the decision to re-arm.

And they see that their party does not give the strength to fight what for they agreed on.

On the other hand is the dialogue with the ELN [National Liberation Army] that progressed during the previous government of Santos. But this current government does not recognize these advances and has begun to impose an agenda that involves unilaterally demanding that the ELN [take certain] actions, [comply with certain] conditions, and for the country, the message that is conveyed is one of postponing and delaying the talks further.

But I think that for those who are at the table looking for a negotiation, all this does not give the security to move forward and leads to doubts about what is being talked about.

I think that the processes are precariously placed and there is the risk that the negotiations with the ELN and the agreement with the FARC will end up as failures.

BDF: Is the peace process in Colombia suffering a reversal?

AC: Yes, totally. That is why this group [in the Senate] is putting a lot of emphasis on the need to not go backwards, but to take forward what was built. And the group understands that we must seek to ensure continuity to the political solution with the insurgencies, but also look for conditions and guarantees for the social movements. [We must] defend the lives of social leaders. This is the main way – seeking participation from the social movements.

The government today is represented by a political party that does not know what building peace is. This is a government that is going to continue favoring transnational capital and ensure better conditions for its activities. It adjusts its institutionality to serve transnational capital, and it continues using the territories as a place to negotiate with capital, ignoring the existence of the people.

The answer to this is a social movement that hasn’t lost the capacity to mobilize and that understands today that these mobilizations, coordinated with the political representation, give it strength. The answer is not a social movement struggling alone, but one that can put to its service institutional spaces. 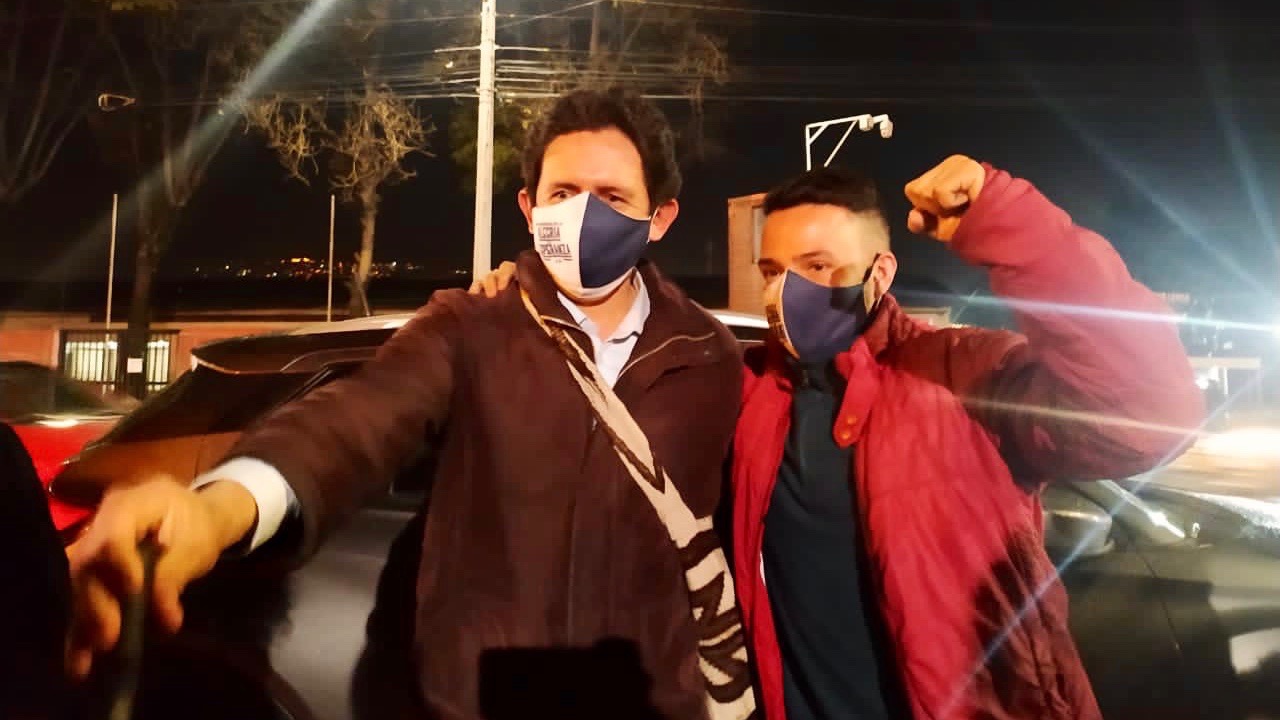 Colombians embark on a fresh national strike against Ivan Duque 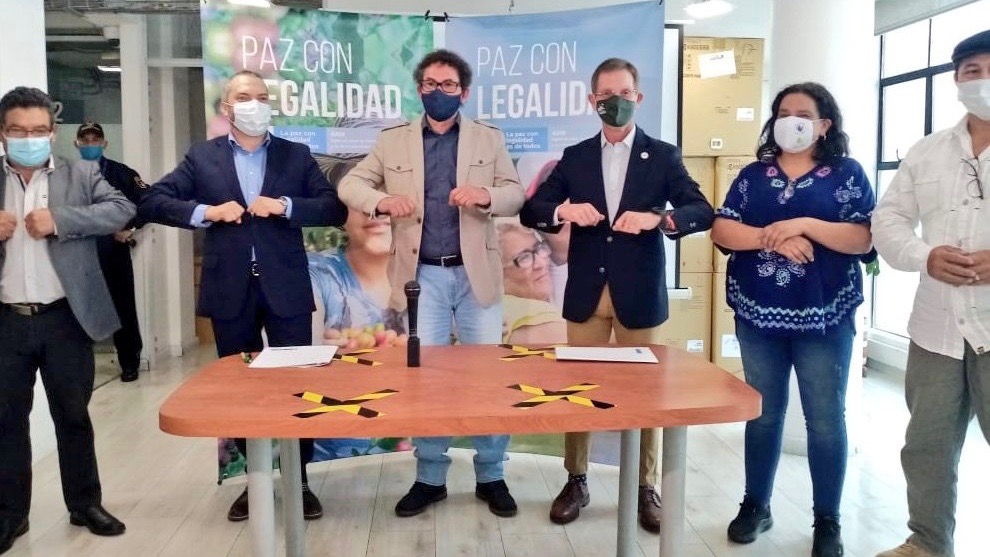