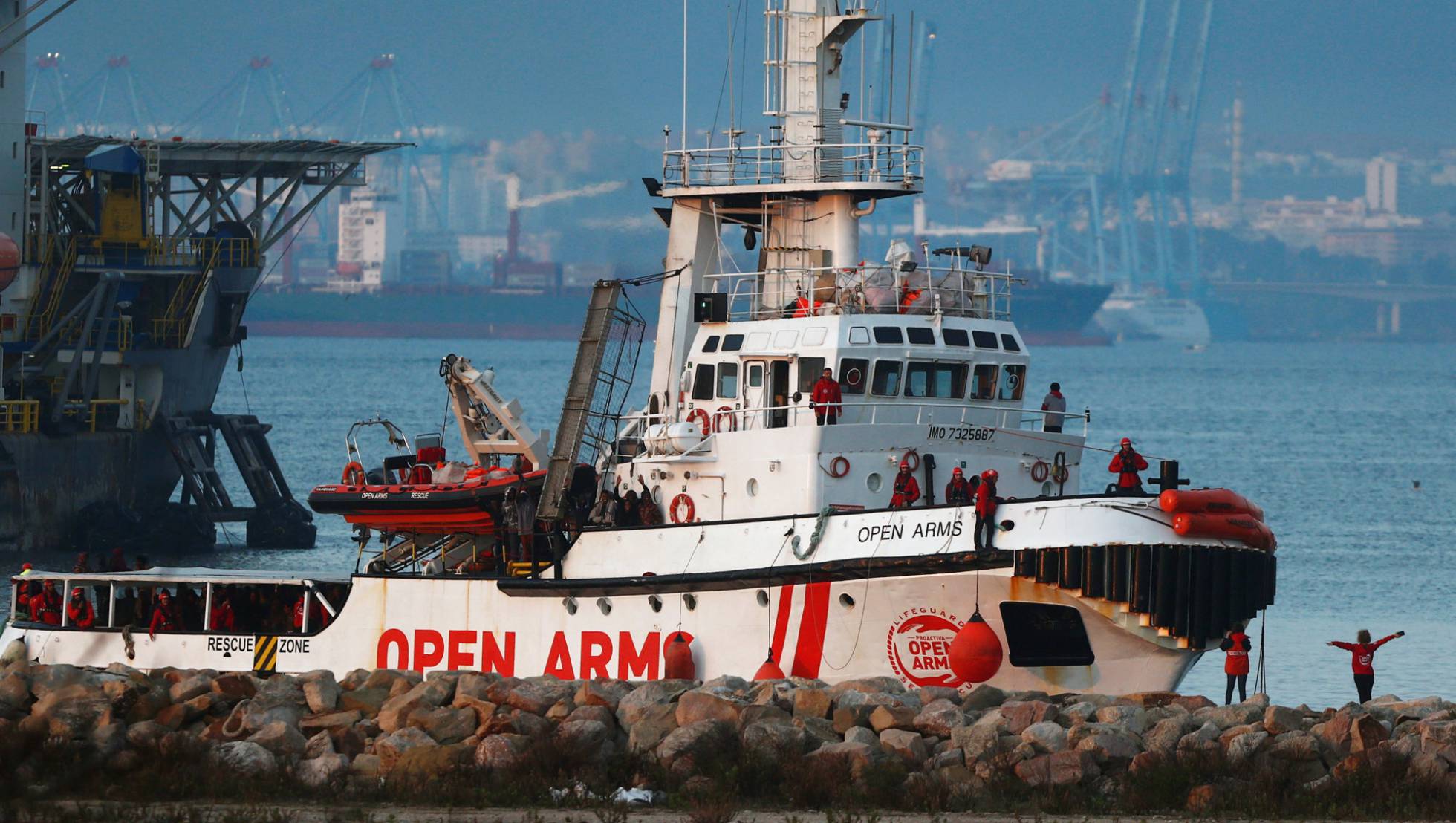 Spain was the only country to agree to take in the refugees,

Around 300 refugees from Libya, half of them minors, arrived at Port Crinavis in San Roque, Spain on Friday aboard a rescue ship operated by Open Arms. According to reports, they were rescued from the sea a week ago near the Libyan coast but were denied access to dock at ports in Italy and Malta. Only Spain responded positively to Open Arm’s request. Reports also said that after disembarking the ship, the migrants would undergo a registration and identification process at the Temporary Care Center for Foreigners (CATE). Proactiva Open Arms is a Spanish NGO which conducts search and rescue operations at Mediterranean Sea.

The denial of docking permissions by Italian authorities once again revealed the insensitivity of the Italian government towards the refugees and its role in the worsening the humanitarian crisis in the Mediterranean. Earlier also, Italian authorities were instrumental in the agony of those aboard the rescue ship Aquarius in September. The ship was leased by SOS Méditerranée and Médecins Sans Frontières and was finally able to save the lives of around 10,000 refugees stranded at sea.

According to reports, annually, tens of thousands of migrants have been attempting to seek refuge in Europe. Most of them are from war-torn North African states, especially Libya and the conflict zones in West Asia. Till date, thousands have drowned as overcrowded and unseaworthy boats often capsize in the rough waters of the Mediterranean.

Who can stop the far-right?
RECENT ARTICLES