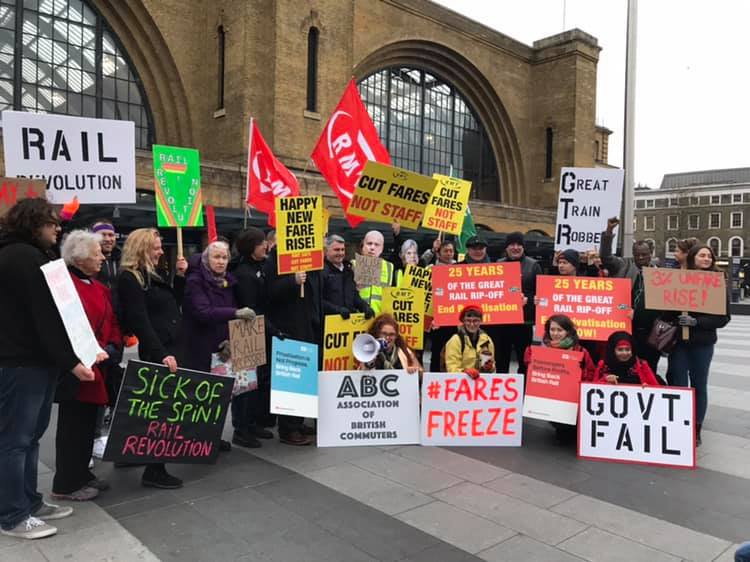 Protesters called the fare hike a blow to the common people of the country.

The first few days of the new year saw protests in Britain against the considerable hike in rail fares. Protests were held at many railway stations as fares increased by 3.1% on Wednesday morning. Rail fares were increased by an average of almost 3% in Scotland and 3.1% in England and Wales.

Labour Party leader Jeremy Corbyn joined protesters outside King’s Cross station in London and condemned the rail fare increases as a “disgrace” that was driving people away from public transport. He said that Britain must “invest in our railways as a public investment”. The party will push for an integrated transport system with public ownership of railways and local authority ownership of buses with free access for young people under 25, he added. While assuming the Labour Party leadership in late 2015, Corbyn promised the re-nationalization of rail-services when the private franchises expire.

The Labour Party observed National Day of Action on Wednesday against the fare Hike.

The campaign group, Railfuture, said the hike was “yet another kick in the wallet”. They claimed that the rail industry lost its way in 2018. “It is time for all parties to resolve to work together in 2019 to deliver a bigger, better railway, focused on improvements for the passenger and freight customer,” it said.

Meanwhile, Chris Grayling, secretary of state for transport, defended the fare rise by saying trade unions were to blame. He claimed that the unions had demanded “higher pay rises than anyone else” and threatened strikes if they did not get them.

In response to that, Mick Cash, general secretary of National Union of Rail, Maritime and Transport Workers (RMT), said Grayling was trying to blame rail workers for the problems caused by privatization of the railways.

The privatization of British Rail was initiated by Conservative prime minister John Major in 1994 and completed by 1997. The deregulation of the industry was initiated by European Union Directive 91/440 in 1991. British Railways was a nationalized body under the control of the British Railways Board since 1948, when the four big companies operating the railways were taken over the by the then Labour government.

In April 2018, a report by British Parliament’s Committee of Public Accounts exposed the incompetence of privatized railway companies that run trains on publicly owned tracks. Since then, the unions in the UK had intensified their call for re-nationalization of railways. 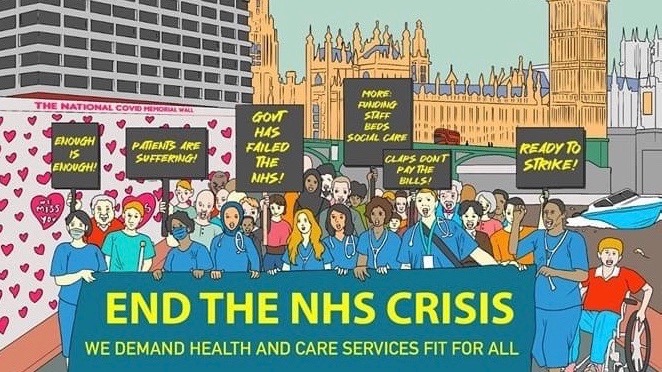