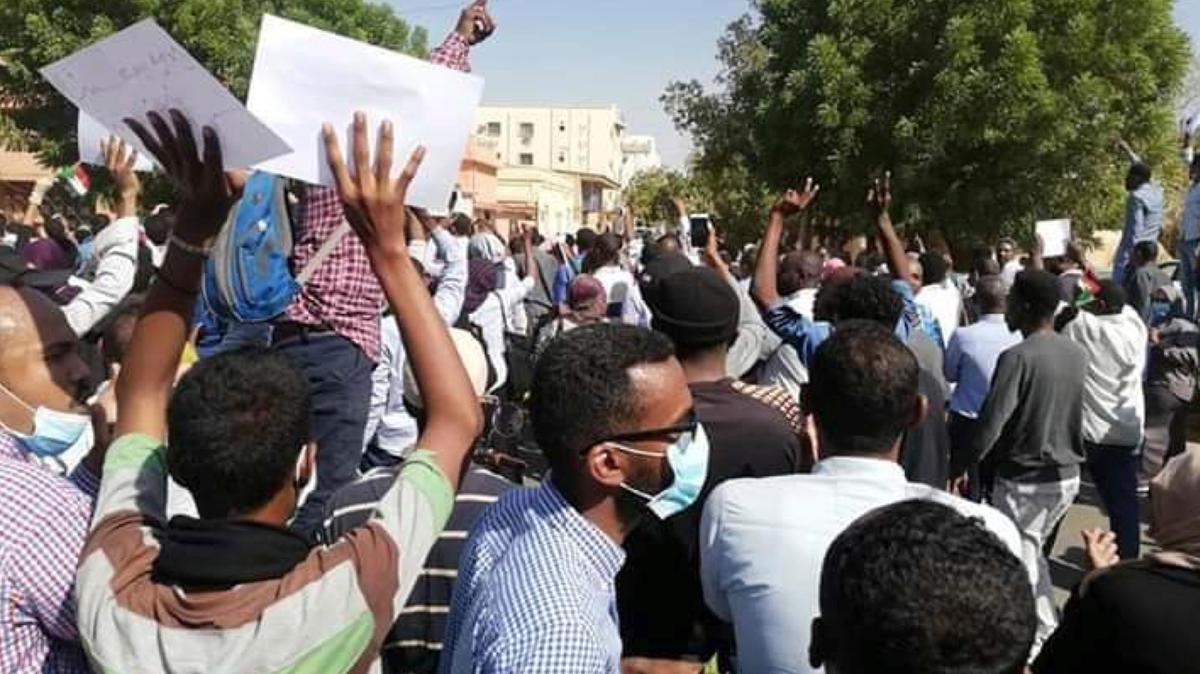 Two demonstrations will be held to condemn the killing of protesters and doctors by security forces.

The Sudanese Central Doctors’ Committee has announced that all the doctors working in the police and military will withdraw from work. This follows the country’s security forces attacking hospitals and arresting and shooting doctors for treating injured protesters. Massive protests have been going on in the country since December 19 2018 against the rule of Omar al-Bashir, who became president after a military coup 30 years ago.

The doctors’ committee also called on their fellow professionals to boycott those private hospitals in Khartoum which are owned by prominent members of the ruling party. The call was given after the security forces yet again used live bullets against thousands of protesters in eight different cities across the country last week.

On Wednesday, a mass demonstration began in Kassal – an eastern town of Sudan bordering Eritrea – in response to a call given by the Sudanese Professionals Association. Soon after the demonstration started, security forces, many of whom were masked and wearing civilian clothes, fired live bullets and tear gas, and charged at the protesters with batons.

The dispersed protesters regrouped into a number of smaller demonstrations in different areas of the town and began marching towards various government buildings. One of these marches reportedly reached the Legislative Council’s headquarters, with the protesters chanting slogans about overthrowing the ruling regime. Another march was stopped just outside the military garrison in the town, according to witnesses that Radio Dabanga spoke to.

225 kilometers to the southwest of Kassal, in El Gadarif, the capital city of Al Qadarif state, minor-aged students of Deim Baker secondary school held a sit-in protest demanding the release of their teacher, Abdelwahab Ibrahim, who was picked up by security personnel from the school premises the week before. In response, the police forces barged into the school and assaulted the students. Suspecting that the students might carry a demonstration outside the school, the police surrounded the campus.

Students of Amri secondary school in the northern state, who had set out of the campus to protest, were attacked by the security forces right outside the gate. Two students were also arrested. Infuriated by the arrests, the residents in the area gathered to protest in front of the building in which the students were held, demanding their release.

The following day, a large demonstration that had gathered in the capital city of Khartoum, proceeded towards the presidential palace, demanding Bashir’s immediate resignation.

However, the protesters were set upon by armed security personnel, who had been placed on guard in vehicles stationed along the route of the march. They fired live bullets at the protesters and charged at them with batons. The sheer amount of tear gas used caused many protesters to suffocate. At least two people were killed and five suffered bullet wounds. Dozens were injured and at least eight protesters are in a serious condition.

Among those killed was a medic by the name Babikir Abdelhamid. The other was 60-year-old Moawia Othman. His funeral was attended by 5,000 mourners, many of whom carried the national flag and chanted “Martyr! Martyr!”. When the angry crowd reportedly pelted stones on a security vehicle, live ammunition was fired again.

Having injured a large number of protesters, the security forces then sought to ensure that the wounded did not receive treatment. The security personnel smashed the glass gate of El Feisal Speciality Hospital in the capital’s downtown and fired tear gas into the emergency section, forcing the staff to vacate the hospital.

The administrative director and the director of staff were arrested by the forces, who also picked up and threatened patients who had recorded the scene on their cellphones. They reportedly insisted that the footage in the security cameras be erased.

That evening, Muawia Khalil, a doctor, was treating injured protesters at his home. When security forces attempted to break into his residence, Khalil stepped out of his house to tell the forces that he was a doctor. He was shot and wounded.

The next day, on January 18, Khalil died from his wounds, and the security forces tear-gassed the El Feisal hospital again, arresting two doctors, as well as two other staff members. The arrested medics were reportedly beaten up and then interrogated by the feared National Intelligence and Security Services, before being released without charges by the end of the day.

It was after these incidents that the Sudanese Central Doctors’ Committee announced that doctors across the country would boycott the military and police hospitals. Teachers have also declared a strike on January 27, in solidarity with the protesters.

Refusing to capitulate before the brute force of the regime, an alliance of opposition forces – which includes political parties, unions and other associations – announced two rallies this evening, on January 22, as a tribute to the martyrs and the sacrifices made by the Sudanese people. One of them will held in Khartoum North and the other in Omdurman.

The security forces are likely to unleash more violence during the rally today. The exact number of people arrested on January 17 is not known, but reports indicate that mass arrests were conducted, with numbers ranging from a few dozens to over a hundred.

Since the beginning of the uprising, more than a thousand people are reported to have been arrested, including professionals such as doctors, teachers, lawyers, professors and even journalists covering the protests.

One of the journalists, arrested last week for covering the protests, was a woman reporter working for El Tayyar newspaper. After her release, she recalled that in the detention center at Abu Jinzir in central Khartoum, where she was held along with over a hundred other professionals, “we witnessed unprecedented violence, humiliation, insults, beatings and torture of youths.”

Faisal Mohamed Saleh, the winner of the 2013 Peter Mackler Award for Courageous and Ethical Journalism, was also one of the arrested. He was held incommunicado for twelve hours in the same place. “In Abu Jinzir I saw the worst that the human soul can have of hatred, evil and the pleasure of torturing, insulting and abusing people. They make no difference between young and old,” he said.

But it was there that he also witnessed the spirit of resistance, unyielding before the regime’s violence. He recalled, “The bright face of Sudan in the cells.. young men and women who did not stop their chanting and singing to the nation and the people for a moment. We were more than 400 detainees whose voices were chanting and cheering non-stop.”