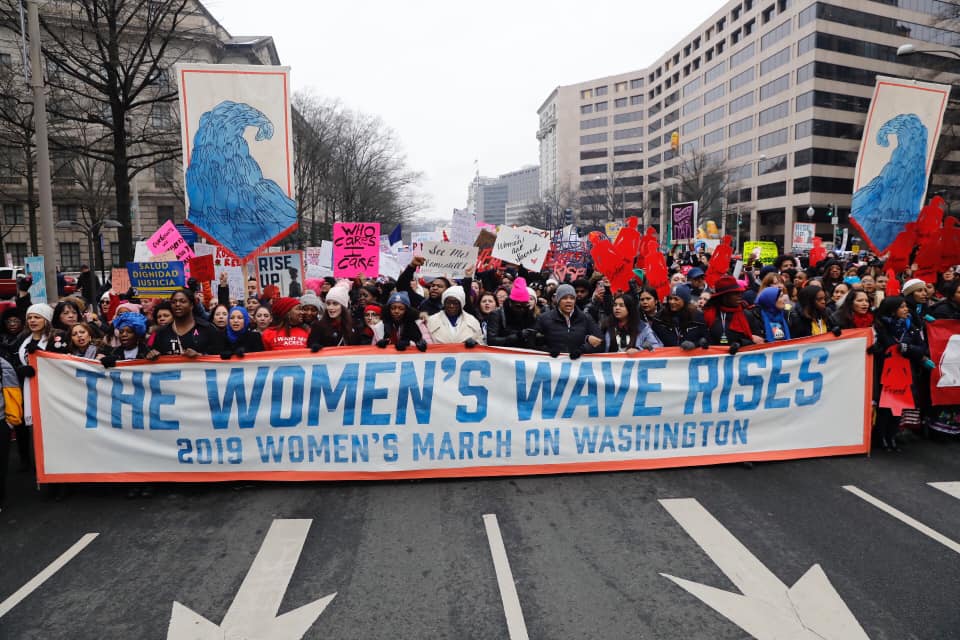 On January 19, thousands of women marched on the streets of Washington, DC and hundreds of other cities. (Photo: Women's March)

For the third consecutive year, the Women’s March was held in Washington DC and other parts of the country on January 19. The march began as a mobilization of women across the country immediately following the inauguration of Donald Trump as US president in 2017.

The organizers of the Women’s March 2019, titled the Women’s Wave, said that since 2017, the event had inspired millions more to vote, hundreds of women to run for office and dozens to win elected office. “The 2019 Women’s March marks two years of resistance to the Trump presidency, two years of training new activists, and two years of building power,” they added.  The march also came in the aftermath of the 2018 midterm elections, which saw a record number of women participating. The polls also saw the .first Muslim women, native American women, and youngest woman elected to Congress.

Alexandria Ocasio-Cortez: member of the U.S. House of Representatives, addressed the march in New York City and said, “Everyone deserves justice, and everyone deserves equal protection and prosperity in our country.”

She also drew comparisons between this moment and the Civil Rights Movement, while emphasizing the importance of intersectional advocacy. “Our myriad fights for economic, environmental, racial, and social justice were all interconnected’, she added.