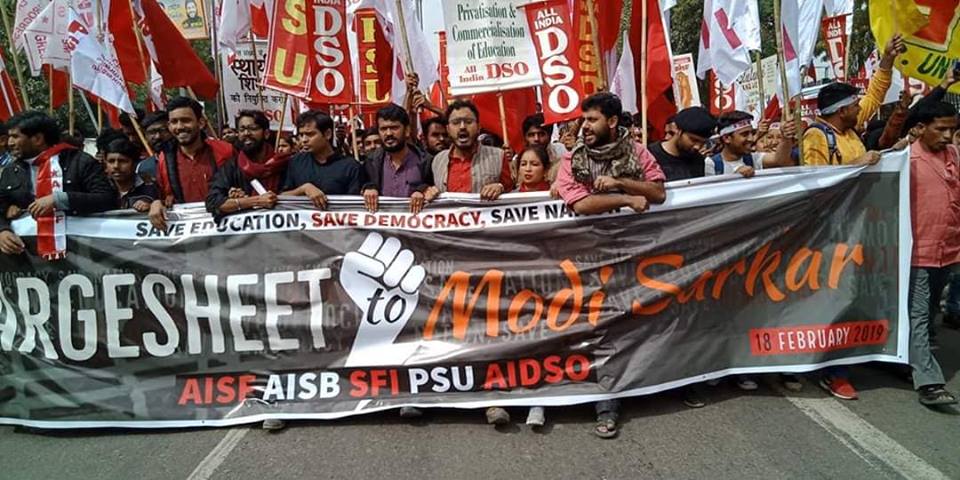 Students from across India affiliated to leftist organisations marched to the parliament demanding education policies that ensure accessibility and quality education for all. (Photo:Students Federation of India/Facebook)

Around five thousand Indian students marched on Monday from Ramleela Maidan to Parliament Street in New Delhi, protesting the anti-student policies of the far-right Hindu nationalist government led by Narendra Modi. Students presented their eight-point charter of demands, which included free common education for all, from kindergarten to post graduation, 10% budget allocation for education, implementation of reservation of seats for marginalised sections, and ensuring a secure studying environment for women and girls in all tiers of education.

Higher-education, particularly public institutions, have been facing serious challenges since the Bharatiya Janata Party-led government came to power in 2014. The government has taken a number of steps towards privatization, including promoting a policy of granting autonomy to a number of universities, and fee hikes. This is even as spending on education has remained low and a number of seats reserved for oppressed castes have been unfilled. Meanwhile, the government has initiated a massive crackdown on dissent in universities, with students from leftist organizations, the oppressed castes and minority religious communities facing the brunt. In some cases, the government has gone so far as to impose sedition charges on students for voicing their views.

Mayukh Biswas, all India General Secretary of SFI, added, “Modi has declared war against its own people, more importantly, against students. The government is doling out packages to Jio University [a private university launched by India’s wealthiest businessman, Mukesh Ambani] but not the education budget for public-funded universities.”

“Today we are here against the wholesome attack on institutions. The intention behind assembling was to highlight that students stand firm against the attack on youth. The fascist government that claims to be nationalist is actually a mere stooge of elitists who use their privilege of caste and class to further marginalize the poor people through their anti-people policies,” said a student who participated in the march.

“Since 2014, there have been policy level changes, in terms of curtailment of funds and seat-cuts, besides the overhaul of the democratic institutional mechanisms within the academic institutions. We have been witnessing how the government is targeting student movements within the institutions,’’ the student added.

Student organizations also pointed to the serious threat of unemployment that is looming in front of the youth in the country. This is especially relevant considering that the Modi government came to power promising 20 million jobs a year. “The rate of unemployment has been the highest in 20 years. The promise of creating 20 million job opportunities every year was forgotten immediately after Modi came to power, and the educated youth lives in a condition of disarray. No rhetoric can mask the truth, India lives in a dangerous reality,” read their joint statement.

Vicky Mahesari from the State of Punjab, who took part in the protest, said, “Time and again the youth are forced to  come out on the streets because this government has failed on every front to effectively serve the youth. We are leading a revolution on the ground. Our main demands include an Act to guarantee employment and crackdown on privatisation of universities.” 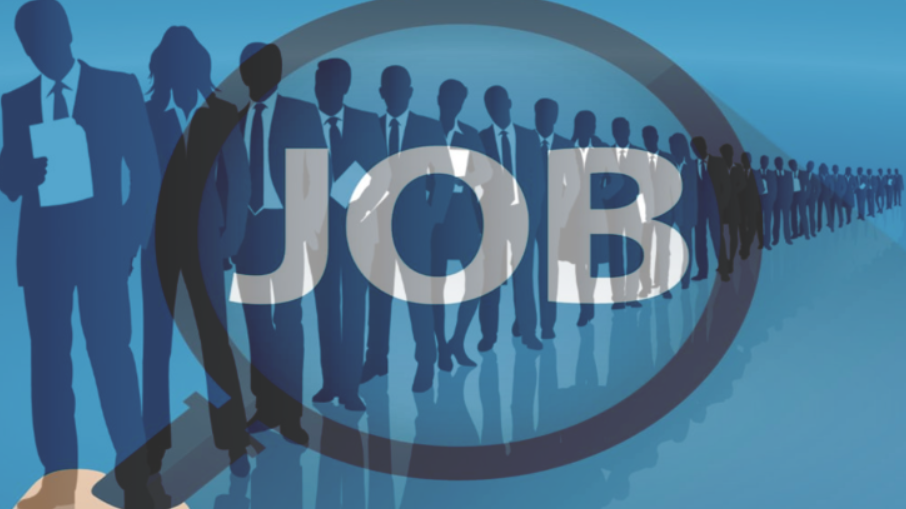