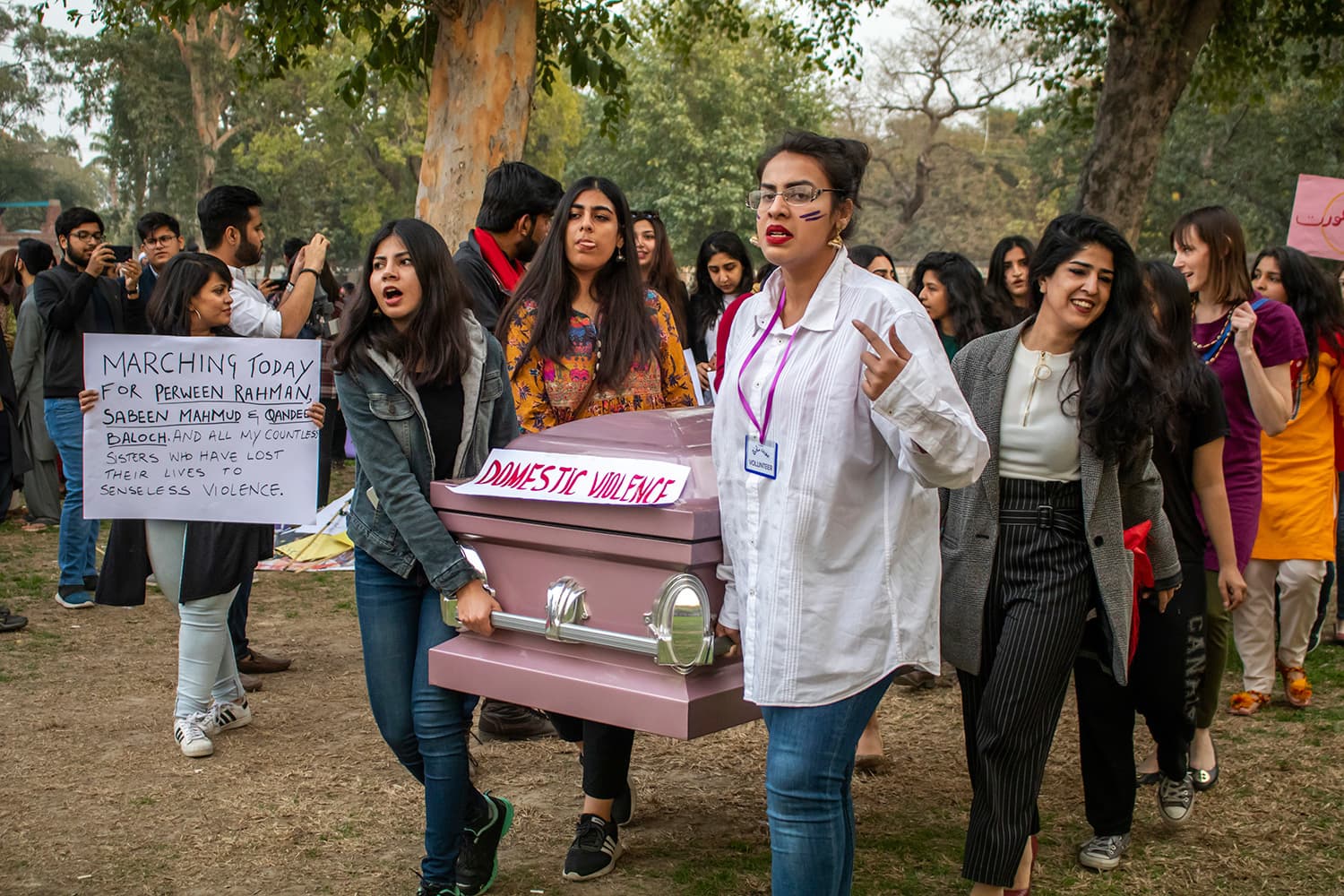 The march called for an end to patriarchy and violence against women, and called upon the women to fight for environmental and economic justice, as well as reproductive rights.

Various people’s movements and organizations in Pakistan have expressed their strong support to the organizers of  Aurat Azadi March (women’s freedom march), which was held on March 8. The organizers are being attacked by right-wing conservative groups on social media with death and rape threats.

As part of the International Women’s Day, thousands of Pakistani women from different walks of life participated in the Aurat Azadi March, calling for an end to patriarchy and violence against women. The march also called upon the women to fight for environmental and economic justice, as well as reproductive rights. The march was described as a “revolutionary feat” in Pakistan, which has been witnessing a rise in right-wing fundamentalism.

A diverse section of women, including domestic workers, peasants, katchi abadi residents, eviction affectees, and transgender women, participated in the women’s liberation march. Demanding an end to objectification of women, one of the posters read “Main Lollipop Nahi, Aurat Hoon” (I am a women, not a lollipop). Another read, “We are the women your local preacher warned you about,” calling out the right-wing conservative narrative.

Claiming that many messages on the placards held during march were ‘obscene’, religious conservatives filed cases against the organizers of the event.

Responding to questions of “vulgarity” and “characterlessness” raised by conservatives, Karachi-based journalist Sadia Khatri wrote in the Pakistan-based newspaper, Dawn, “Even in tough spots, and in the face of intense backlash and cyberbullying, feminists have been holding their ground admirably”.

“Feminism with conditions is no feminism,” she added.

In response to the vicious campaign launched against the organizers, Awami Workers Party (AWP) extended its solidarity to the people associated with the march. “Instead of targeting peaceful organizers, strict action should be taken against those who have illegally threatened and harassed women organizers since the marches,” the AWP said in a statement.

Condemning the reactionary response of right-wing politicians in the parliament and provincial assemblies of Punjab and Sindh, of the Muttahida Majlis-e-Awam (an alliance of religious conservatives), of the ruling Pakistan Tehreek-e-Insaf party, and others, the party’s spokesperson, Farooq Tariq, said, “The attacks on the organizers of the women’s marches highlight the fact that deeply-entrenched patriarchal forces feel threatened by the growing strength and diversity of the women’s movement in Pakistan.”

As women become increasingly organized against systemic gender-based injustices and inequities, he pointed out, they are being told, in an age-old patriarchal tradition, that they must remain silent about their pain or express it within certain bounds.

“[Our party] feels it is particularly shameful that public representatives responsible for protecting the interests of the public are demanding action against ordinary citizens who have merely exercised their constitutional right to assemble and protest; we will resist such attacks on political freedoms at every step,” the party spokesperson stated.

In a video posted on Facebook, Taimur Rahman of the Mazdoor Kissan Party, pointed out that the march showed that the women’s movement was strong and vibrant in Pakistan. Responding to certain sections which had organized a ‘Men’s  March’ in response, Rahman said the need of the hour was instead to focus on women’s issues to ensure dignity and rights for women, especially working women.

A number of other working-class movements have also called upon the people of  Pakistan to stand with Aurat March and resist the attempts to push women back from spaces that have been gained through decades of struggle. 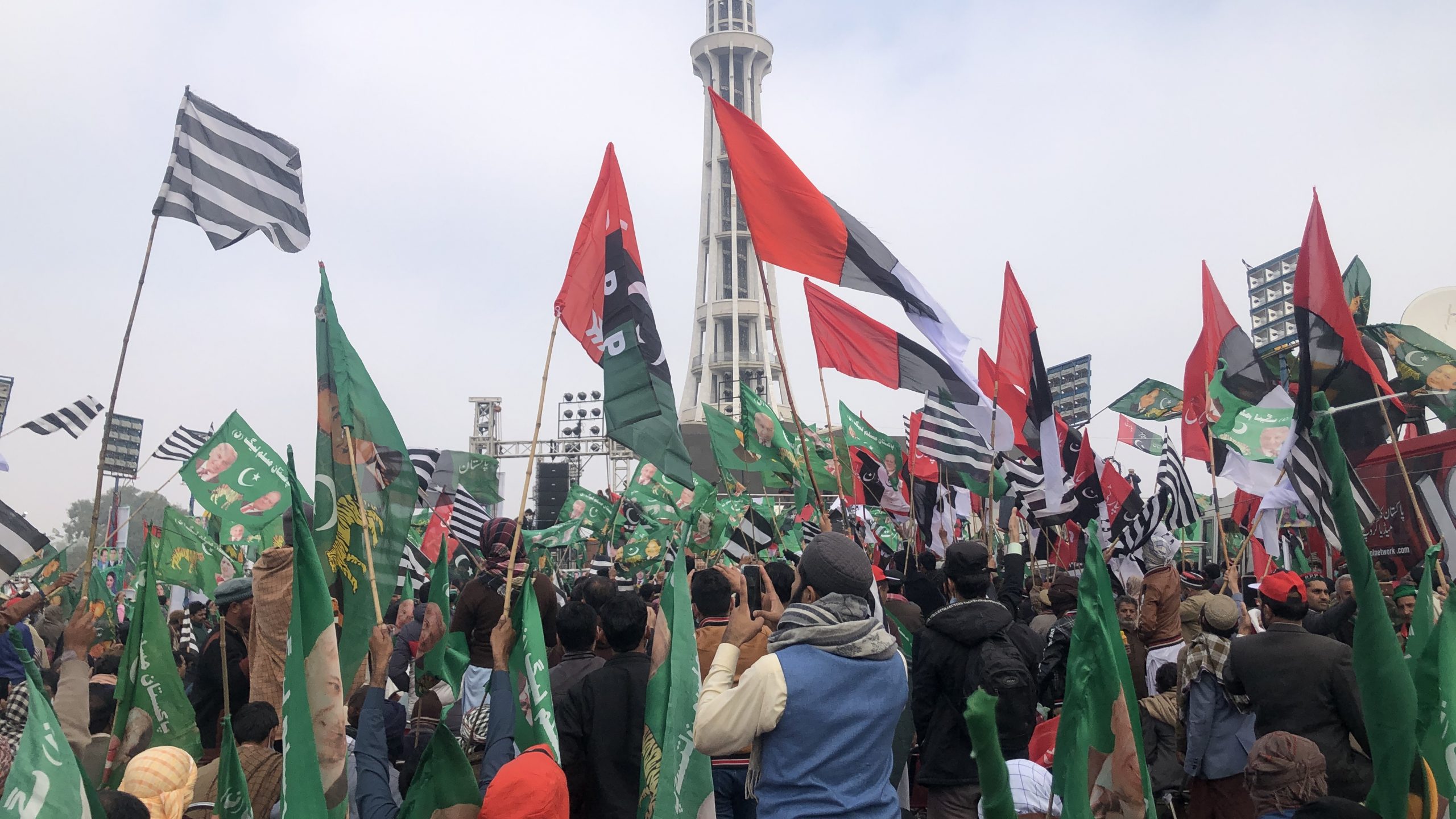 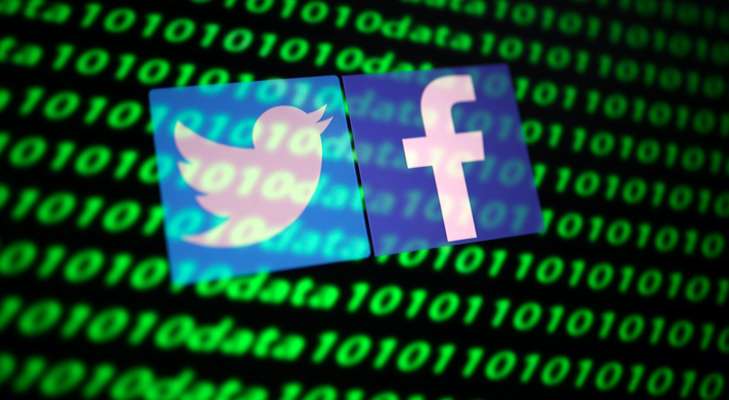