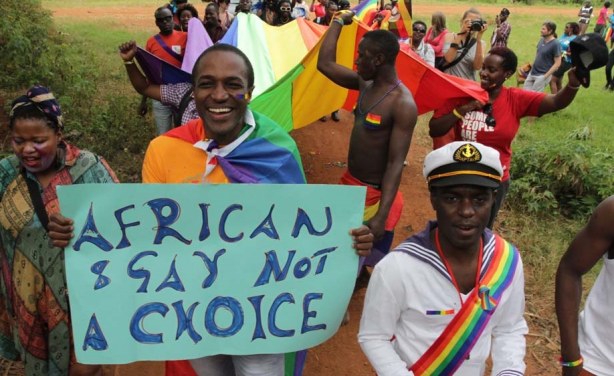 The LGBT community in Kenya won a victory on March 22 when a court upheld their right to organize. The judgement delivered by the Court of Appeal reaffirmed a 2015 High Court ruling that the right to organize by forming associations extends to LGBT community. The judgement directs the Non-Governmental Organisations Coordination Board to register and recognize as an NGO the National Gay and Lesbian Human Rights Commission (NGLHRC).

However,  homosexual intercourse continues to be punishable with 14 years of imprisonment. The charge of “indecent practices between males” can lead to a five-year jail term.

The NGLHRC, founded in 2012, has been struggling from the beginning to earn recognition as an NGO. In 2013, the NGO coordination board rejected their application to be registered. This rejection from the board was challenged in the High Court by the NGLHRC’s co-founder, Eric Gitari, who’d argued that Article 36 of the Kenyan constitution recognizes the rights of all citizens to form association.

Ruling in his favor, the High court had stated in its judgement: “As a society, once we recognize that persons who are gay, lesbian, bisexual, transgender or intersex are human beings; we must accord them the human rights which are guaranteed by the Constitution to all persons, by virtue of their being human.”

However, the NGO board, arguing that the such rights cannot be extended to the LGBT because Kenyan penal code criminalizes homosexuality, challenged the High Court’s decision before the appellate court.

After a long delay in giving a judgement, the appellate court finally rejected the NGO board’s appeal and upheld the High Court’s ruling. “In a society that is diverse as Kenya, there is need for tolerance and in any democratic society there will always be a marginalized group. This appeal therefore lacks merit and is dismissed,” Justice Makhandia said.

“The judges have chosen to stand by the constitution that allows for like-minded persons to meet and organize formally. That is a freedom enshrined in the constitution and the fact that the Court of Appeal agrees with us and allows us to register as an organization is not only a win for us as an organization, but a win for human rights,” said Njeru Gateru, the executive director of National Gay and Lesbian Human Rights Commission (NGLHRC).

Justice Waki, who was among the majority judges who upheld the High Court’s order said “The issue of LGBT is rarely discussed in public. But it cannot be doubted that it is an emotive issue, the reality is that this group does exit and we can no longer deny that. Let it go down that I will not be the first to throw a stone and harm them.”

However, two judges on the bench, Daniel Musinga and Roselyn Nambuye, dissented and argued that permitting the LGBT community to organize might destroy cultural values of the country.

Members of LGBT communities have often been targets of mob violence. Cases of gay men and transgender women having to flee their homes fearing violence have been documented.

“HIV services are often out of reach for transgender women and gay and bisexual men due to anti-LGBT violence. Thus, they are nearly always disproportionately represented among those not receiving anti-retroviral treatment,” stated a report released last month by the pro-corporate Open For Business, which estimates that this lack of healthcare access to this community inflicts a damage of $80 million and $1 billion per year on the Kenyan economy.

All these travails of the LGBT community continue to remain, because the colonial-era law criminalizing homosexual relations has not yet been  scrapped. However, court’s decision upholding the rights of the LGBT community to form associations is a crucial milestone, which will empower the community to effectively organize resistance, mobilize support and campaign for the decriminalization of homosexuality.