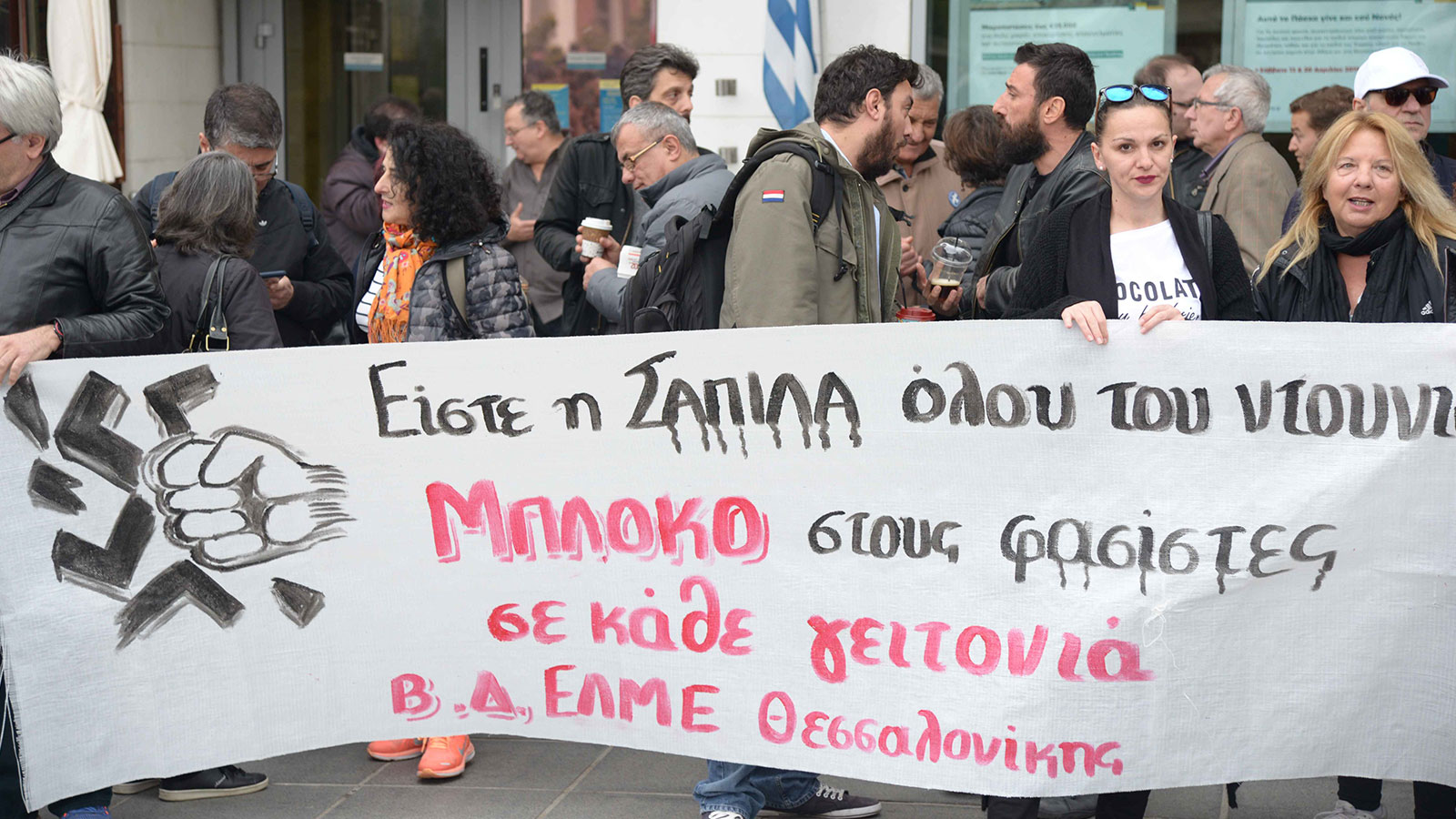 Hundreds of people marched in the Kalamaria municipality of Thessaloniki, Greece, on April 7 to denounce an event conducted by a neo-Nazi group, along with the pro-fascist Golden Dawn party. The event, titled ‘Macedonia Pride’, was organized by a group called the Holy Lodge and was scheduled to take place at the Kodra camp of Kalamaria but got shifted to Astron cinema in Menemeni, in the wake of massive outrage from the progressive sections in the region.

The Kalamaria committee of the Communist Party of Greece (KKE) denounced the event, saying, “Fascist organizations like the Holy Lodge, the Golden Dawn killers, and the system that gives them birth, will not be tolerated. They come to our city with racist and fascist slogans to misguide the workers, the grassroots and the youth of our region”.

The regional secondary school teachers’ union (ELME) in Thessaloniki said, “The neo-Nazi fascists and nationalists are undesirable in Kalamaria and in every corner of our homeland, in every working and people’s space.”

Right-wing groups in Greece have been trying to stir up hyper-nationalist feelings in the country, especially after the Prespes Agreement between Greece and the Republic of North Macedonia. The agreement legitimized the latter’s claim to use the name of ancient Macedonia as the country’s constitutional name (formerly Republic of Macedonia).

A-Infos stated that the Syriza’s (the Coalition of the Radical Left) attempt to pursue the Prespes Agreement in a line dictated by the European Union (EU) and North Atlantic Treaty Organization (NATO) had helped the neo-Nazis reignite hyper-nationalist campaigns in the country.