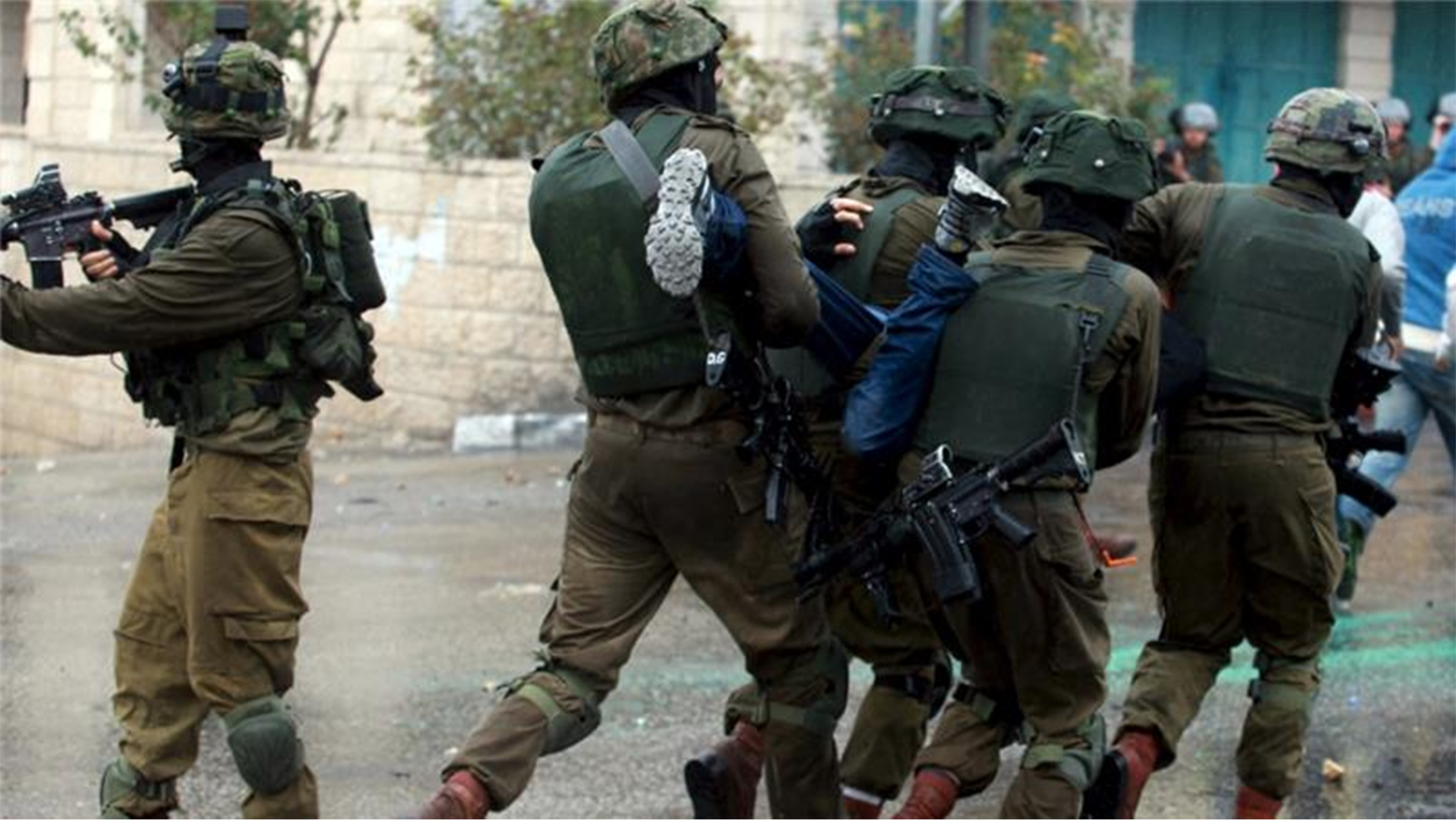 Mohammed Tamimi, the brother of well known teenage Palestinian resistance activist, Ahed Tamimi, was arrested by Israeli occupation forces in the early hours of Monday from the Tamimi family’s home in the occupied West Bank. Bassem Tamimi, the father, said that Mohammed had suffered a broken arm during weekend protests in their village of Nabi Sali.

Nariman Tamimi, their mother, posted a video on Facebook which showed Israeli soldiers encircling her son, with her daughter shouting at them in the background, saying, “Stop, or I will hit you.” Ahed and her mother were both sentenced to eights months in an Israeli jail last year following an incident when Ahed slapped two Israeli soldiers who had forcibly entered their home and shot her cousin point blank in the head.

There is no official statement yet from the Israeli army indicating the reason for Mohammed’s arrest. However, in another statement, the army did say that they had detained 21 Palestinians during overnight raids that were carried out across the occupied West Bank on Monday. The statement further said that the individuals had been detained for “suspected involvement in popular hostile activities,” without elaborating on the nature of these alleged ‘activities’.

Last week, the Israeli army carried out raids over two days, arresting close to 30 Palestinians in the occupied West Bank and East Jerusalem. West Bank Hamas founder and leader MP Hassan Yousef was also among the arrested. Yousef was picked up from his home in Bitonya, west of Ramallah. Israel later decided to give Yousef a six month detention order without trial, according to his family and the Israeli state security agency Shin Bet. Yousef’s son, Owais, denounced the decision, saying that his father suffers from diabetes and high blood pressure. He also noted that his father had spent around 20 years in prison in total, most recently being released from detention in October 2018.

Similar incidents were also reported in March, with Israel detaining three Palestinian students from West Bank’s Birzeit university on March 26, arresting 29 Palestinians on March 13 and another seven in overnight raids across the West Bank on March 18. In each of these cases, the army stated that the detainees were arrested for “suspected involvement in terrorist activities,” without specifying what the activities were.

The Israeli army frequently carries out these kinds of large scale, massive detention raids across the West Bank and East Jerusalem on the pretext of attempting to catch hold of “wanted” Palestinians. Many have noted a surge in these raids, and subsequent detentions, over the last one month in the run up to the Israeli elections. The surge has been attributed to the ultra right-wing Israeli prime minister Benjamin Netanyahu’s attempts to project his toughness and harshness towards “Palestinians terrorists” amid accusations from his opposition “of being too soft and weak in dealing with them”.

According to Ramallah-based Palestinian Authority’s Committee for Prisoners’ Affairs, the total number of Palestinians currently imprisoned by Israel is 5,700, including 48 women and 250 children, as well as various prominent lawmakers and politicians.