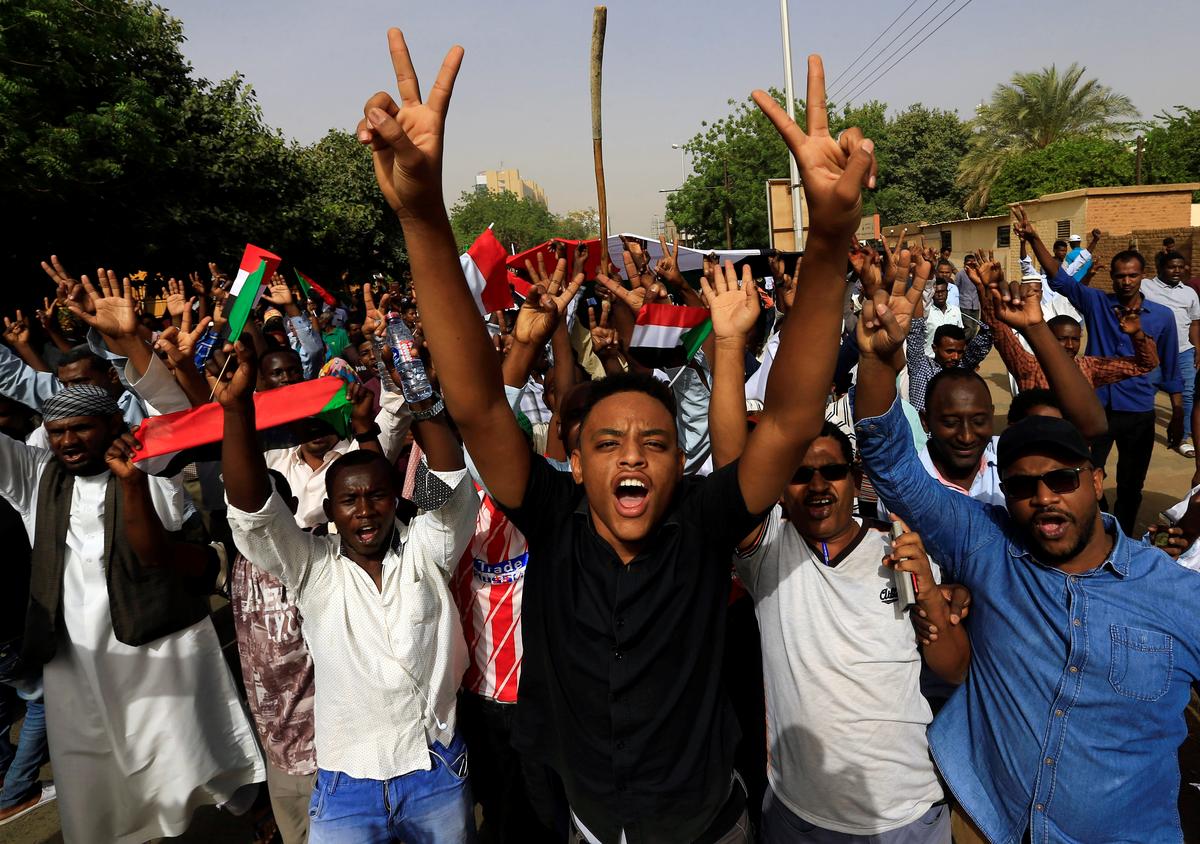 Over the past few days, protesters had camped in front of army headquarters, urging soldiers to join the months-long protests.

Omar al-Bashir, who was president of Sudan for nearly 30 years, has been forced out by Sudanese army after months of popular protests that rocked the country. Media reports say al-Bashir is under house arrest. Government sources have said that consultations are on to set up a transitional government, which might be led by vice-president Awad Awnaf.

Reports say all political prisoners have been released and some government officials may be in detention.

However, various organizations which have been in the forefront of the protests which finally led to the removal of al-Bashir have made it clear they will not accept a dispensation which has links to the previous regime. The Sudanese Professionals Association said in a statement, “We assert that the people of Sudan will not accept anything less than a civil transitional authority composed of a patriotic group of experts who were not involved with the tyrannical regime.”

It asked the armed forces to “hand over power to the people, according to what was expressed in the declaration of freedom and change.” The armed forces are expected to make a statement on Wednesday.

With news of Bashir’s ouster spreading, thousands of Sudanese thronged the streets of the capital city Khartoum to celebrate. Protesters were heard chanting slogans such as “He is a coward and he has fallen!” There was general bonhomie between the protesters and army personnel. However, experts have said that a lot depends on whether the army will bow before the will of the people and give up its power, or seek to prop up elements of the current regime.

The past few days saw the biggest mobilizations in the country since December 19, when protests broke out over the hike in the rate of bread prices. These protests soon escalated into a demand for the ouster of the al-Bashir regime From April 6, thousands of Sudanese mobilized at the headquarters of the army in various States, urging the soldiers to join the protests. Attempts by security forces and militia loyal to al-Bashir to break up the demonstrations failed when some soldiers and junior officers came out and fired at the security forces. As many as 26 peoples were killed and around 160-170 injured since April 6.

The regime of al-Bashir had responded brutally to the protests since December, leading to innumerable deaths, injuries and arrests. It imposed an emergency, giving security forces a free hand in unleashing repression. Speaking to Peoples Dispatch in March, Dr. Fathi Elfad, secretary of information bureau of the Sudanese Community Party, one of the key parties taking part in the protests, had said that the uprising would continue it “reaches its goal of overthrowing the regime, dismantling and liquidating it.”

Omar al-Bashir has been convicted by the International Criminal Court for war crimes and crimes against humanity for being complicit in the massacres in Darfur.