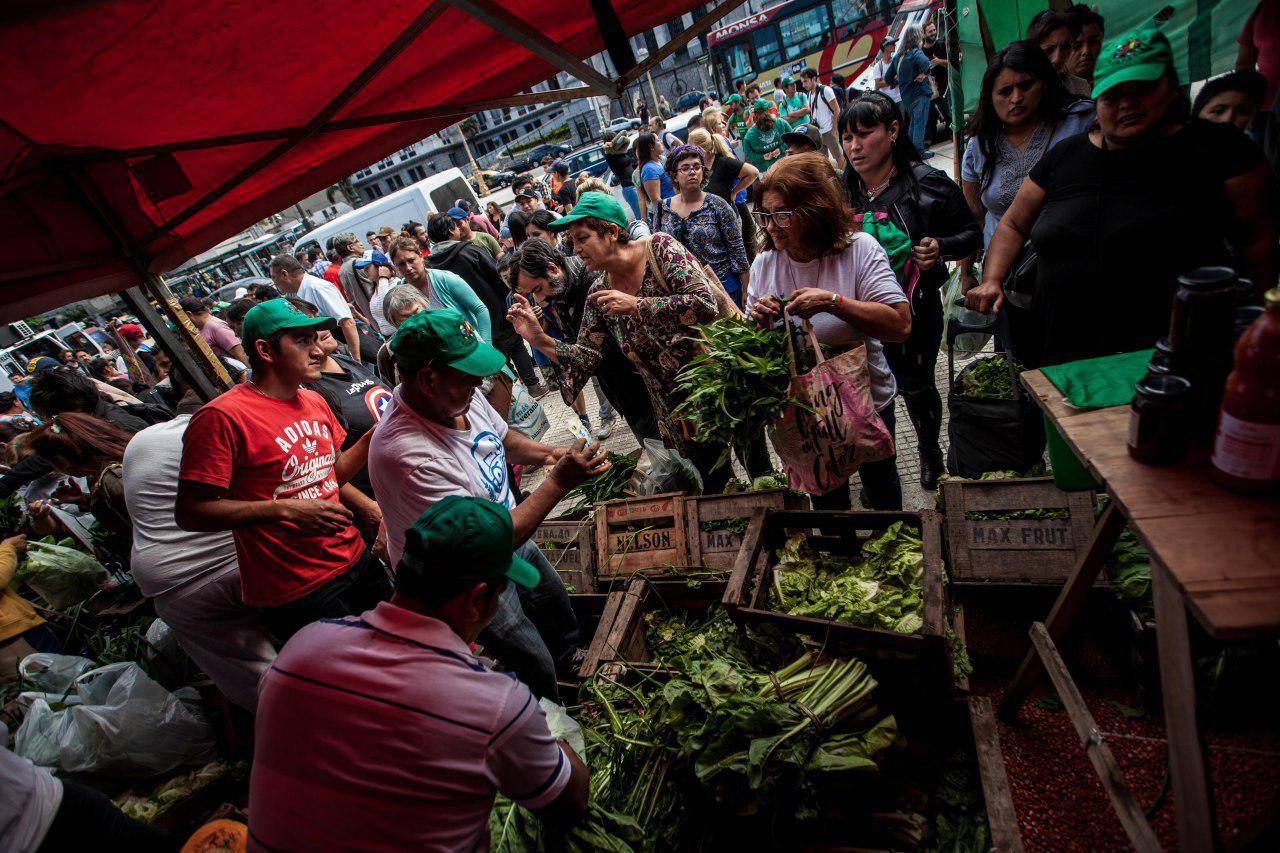 On April 17, on the occasion of International Day of Peasants’ Struggle, small and medium scale agricultural producers, family farming organizations, Indigenous people and rural workers held a verdurazo in front of the National Congress, in Buenos Aires. They were protesting the rampant inflation, and demanded better policies for Argentine agricultural sector.

Verdurazo is a form of protest in which agricultural producers give away fruits and vegetables for free in order to draw attention to the difficult economic situation faced by  them, as well as consumers.

The protest was organized to highlight the increase in poverty. The protesters also demanded the regulation of the family farming law, declaration of a family farming emergency law, advancement of the law of access to land, access to soft loans, public policies for the sector and withdrawal of the modification of the seeds law. The protesters condemned the closure of state agricultural institutions such as the ministry of agribusiness and budget cuts in the National Institute of Agricultural Technology (INTA).

Over the afternoon, more than a thousand people came to look at the food that the producers offered for free, given the high costs in grocery stores and supermarkets. However, there were many people who also gathered to support the mobilization.

In Argentina, more than 70% of agricultural families do not own their land or are in conflict over their possession. About 90% of the sector rents land at steep rates of up to 15,000 pesos per hectare. In addition, they pay unsubsidized electricity and water bills of 20,000 to 30,000 pesos, which have recently been hiked.

In December 2018, the right-wing government of the Cambiemos party, led by president Mauricio Macri announced increases in the tariffs of basic public services, such as water, electricity, residential gas and transportation. On January 12, an increase of 40% in transportation was implemented and from February 1, rates of electricity services were increased by 32% and residential gas by 35%. A 38% increase in water bills was implemented in March. In April, drinking water and electricity tariffs were further increased by 50% and 55% respectively. These austerity measures are a result of the terms and conditions put forth by the International Monetary Fund (IMF) in exchange for a credit of USD 57 billion. The IMF demanded that the Argentine government reduce its fiscal deficit and apply severe budgetary adjustments between 2018 and 2019.

At the end of the event, the organizations held a press conference and announced the formation of a people’s agrarian program on May 7 and 8 at the stadium of West Ferro Carril Club, Buenos Aires.