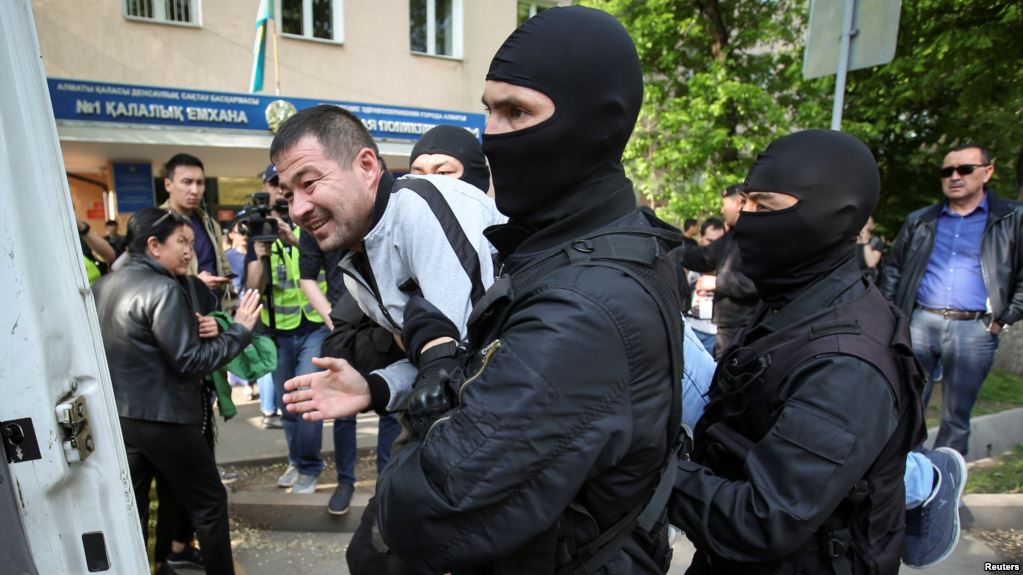 Many of the protesters on May 1 also declared their intention to boycott the upcoming elections.

Ahead of elections on June 9, protests have broken out against the interim government of Kazakhstan. Dozens of activists have been detained while demanding the release of political prisoners. On May 1, hundreds of people marched on the streets, chanting “Not afraid of speaking” about the wrongs committed by the regime of former president Nursultan Nazarbayev. Many of them also declared their intention to boycott the elections.

Protesters congregated at places like Nur Sultan, Qaraghandy and in the northern Aqtobe and southern Shymkent for several hours, raising anti-government slogans such as”Down with the government” “Wake up Kazakhs”. These are believed to be the largest round of protests in the country since the movement for land reforms in 2016.

The protesters sought the immediate release of political activists, who were arrested in Almaty in April during the election campaign. They also wanted the interim government of Kassym-Jomart Tokayev to revoke laws that give the state apparatus power to crack down on dissent and ban political gatherings. The protesters have threatened to boycott polls if these demands are not met.

According to Amnesty International, two activists, Asiya Tulesova and Beibarys Alymbekov, were arrested on charges of unfurling a banner in Almaty on April 21. They were campaigning for free and fair elections in the country. Earlier, on March 10, human rights defender Serikzhan Bilash, head of the organization, Atajurt, was also put under house arrest.

The country of 18.7 million was ruled by Nazarbayev since its formation after the collapse of the Soviet Union till March this year, when he stepped down. He continues to head the ruling Nur Otan Party. His daughter, Darigha, is also a key member of the power structure.

Similar protests had broken out in 2011 and 2016 over attempts by Nazarbayev to favor the private sector. The simmering anger since then has broken out into full-fledged protests now.