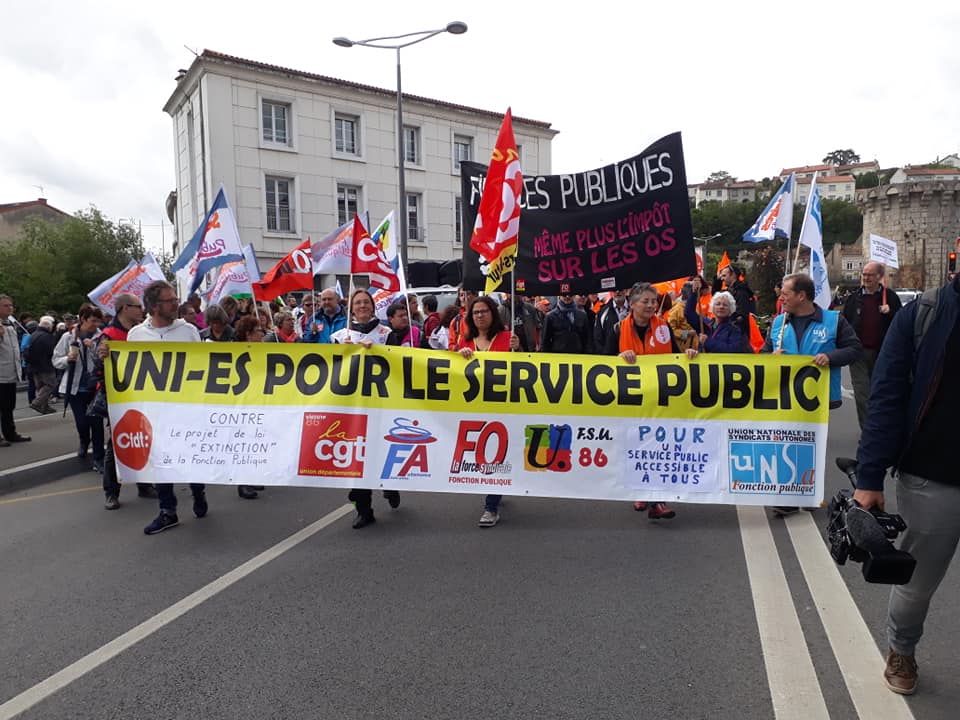 Over 250,000 people are believed to have taken part in protests across the country.

On May 9, several French trade unions observed a national strike and staged demonstrations in different cities of France. They were protesting a new public reform bill by the Emmanuel Macron government. The bill aims to make enormous fund cuts in the public service sector and would result in the loss of 120,000 jobs over the next three years. It is currently under consideration in the parliament. The unions also demanded an end to the pay freeze, and a pay increase for all public sector workers.

The bill calls for extending the use of contract staff for managerial positions in French States and their public institutions. It would enable the mobilization of external expertise for the conduct or implementation of a project, as well as for authorization of contract recruitment for permanent jobs in certain sectors.

The protesters raised banners and shouted slogans which said “Chase Macron”, “Patients everywhere and no caregivers”, “Exhausted caregivers, hospital in danger”, “Stop the scrapping of the civil services”, “By dint of privatizing everything, we will end up deprived of everything”, etc.

The CGT claimed that “all reforms affecting public services, their management and operation are in fact a massive transfer of activities and the wage bill from the public sector to the private sector, i.e., the merchant sector”.

“The CGT reiterates that the activities related to the response to needs can in no case be handed over to the management of private companies seeking profit. The response to basic human needs must remain the goal of public service. It is the only way to guarantee access for all to education and training services, social action and health, decent employment, justice and security, housing, transport, energy, water, information, culture and communication,” the union said.

All sectors of French society, especially the working class, students and youth, have been reeling under the austerity measures of president Emmanuel Macron. The Gilets Jaunes (Yellow Vests) protests that started in November 2018 as a spontaneous manifestation against the fuel price hike, are still going on after 25 consecutive weeks, crystallizing the widespread anger against the policies of the government.

70,000 university staff mobilize across the UK for pay and pensions
RECENT ARTICLES