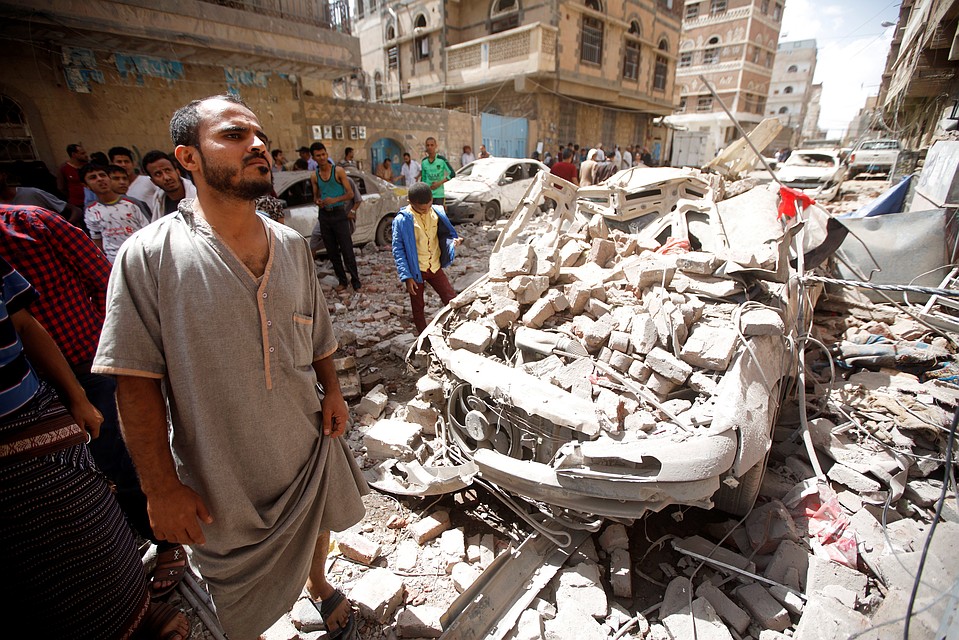 The Saudi-UAE led military coalition conducted airstrikes on the Houthi-controlled Yemeni capital Sanaa on May 16. The airstrikes killed six civilians, including four children, and injured 52 others, including two Russian women working in the healthcare sector.

The airstrikes were conducted in retaliation for the drone attacks two days ago on a key oil pipeline, as well as two oil pumping stations, in Saudi Arabia for which the Houthis claimed responsibility. The coalition, in a statement, said that they had targeted nine military sites in and around the city to neutralize “the ability of the Houthi rebels to carry out acts of aggression”.

Houthi-run Masirah television reported that there were six airstrikes on the Arhab district of Sanaa. Doctors Without Borders (MSF) said that two hospitals supported by it had taken in 48 injured people and four dead in the fallout of the airstrikes. The United Nations humanitarian coordinator said that according to preliminary reports, the number of children killed could go up to five.

One of the airstrikes destroyed a building in the al-Raqas neighborhood, killing an entire family. Fighting also broke out in the Dhale governorate in southern Yemen between the Houthis and the Saudi-backed militias, killing 27 people, according to Mohammed Askar, the Yemeni human rights minister.

Fighting between the two forces was reported from the Red Sea port city of Hodeidah as well, even though the UN had reported a successful implementation of a Houthi withdrawal deal from Hodeidah and two other Red Sea ports last week. The deal was reached following peace talks in Stockholm, Sweden, in December 2018. It was viewed as a significant step forward in de-escalating violence in the region.

The withdrawal deal was put into doubt after the Houthis claimed responsibility for the drone attacks in Saudi Arabia. Houthi spokesperson Mohammed Abdul Salam tweeted, “The drone strikes were a response to the genocide and aggression of the bloody air war the western backed coalition has led in Yemen since March 2015.”

Saudi Arabia’s defense minister, Prince Khalid bin Salman, said, “The terrorist acts, ordered by the regime in Tehran, and carried out by the Houthis, are tightening the noose around the ongoing political efforts.” Condemning the Saudi airstrikes in Yemen, Iran’s foreign ministry called upon the international community to “act according to their responsibility to prevent the repetition of these crimes.”

The Saudi-led coalition had intervened in Yemen in March 2015 to try and restore the western backed government of Abd Rabbu Mansour Hadi, that was overthrown by the Houthis in late 2014. The coalition is backed by the United States, United Kingdom and France, who provide them with billions of dollars worth of arms, besides intelligence and logistical support.

The UN warned that the renewed fighting and violence threatens to derail the peace agreement reached in Sweden last year.

The UN has called the situation in Yemen the world’s worst humanitarian crisis. The coalition has conducted more than 19,000 air raids in the region. More than 70,000 people have been killed until now, with the country also witnessing the biggest outbreak of Cholera in modern history. More than 14 million Yemenis have been brought to the brink of famine and more than 24.1 million are dependent on aid for their daily survival.

The war on the Yemeni people has entered a new stage