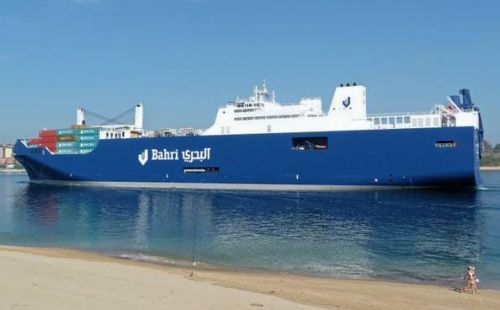 Workers at the Genoa port refused to load shipment onto a ship that contains armaments intended to be used in the war in Yemen.

Workers at the Genoa port in north-west Italy went on a strike on May 20, protesting the Italian authorities’ decision to grant access to a weapon-carrying Saudi Arabia cargo ship to dock at the port. They refused to load shipment onto the ship, ‘Bahri Yanbu’. The armaments in the ship are reportedly intended to be used in the war in Yemen.

The ship also met with protests on May 9 at the Le Havre port in France, where it was prevented from loading a planned arms shipment by humanitarian groups. On May 13, protests were held against the ship in the northern Spanish town of Santander.

In a joint statement, the dock workers and transport workers from the Italian General Confederation of Labor (CGIL) in Genoa said, “We believe this resistance is our small contribution to resolve a big problem for a population that is killed daily in wars. We want to report the national public opinion. And not only that, as other ports in Europe have already done, we will not become accomplices of this arms trade. We expect the government and institutions to respect international agreements. We continue to think that Italian ports must be open for people and closed to weapons.”

Contropiano reported that the ship contains weapons loaded from Sunny Point in the United States, the world’s largest military terminal, from Antwerp in Belgium, and from Santander in Spain.

The US, UK and France are providing arms and technical support to the Saudi-led war in Yemen, in which more than 70,000 people have been killed. The relentless airstrikes by Saudi Arabia and the United Arab Emirates have led to numerous civilian killings, as well as destruction of vital infrastructures like hospitals and sewage treatment systems. According to the Armed Conflict Location & Event Data Project, more than 4,800 civilians have been killed by the Saudi-led forces since 2016. The UN has called the situation in Yemen the world’s worst humanitarian crisis. More than 14 million Yemenis have been brought to the brink of `famine and more than 24.1 million are dependent on aid for their daily survival.