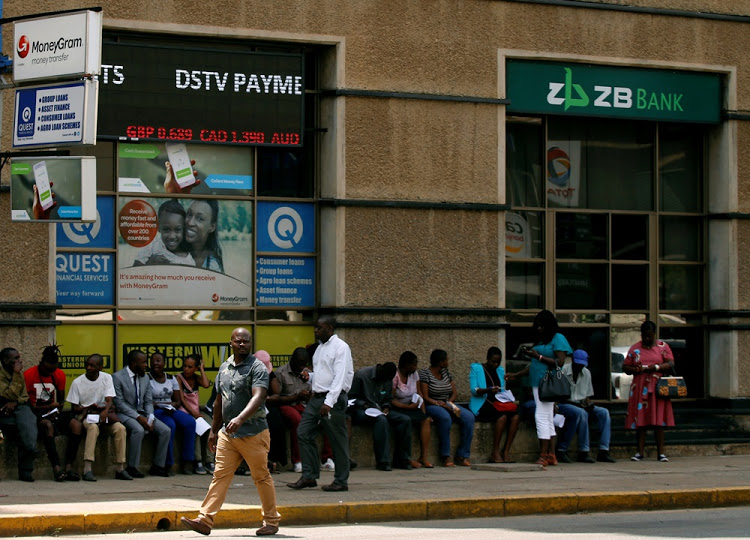 Zimbabweans line up outside a bank in Harare, Zimbabwe, February 25, 2019. Photo: REUTERS/Philimon Bulawayo

The United Food and Allied Workers Union of Zimbabwe (UFAWUZ) has demanded immediate measures to address the acute crisis in the food and agriculture sector. The sector has been hit by deindustrialization and soaring unemployment, mainly due to the implementation of neoliberal policies.

The UFAWUZ, in a petition to the president, demanded the scrapping of multiple taxation of workers, payments in USD instead of RTGS – a quasi-currency that was originally pegged to USD but has been losing value fast – and a raise in minimum wages. The petition also calls for an end to “labour flexibility, casualization of labour, unilateral variation of conditions of service, outsourcing and unsafe work conditions.”

The food industry includes agriculture (which is the largest employer within the sector), sugar refineries, breweries, grain milling, confectionaries, bakeries etc and is the largest source of employment in the country.

However, the sector is today employing only 16% of the workers it could potentially provide a livelihood to. While the sector has the potential to employ 500,000 workers, a mere 80,000 currently work in this sector, the petition states. The real incomes of those employed has been declining at a sharp rate.

This, however, was not always the case. “Zimbabwe was a heavily industrialised country. However, towards the mid 1990s, IMF-friendly policies were introduced. We witnessed massive retrenchment, privatization of State Owned Enterprises, increasing labour flexibility and reduction of public spending,” General Secretary of UFAWUZ, Ady Mutero, told People’s Dispatch.

Emmerson Mnangagwa, who replaced Robert Mugabe as the president in 2017 promising to address the economic crisis which had by then reached a tipping point, took no measures to reverse the decline, he said. “Instead, [he] worsened the crisis with policy inconsistencies,” which “scared away potential investors”, despite the business-friendly policies of the state.

It has “caused business to trade on temporary basis, expropriating profits without investing locally. The majority of the companies doing businesses in Zimbabwe are doing so to specifically take raw materials”, without making any “value addition”, he highlighted.

However, he added, if there is a change in policy direction, this decline can be reversed, and Zimbabwe can be restored to its former position as an “industrial hub” and the “breadbasket of Africa”.

Why are the workers demanding payment in USD?

One of the immediate measures demanded in the petition is the scrapping of Real Time Gross Settlement (RTGS) dollars, and payment in USD. In 2009, when the inflation was spiraling out of control, Zimbabwe, instead of fixing the problems with its national currency, abandoned it and adopted USD.

However, when reliance on foreign currency became increasingly untenable, bond notes pegged to USD were introduced as a quasi-currency. While the government initially maintained that these bond notes were equal to USD in value, the former’s value rapidly declined vis-a-vis the latter.

By the beginning of this year retailers had begun to charge four times higher for basic goods when paid in bond notes instead of USD. Finally, in February this year, the government, abandoned its pretense about 1:1 ratio of the value of bond notes to USD, and clarified that the value RTGS – which includes electronic currency and bond notes – will be determined by the market forces.

“In our country today, the USD has become a highly sought after and expensive commodity. Bread, medicines, school fees – all have to be paid for in USD”, Mutero said. But the wages are paid in RTGS. This is forcing the workers to go to the black market to buy USD at a premium using the RTGS.

“It is not that as a country we are in favour of being paid in USD. We don’t want USD here,” he clarified. “But we need this as a temporary measure while” measures are implemented to fix the economy.

Another demand made in the petition is the increase of minimum wage from the current RTGS$260.00, which is equivalent to US$50, to USD$750. While this demand for a 1500% hike in minimum wage might sound unreasonable and unachievable, Mutero explained, this is the extent to which workers have actually lost their purchasing power.

“Before the introduction of the new monetary policy [of paying in quasi currency] in October 2018, the workers were earning in USD.. For a very short period [after], the bond notes traded at a 1:1 ratio with the USD. However, the markets soon started losing faith in this surrogate currency and the government began devaluation. This amounted to reducing the salaries of the employees. On the other hand, business reacted by increasing prices to retain optimal values,” he said.

“This”, he added, “is where the bone of contention lies. Salaries lagged behind when prices were increasing.. So we are simply demanding a restoration of our salaries to the value it had before the shift from paying wages in USD to RTGS in October 2018.”

Intermediated Money Transfer Tax: “a form of taxing the poor to fund the rich”

The same month, Intermediated Money Transfer Tax, which has come to be known in the country as the ‘2 cents tax’, was introduced. This entailed a tax of US$0.02 on every transaction above ten dollars, with a ceiling of $10,000 as a flat tax on every transaction equal to or higher than $500,000.

This tax, which is in addition to the already existing PAYE and VAT, is applicable not only to businesses but also to individual transactions. “Through this tax arrangement, which is a form of taxing the poor to fund the rich.. the government is taxing all citizens multiple times,” he said.

To withdraw from bank the money a worker is paid as salary, he or she has to pay a tax. “While on paper, the workers are legally earning an average minimum wage of RTGS$260, this is gross earning. Their net earning depends on the number of transactions made”, he said, complaining that the net earning after these tax deductions falls below RTGS$150 on an average.

Furthermore, given the shortage of cash, most of the payments are made electronically, each of which is a transaction that is taxable. In April this year, “the finance minister reported that the country realized a budget surplus of RTGS $85 million in February 2019. This money is being extracted from the poor” through such taxation. “This is why we are calling for the immediate scrapping of this multiple taxation.”

Adding to the crisis of severe loss of purchasing power of the workers, the government, on Tuesday, hiked the fuel price by a further 50%. The 150% price hike in January had triggered widespread protests. When the government unleashed its security forces to crackdown on these protests, 17 people were killed. Thousands who were arrested continued to remain in jail, at least as on March this year.

After announcing the hike on Tuesday, the government has declared a “security alert” anticipating more protests. “The situation is fast degenerating towards a tipping point. Anything can happen within the next few weeks if not days,” Mutero said.

“The mood is highly charged and unpredictable. The ordinary majority have been thrown in the deep end of poverty. With.. fuel [price] increase and an impending price increase of all [basic commodities.. revolting is not only an option but a must.” 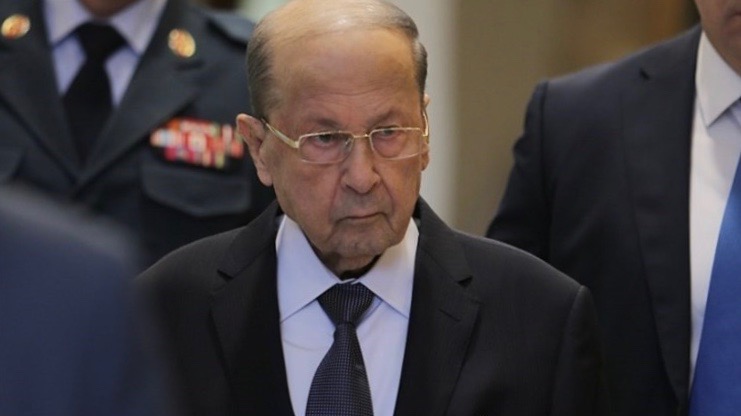 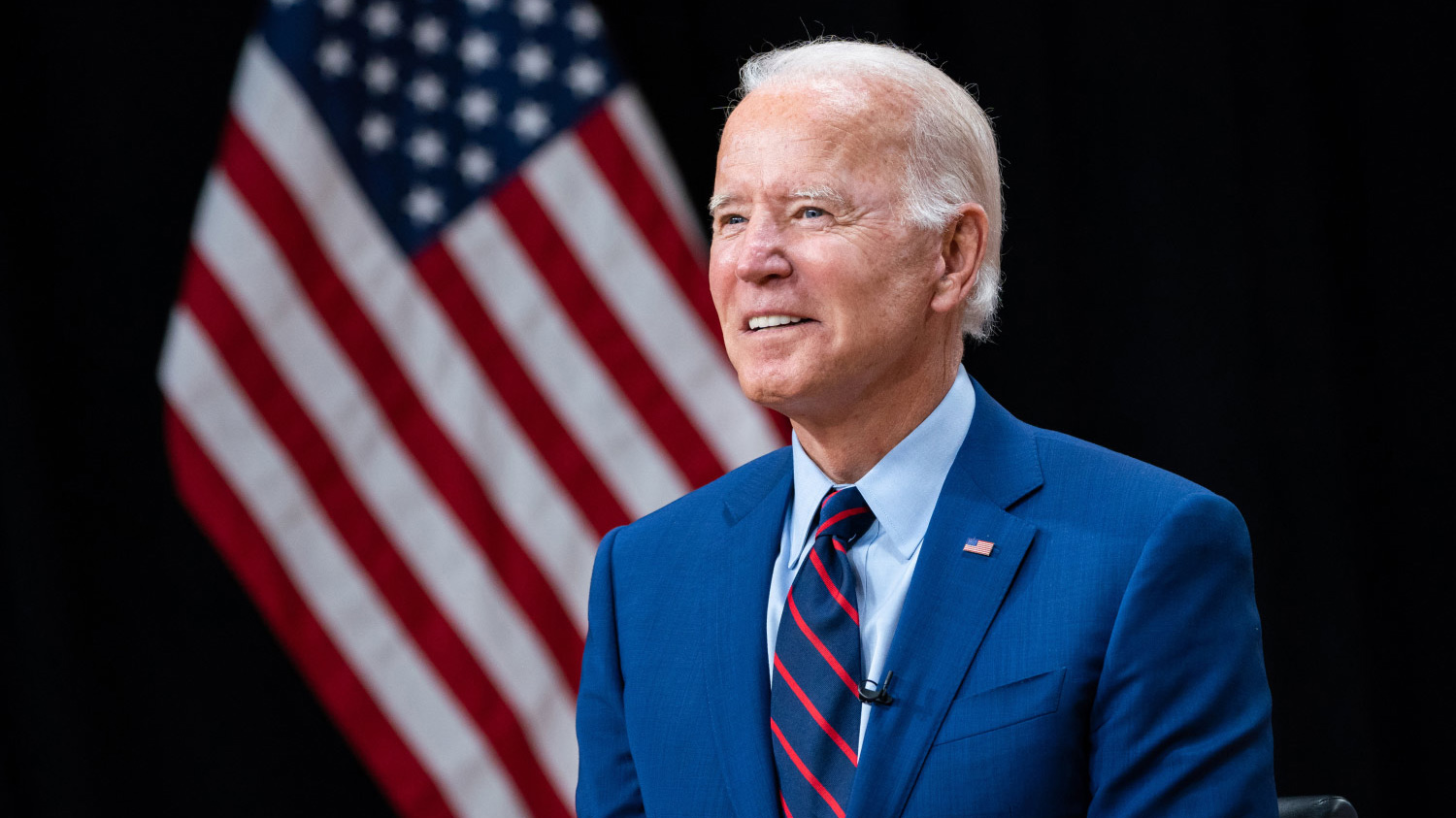 Why Democrats could lose in the midterms
RECENT ARTICLES