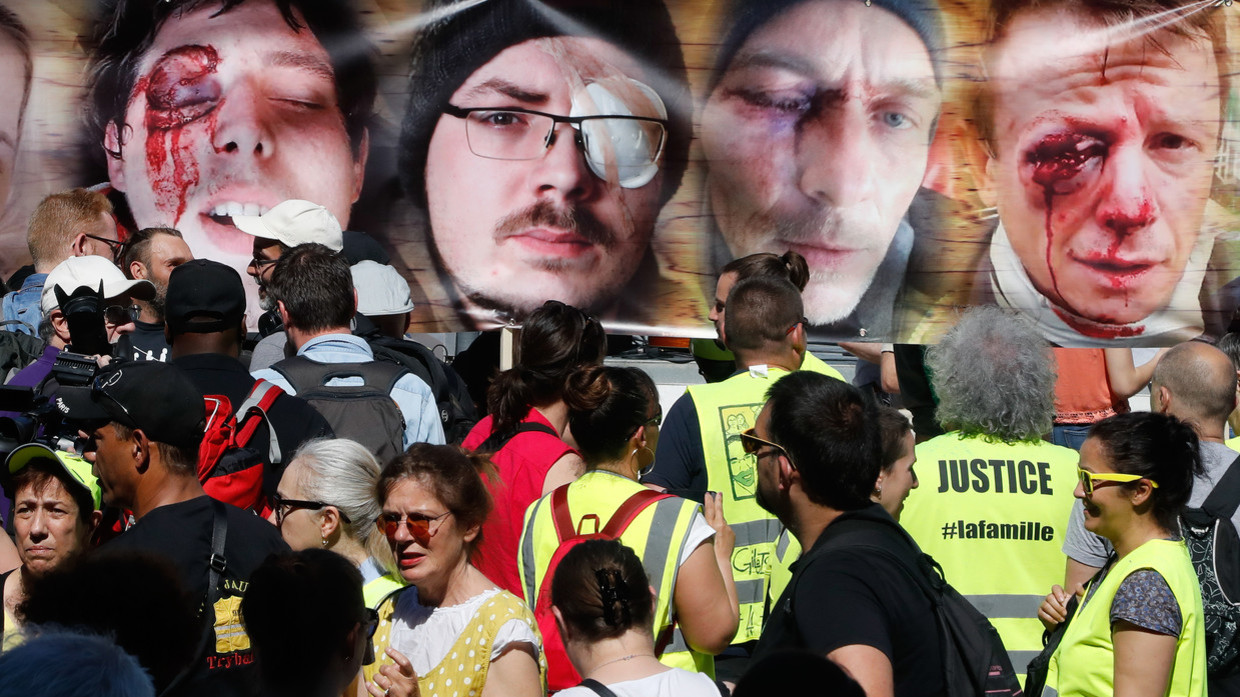 The 'March of the Wounded' condemned police atrocities on the protesters.

Thousands of protesters took part in the Yellow Vests protests for the 29th consecutive week on June 2 in various parts of France. Last week’s protests were termed the ‘March of the Wounded’, and were attended in large numbers by those who were injured due to police brutality during the months-long demonstrations. The marchers also registered their strong opposition to the 5.9 % hike in the power prices of the state-controlled utility, Électricité de France S.A. (EDF). This hike, which came into effect on June 1, is the highest increase in the last 20 years.

According to reports, more than 1,000 protesters marched in Paris alone and tens of thousands of people participated in marches in other parts of the country.

Patrice, a protester who lost an eye as the result of a flash-ball (Lanceur de balle de défense; LBD), a weapon used by the police, told Ruptly that “We really feel the big, big repression of the state, who want to break the movement of Yellow Vests with violence. There is this willingness to frighten.”

The Yellow Vests movement began on November 17, 2018 after the Macron-led government announced a hike in fuel taxes, purportedly to combat climate change. This decision triggered the anger of the masses against all the anti-poor reforms that Macron has passed since taking office. In the face of huge mobilizations, the government was forced to roll back the tax hike. In addition, Macron also announced tax cuts for pensioners and asked bosses to give bonuses to their workers. But these small overtures failed to placate the anger of the working and lower middle classes.