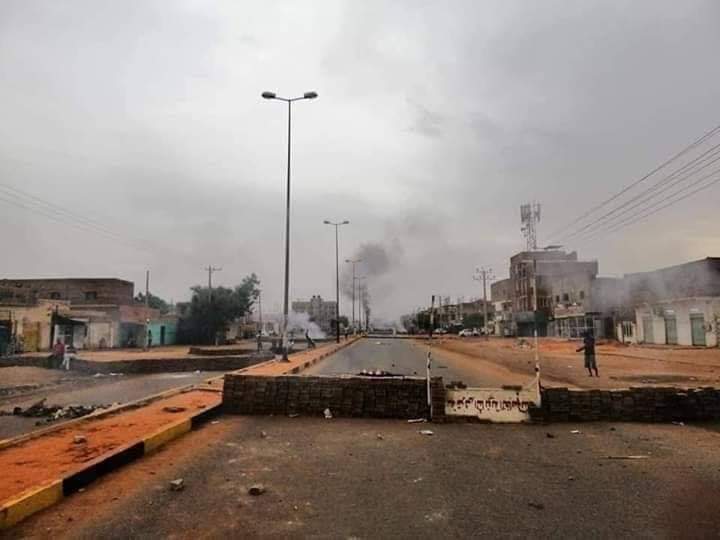 Two civilians were shot dead yesterday in the city of Khartoum North by the Rapid Support Force (RSF) militiamen. The RSF have been patrolling the streets of the capital on pick-up trucks mounted with machine guns for the last week, terrorizing the civilians.

According to a statement by the Central Committee of Sudanese Doctors, two protesters died of injuries they sustained after being beaten up and stabbed by the RSF in Khartoum’s twin city of Omdurman across the river Nile. Last week, miliamen dumped at least 40 bodies of the over hundred protesters they’d massacred on June 3 in the same river.

Despite the repression, the civil disobedience which started on Sunday at the call of Sudanese Professionals Association (SPA) has continued. For the past few days, banks, airports, public transport etc. have been completely paralyzed. Most of the shops remain shuttered and the business district in central Khartoum is deserted.

In order to deny the military junta the access to finances and paralyze the state apparatus, the SPA has also called on all Sudanese, including the diaspora staying abroad, to avoid making transactions through banks.

The Central Bank of Sudan, whose employees were terrorized by militiamen for undertaking strike action on May 28 and 29, released an official statement saying that the bank will not be participating in the current strike, called as a part of the civil disobedience action. However, most employees reportedly did not report to work.

Attempts of the military to force the striking staff of Port Sudan to work failed and as all operations there were brought to a halt. A number of workers in aviation, banking and electricity sector have been detained and the SPA said they fear the move was in an attempt to force them to work. Unconfirmed reports estimate the total number of arrests over the last few days to be several hundred.

According to a statement by the SPA, the RSF has “completely shut down” eight hospitals. The militia men attacked the doctors who were treating the protesters injured in last Monday’s massacre and forced many patients out and beat many to death.

Preparations for civil disobedience has been made in advance

One day prior to the start of the civil disobedience, the SPA put out a statement announcing that the preparations were complete. Committees have been formed in all neighborhoods, with different people tasked with different responsibilities.

These include “ensuring the presence of food and drinking sources for the residents of the neighborhood, especially the elderly, the children and the needy”, “relocation of emergency patients to hospitals in coordination with the sub-medical committees” and spreading information to houses in the neighborhood to raise awareness about the political situation and explain the goals of the civil disobedience.

With the internet blockade still in place, all the coordination and awareness raising work is being carried out mostly through SMS, and also through hand-written notes circulated by committees formed in the neighborhoods.

The SPA has also called for protesters to erect barricades on all major roads and bridges. However, unlike the barricades that were erected around the sit-in demonstration that was dispersed, these barricades are not to be guarded.

In order to avoid confrontation with the RSF militia, the SPA has given a call to “barricade and withdraw”. Should the barricades be demolished by the militia, the protesters have been advised not to intervene but to withdraw to safety quickly, and then rebuild after they leave.

“They dismantled the barricade, we built it again. They dismantled again, and we rebuilt it. It was a game of cat and mouse,” one protester was reported to have said, recounting his experience on the streets, which protesters are attempting to reclaim again.

In the city of Omdurman, a mass rally took place on Friday night, followed by smaller marches on Saturday. Rallies in the city of Bahri (known also as Khartoum North), which lies to the north of the capital city in Khartoum state, reportedly came under attack prior to the start of the civil disobedience.

A sinister plot for a bloodbath

The streets in Khartoum, however, remain mostly deserted, as the RSF continue to patrol with guns. In addition to these militiamen, multiple eyewitnesses have told journalists that “unknown gangs” have been found on the streets. The health ministry has said that as a result of the activities of “outlaws”, 11 people have been murdered over the two days prior to the start of civil disobedience.

Loudspeakers in mosques have been calling on citizens to get armed to defend themselves from “gangs”. However, these announcements are not made by the staff of the mosques. One eyewitness who spoke to a reporter claimed that microphone was handled from a car parked outside a mosque.

In the meantime, “groups of unknown armed men have left the weapons, including guns and other light weapons, in the streets of many residential areas,” one eyewitness told Middle East Eye, adding, “I saw it myself”.

This plot, one SPA spokesperson said, is the military junta’s “big conspiracy.. to drag us towards violence. They are using the microphones of the mosques to spread rumours that people should stand to protect themselves.. [On the other hand], they are intentionally leaving weapons on the street to encourage the protesters to use them.”

Cautioning the protesters from falling for the bait, he reiterated, “Our strongest weapons are our peaceful protests, so let us stick with it.” 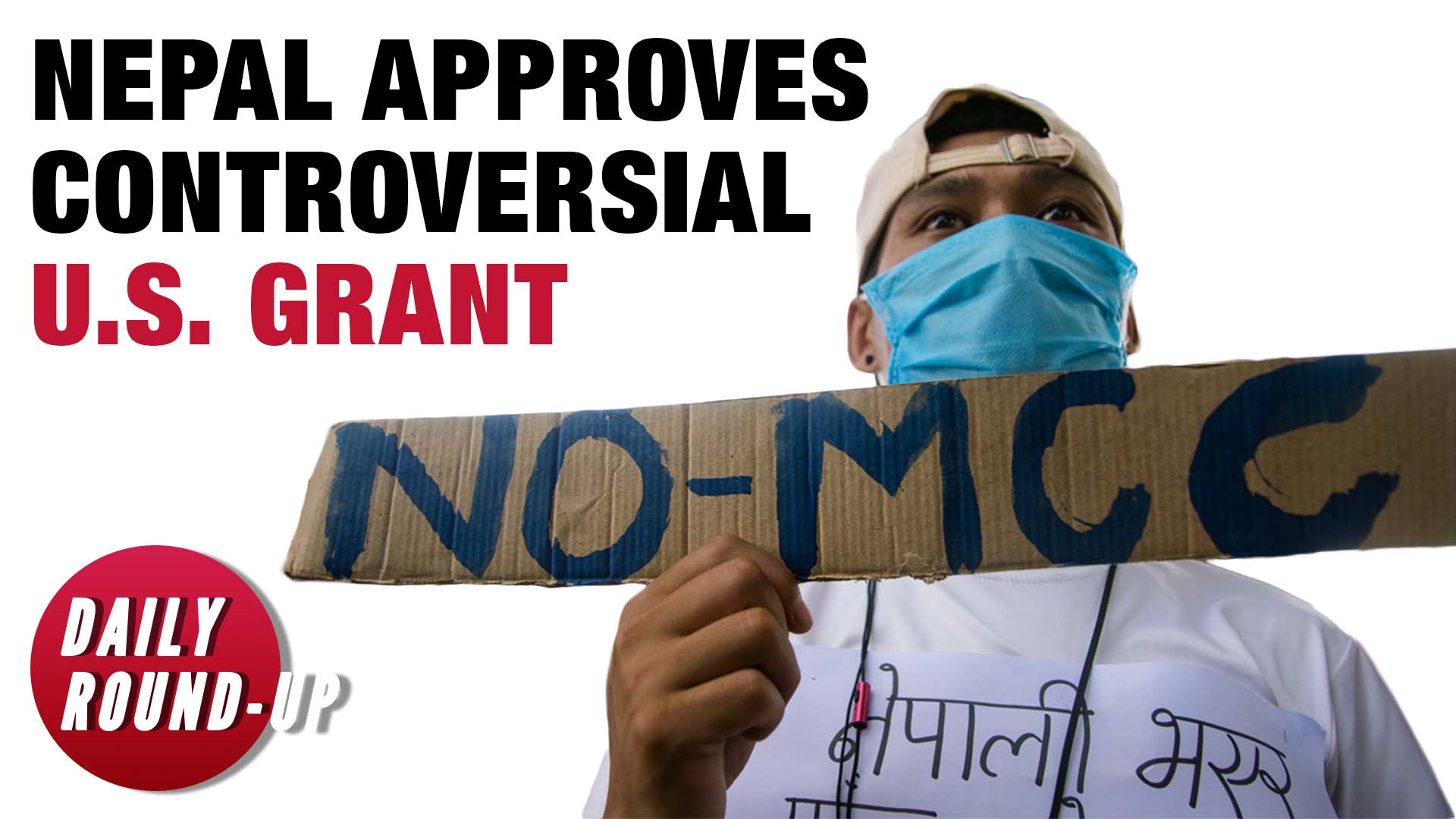 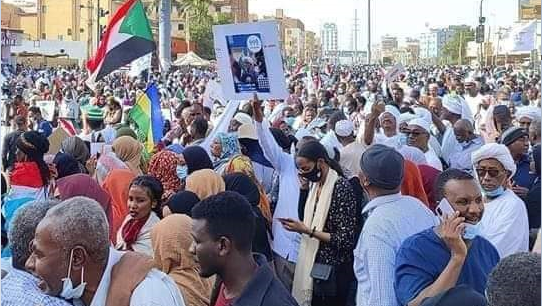