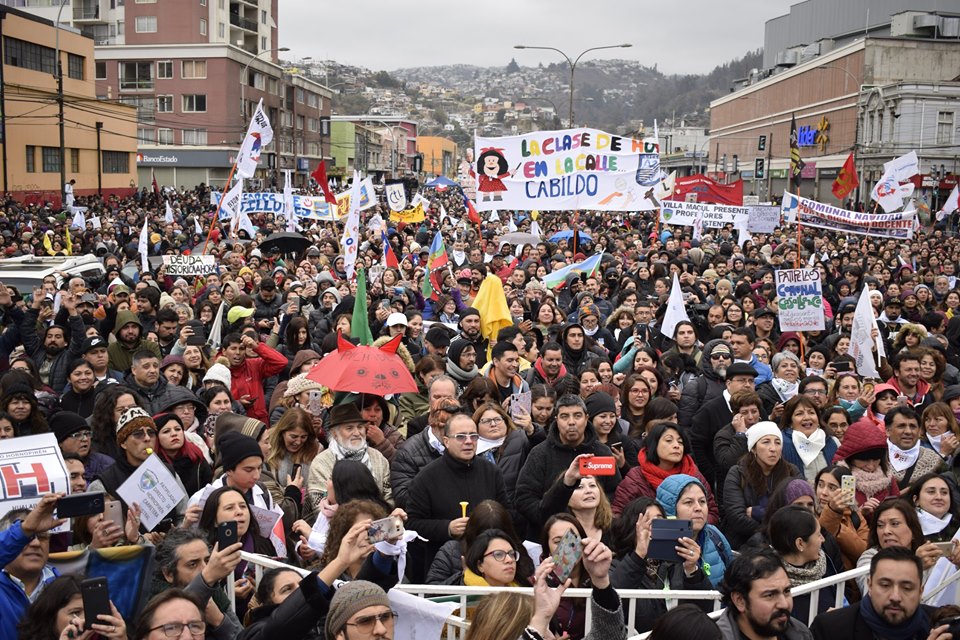 On June 17, thousands of teachers across Chile took part in the national teachers’ consultation organized by  the Colegio de Profesores de Chile (CPC, the union representing the striking teachers) in order to vote on the proposal made by the Ministry of Education and decide whether to continue their strike. An overwhelming majority of more than 90% of the striking teachers rejected the proposal.

The proposal was issued by the Ministry after two weeks of a national teachers’ strike, a series of massive mobilizations, and three meetings with the representatives of the CPC. The CPC called teachers across the country to analyze the proposal made by the ministry in their schools and vote on June 17 to decide whether it should be accepted or not. The voting took place from 8 am to 1 pm in different schools and union offices.

With the decision to reject the government’s proposal, the teachers manifested their intention and determination to continue the indefinite strike until a dignified response is received from the government on their demands. Demonstrations and assemblies in all regions, provinces and communes are planned for this week. The union has also given the call for a national march on June 20 in Santiago.

Since June 3, around 80,000 Chilean primary and secondary education teachers have been on an indefinite strike in defense of public education. The deterioration of public education, infrastructural problems, the long-standing teachers’ debt, and curricular changes are some of the central issues behind the strike. Within the first week itself, the strike received the support of almost 80% of the teachers at national level. It was called by the CPC. Hashtags such as #YoApoyoElParoDocente (#ISupportTeachersStrike), #FuerzaProfes (#StrengthtoTeachers) and #ParoDocente (#TeachersStrike) trended on social media, urging people to support the teachers in their struggle. The teachers also received international support from the teachers’ unions in Argentina, Brazil and Uruguay.

Negotiations with the government began after a massive march occurred in the city of Valparaíso on June 11. Over 20,000 teachers marched on the highway no. 68 for more than 12 kilometers to reach the Chilean National Congress. Another group of teachers marched from Viña del Mar to the National Congress in Valparaiso. The mobilization began with a vigil in the Placilla locality of Valparaíso on the night of June 10, where teachers from various other cities arrived to join the mobilization.

The Chilean maritime and port workers also mobilized from Plaza Sotomayor to the National Congress in solidarity with the teachers. They demanded better working conditions, as well as compliance with the agreements reached last year between the government and the Terminal Pacífico Sur (TPS) Company. The mobilization also received the support of common citizens, many social organizations, various members of parliament, and the mayor of Valparaíso.

After the mobilization, the Ministry of Education held the first meeting with the representatives of the CPC. The president of the union, Mario Aguilar, announced that the union would wait until June 13 for the ministry to give concrete answers to their 12-point charter of demands and to decide whether or not to continue the strike for the third week. The next two meetings were held on June 12 and 13.

Aguilar, in interviews over the last two weeks, stressed that the teachers were not demanding salary hikes but the improvement of public education sector, which had been completely neglected by the government.

Some of the primary demands include better working conditions, infrastructural improvement of public school establishments, payment of the long-standing teachers’ debt (the payment owed to retired teachers since the time of Augusto Pinochet’s dictatorship), payment of special bonus to special educators and primary teachers, elimination of the double assessment process of teachers before employment, employment with permanent contracts, end to violence against educational workers, and withdrawal of the anti-student “safe-classroom” bill.

The teachers are also opposing the curricular modifications recently announced by the education ministry, according to which subjects like History, Physical Education and Arts would become optional instead of compulsory for the third and fourth grade from next year onward.

On the first day of the strike, June 3, in the Chilean capital of Santiago and the city of Valparaíso, peacefully protesting teachers were brutally repressed by the officials of Carabineros, the national police force in Chile. The police used water cannons and tear gas to stop the teachers from marching. Several of them were violently beaten and many were arrested.

The brutal response of the government of President Sebastián Piñera received national condemnation and widespread support from different sectors of society on several social networks.

As a result, on June 4, several marches were carried out across Chile in which over 50,000 teachers participated at national level. In Santiago, under the banner of “Funeral of public education”, thousands wearing black clothes and carrying a coffin marched to the Ministry of Education. At the ministry, a letter addressed to the education minister Marcela Cubillos was delivered with a set of 12 demands. In Valparaíso, hundreds joined the march at the Esmeralda Avenue.

On June 6, the fourth day of the national teachers’ strike, a massive march was carried out in the capital after the government refused to respond. More than 75,000 teachers from different parts of the country arrived at Santiago to join the great mobilization. According to the union, at least 127 buses with thousands of educational workers reached the capital. Teachers, students and supporters marched from Plaza Italia till the Echaurren street, passing through the whole of the Alameda Avenue. The mobilization was one of the biggest teachers’ mobilizations in Chile’s history. 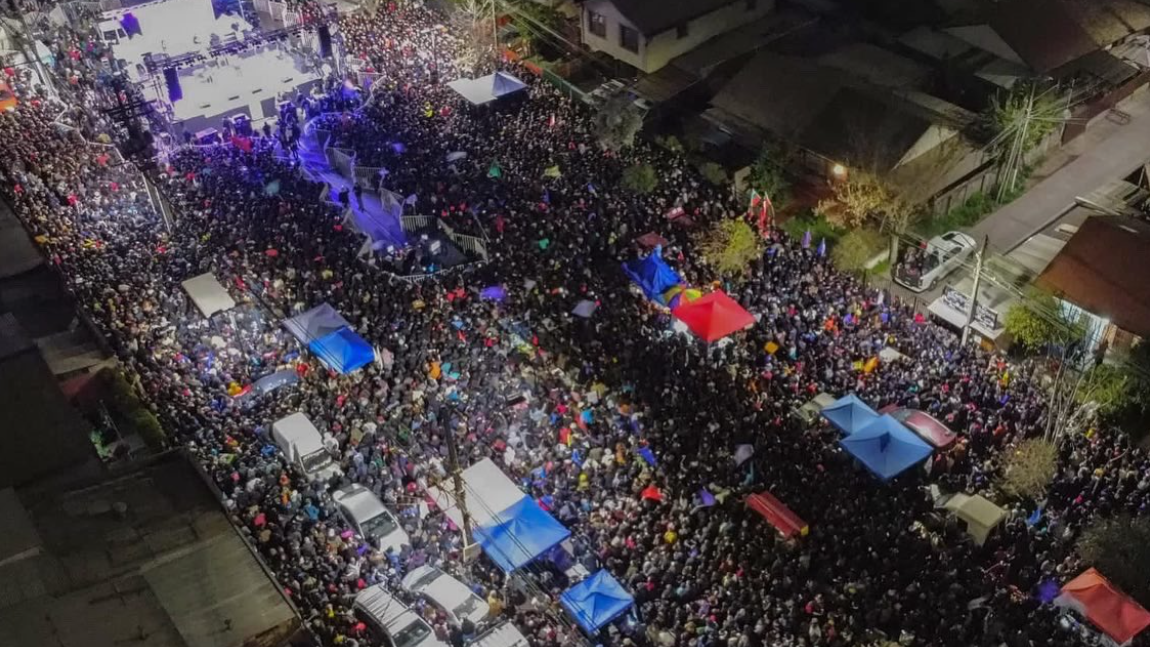 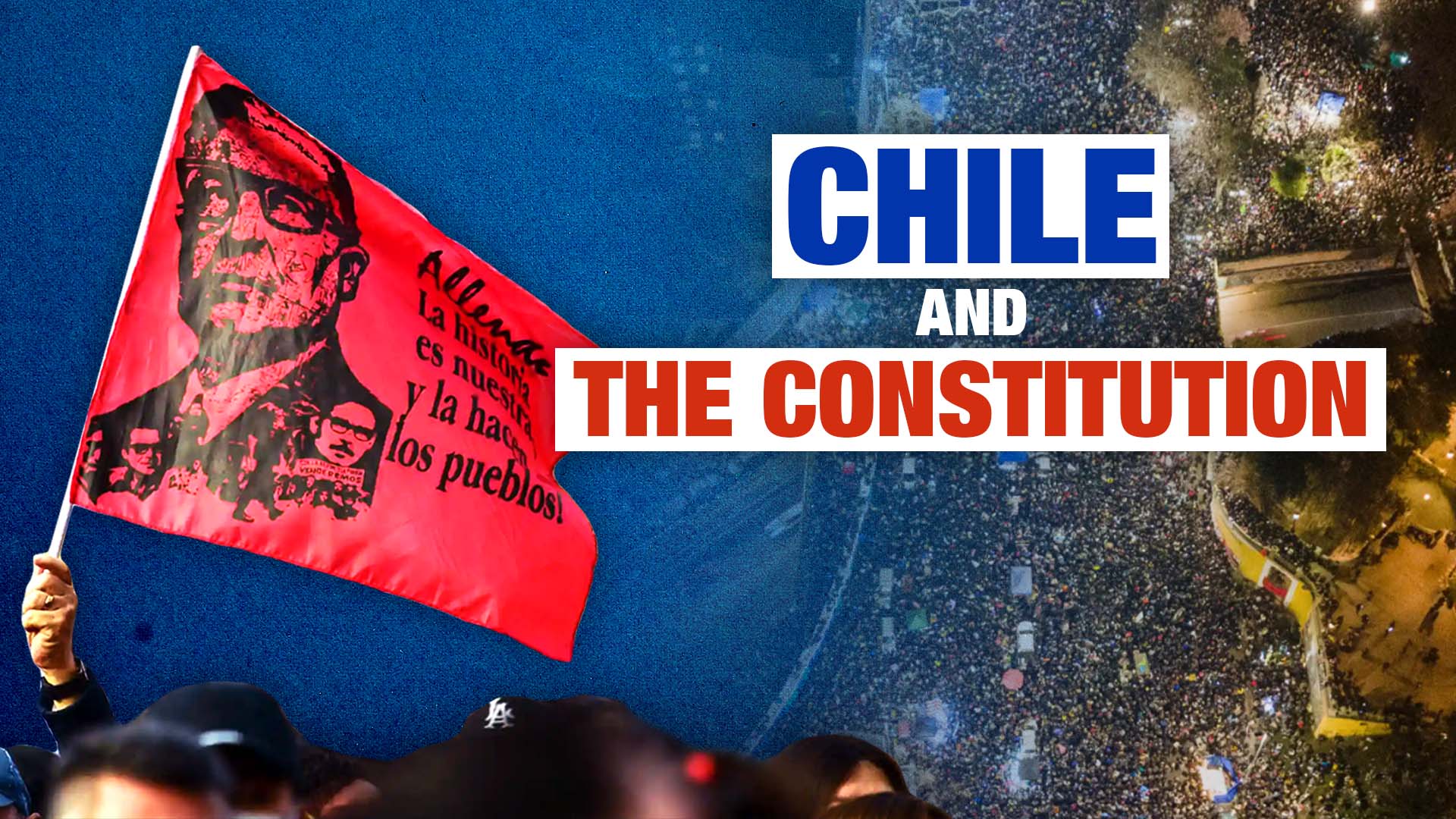 The Chilean Plebiscite- What lies ahead?