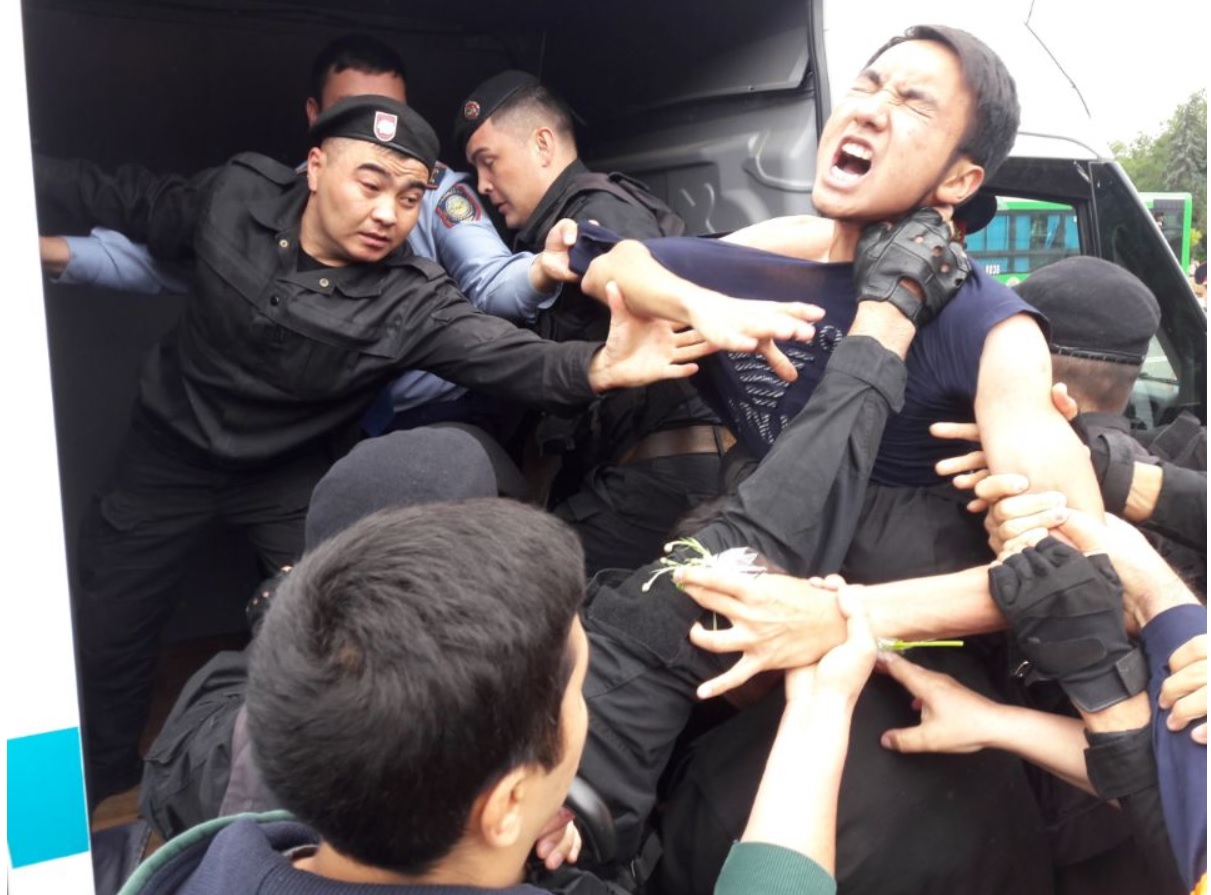 Activists in Kazakhstan have asked the International Labor Organization, on the occasion of its centenary last week, to look into the ongoing repression of workers in the country. The authorities have shown no tolerance for dissent and have been carrying out crackdowns on independent trade unions and the labor sector.

Labor rights in Kazakhstan have under threat for quite a while now and the lack of freedom of association to unions has become a major concern. Recently, mass protests against the presidential elections in June were suppressed by government forces.

Legislative changes have been made to prevent the workers from forming unions and bargaining collectively. Criminal sanctions have been introduced for leading or participating in ‘illegal’ strikes. The authorities have repeatedly invoked the Trade Union Law and Labor Code to counter independent trade unionists, who are faced with harassment, surveillance and, in some cases, dismissal from work.

The authorities, headed by president Kassym Jomart Tokayev, continue to deny registration to independent unions and continue to adopt authoritarian policies, which have been used to arrest several union leaders in recent years.

In June 2018, the office of the United States Trade Representative had filed a complaint against the Kazakh government for violating labor standards. Following this, the European Parliament twice endorsed the ILO’s conclusions and asked Kazakhstan to revise its repressive trade union laws. Prior to that, the European Union diplomats had also raised labor concerns directly with Kazakhstan.

The country of 18.7 million, with a workforce of approximately 8.9 million people, was ruled by 78-year-old autocrat Nursultan Nazarbayev since its formation after the collapse of the Soviet Union. He stepped down in March only to handpick his successor, who was elected with 71% of the votes in the controversial elections.

However, the former prime minister continues to head the ruling Nur Otan Party. His daughter, Darigha, has also remained a key member of the power structure in Kazakhstan.