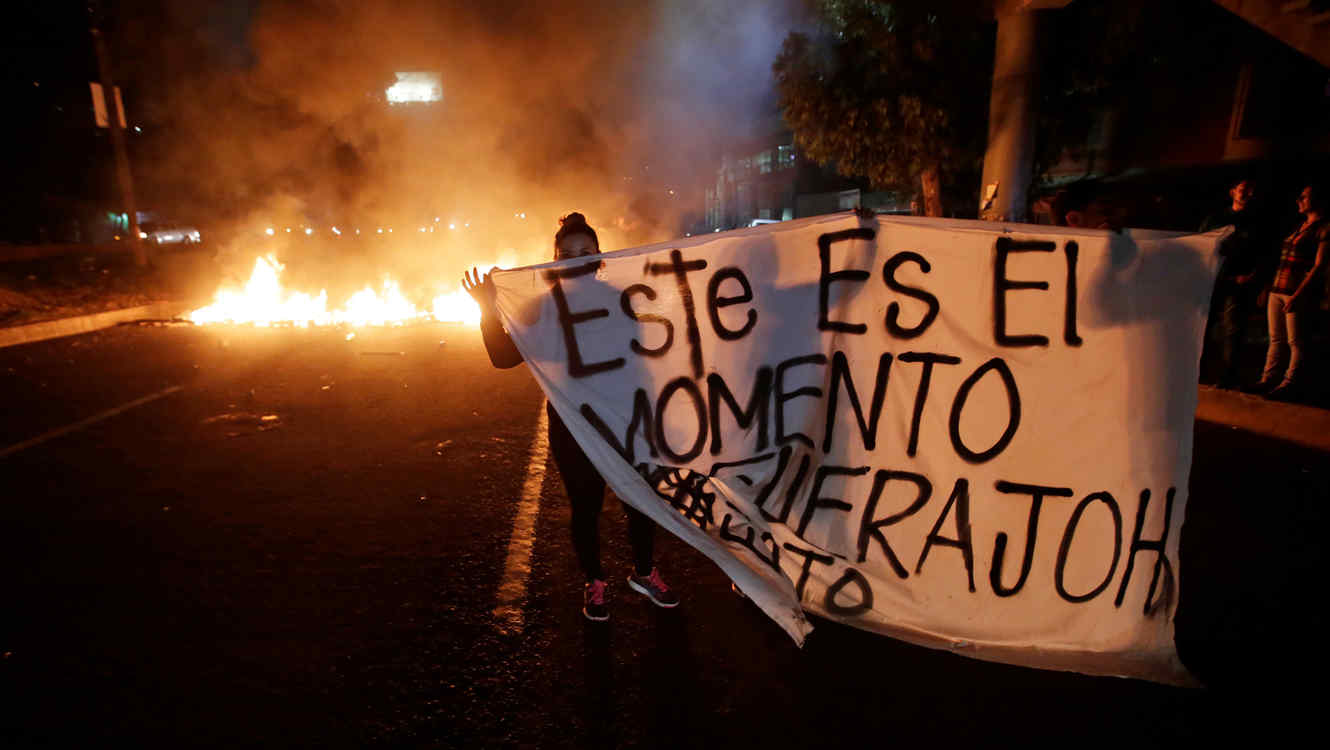 Photo from one of the road blockades in Tegucigalpa, the banner reads: "This is the moment, OUT JOH" Photo: Telesur

On June 19, the highways and major roads across Honduras were blocked by teachers, students, doctors, trade unionists, and members of social movements and organizations. In Tegucigalpa, the capital of Honduras, multiple blockades were erected across the city and were met with extreme violence by the police who fired at protesters with tear gas, rubber bullets and live bullets.

In a communique released by the Hospital Escuela (a public hospital in the capital), it was reported that 12 people were brought to their emergency room last night and that 3 had grave injuries inflicted by firearms. One patient, Luis Antonio Maldonado, 29 years old, was brought in with a traumatic brain injury caused by a live bullet and died just before midnight, the communique said.

Telesur journalists Juan Carlos Martínez and Eduardo Martínez were briefly detained by Honduran immigration authorities today while arriving in the country to cover the protests.

The announcement by a special unit of the national police to go on strike has added an unexpected element to the mayhem. The “COBRAS” or the Specialized Command of the National Direction of Special Forces announced on Tuesday, June 18 that they were going on strike and  demanded pay increases and better working conditions. Several confrontations within sectors of the police forces have occurred since then, adding another level of instability to an already delicate context.

Meanwhile, the Platform for the Defense of Health and Education, the driving force behind the anti-privatization mobilizations which began in late April, has initiated an Alternative Dialogue to address the principal issues facing the sectors. The dialogue seeks to bring together people and organizations from not only the health and education sectors, but from across Honduran society as all are affected by the crisis.

The alternative dialogue was launched after the government refused to accept the basic conditions put forth by the platform to join the government’s dialogue, such as demilitarization of the areas where mobilizations have been taking place, no retaliation on teachers and doctors participating in the strike, a fair trial for the youth accused of burning the US embassy, and proper representation of the platform in the dialogues. The platform invited government officials to participate in the Alternative Dialogue though they have not accepted. The platform has called for a massive mobilization on Friday, June 21.

From anti-privatization to FUERA JOH

What began as mobilizations by teachers, doctors, and students against privatization, has expanded into an all out rebellion against the corrupt, violent and repressive government of president Juan Orlando Hernández. The intensification of the protests comes just one week before the ten-year anniversary of the military coup d’etat that overthrew democratically elected president Manuel Zelaya on June 28, 2009.

President Juan Orlando Hernández, referred to as JOH, was ‘re-elected’ in November 2017 in fraudulent elections which were widely denounced nationally and internationally. The deepening poverty and violence in the country, along with serious accusations against JOH and members of his party, the far-right National Party, of large-scale corruption and involvement in drug trafficking has created deep resentment across the population. Following the 2017 elections, Hondurans carried out weeks of massive protests and road blockades which paralyzed the country. Many see JOH as a continuation of the dictatorship which began after the 2009 coup.

Despite all attempts by the government and mainstream media to paint the mobilizations in the country as criminal acts of vandalism, they have clearly only grown in strength and with the important 10-year anniversary of the coup coming up, the intensity will likely increase.

UPDATE: In the afternoon of Thursday June 20, President Juan Orlando Hernández ordered the deployment of police, military and intelligence forces across national territory in order to “guarantee the right to the freedom of motion, free transit of people, and the protection to private and public property and physical integrity of the Hondurans”. The announcement which calls for a complete militarization of Honduran territory comes just as protests against his presidency are gaining force and momentum, the government is gearing up for massive repression. 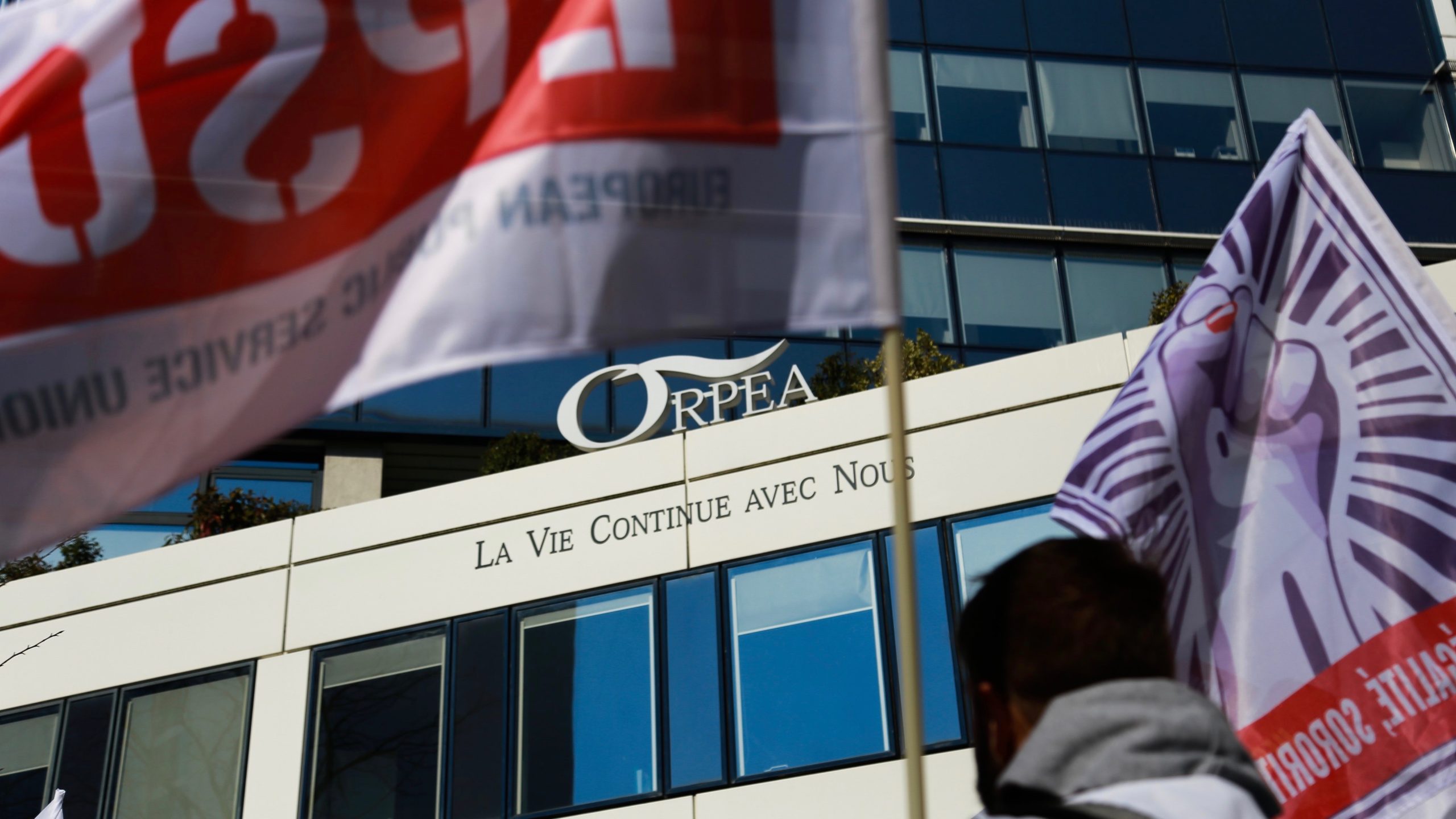