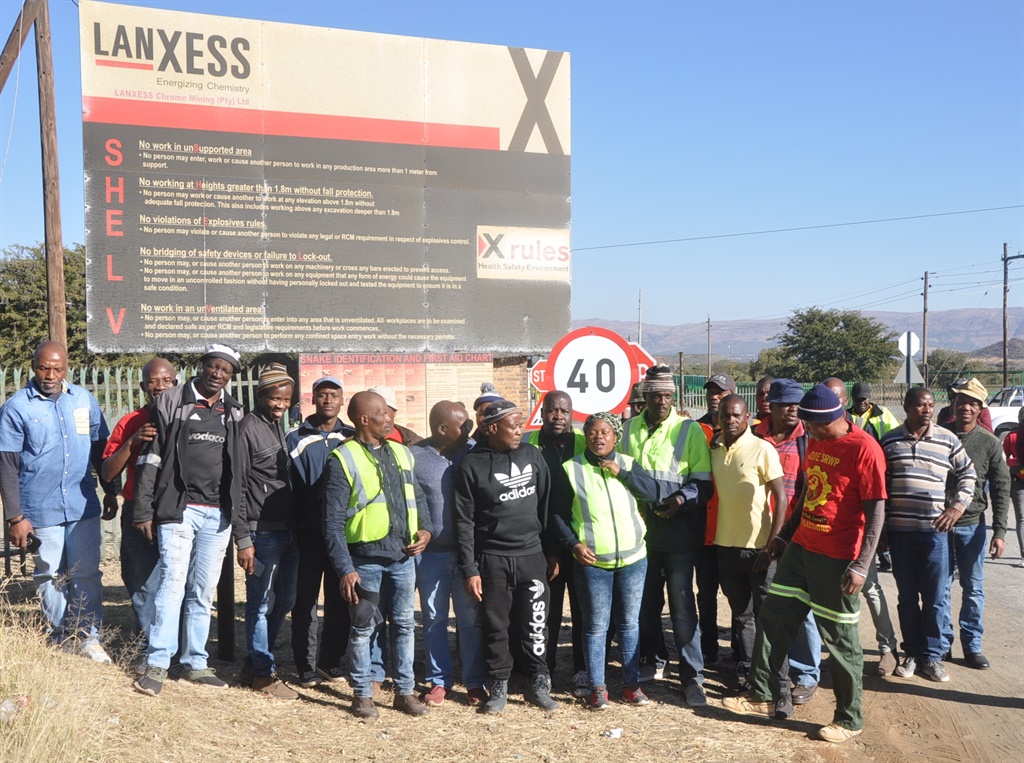 Workers from Lanxess mine in Rustenburg have been on strike underground since Wednesday. Photo by Rapula Mancai

Nearly 200 employees at Lanxess mines, near Rustenburg in northwest South Africa, have been on an indefinite underground sit-in since Wednesday morning. The sit-in, organized by National Union of Metalworkers of South Africa (NUMSA), is a part of an industrial action to protest against the company management’s inaction over a sexual harassment complaint against a senior employee and for emotionally harassing the victim.

One of the female employees at Lanxess had reported as far back as August 2018 of sexual harassment that was directed at her by a mine captain. It has been reported that the mine captain had demanded sexual favours in exchange for a full-time position at the company last year, which prompted the victim to file a complaint.

According to NUMSA, the company instead of investigating or taking disciplinary action against the alleged perpetrator, had been pressurizing the complainant to withdraw the case. It has also been reported that the human resources manager and his wife had favored the mine captain and has slut-shamed the victim. The victim apparently had to undergo psychiatric treatment because of the “hostile workplace” environment that has been created against her and women in general.

In the past, the company has also been accused of imposing atrocious workplace restrictions on employees and unionization. In a statement that was released by NUMSA yesterday, they have stated that “Lanxess is a company which has a history of brutalizing workers.”

NUMSA alleges that several workers who participated in a legal strike last year at the Mkhukhwini Section suffered several punitive measures to disperse and end the strike. Measures included cutting off electricity and water supply to the workers’ settlement near the mine and calling in the police to have them arrested. Several employees were later dismissed for having participated in the strike.

NUMSA members have also complained that previously the HR manager supported a contractor’s demand that no female employees be allowed to get pregnant within the first six months of their employment.

After months of inaction and at times active collusion on the side of the management, NUMSA declared the industrial strike by sitting-in inside the underground mines since Wednesday morning, bringing all activities to a complete halt for over three days.

The protesters have demanded that the mine captain, the HR manager and his wife be removed from their posts to foster a safe workplace environment. They have also demanded that those dismissed for participating in legal strikes be reinstated to their previous posts with full compensation. 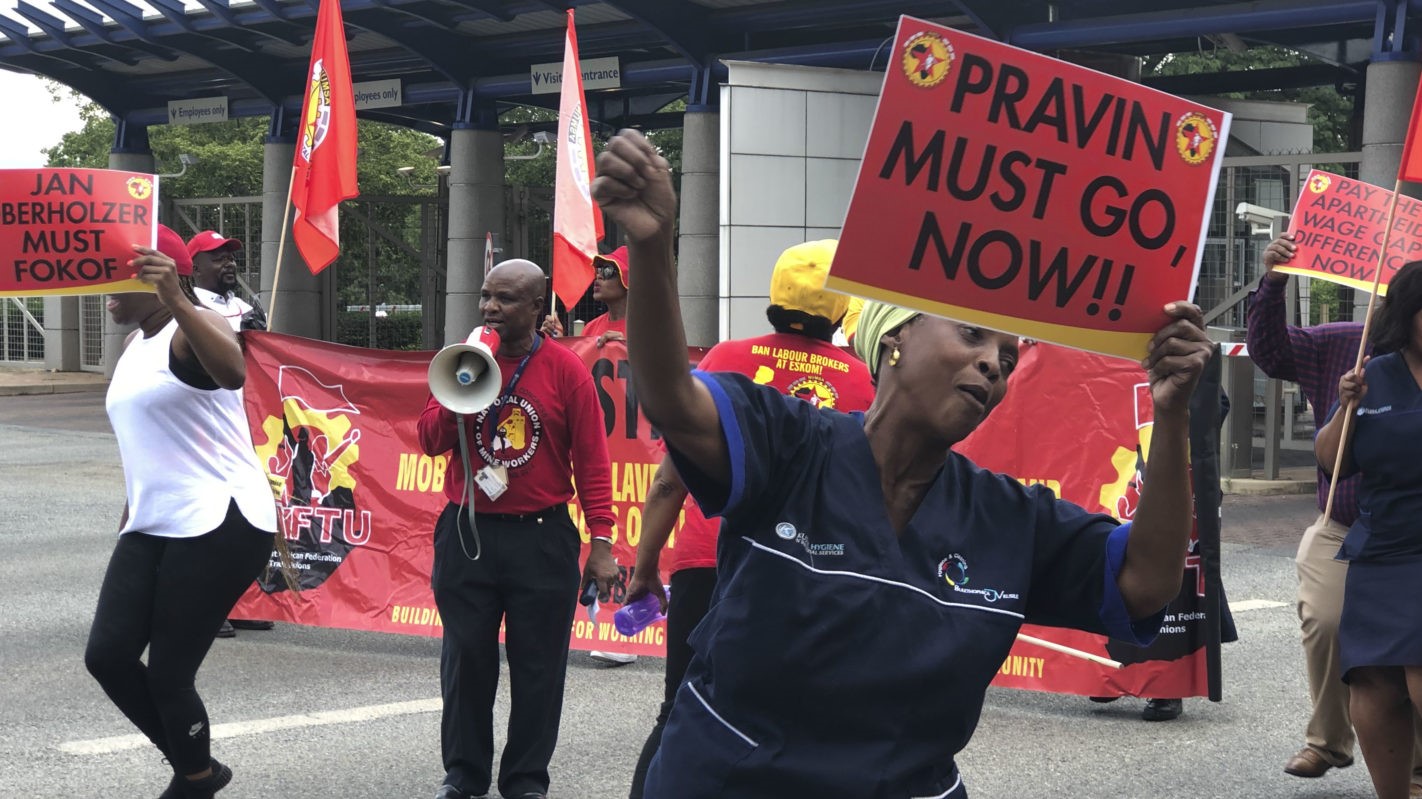 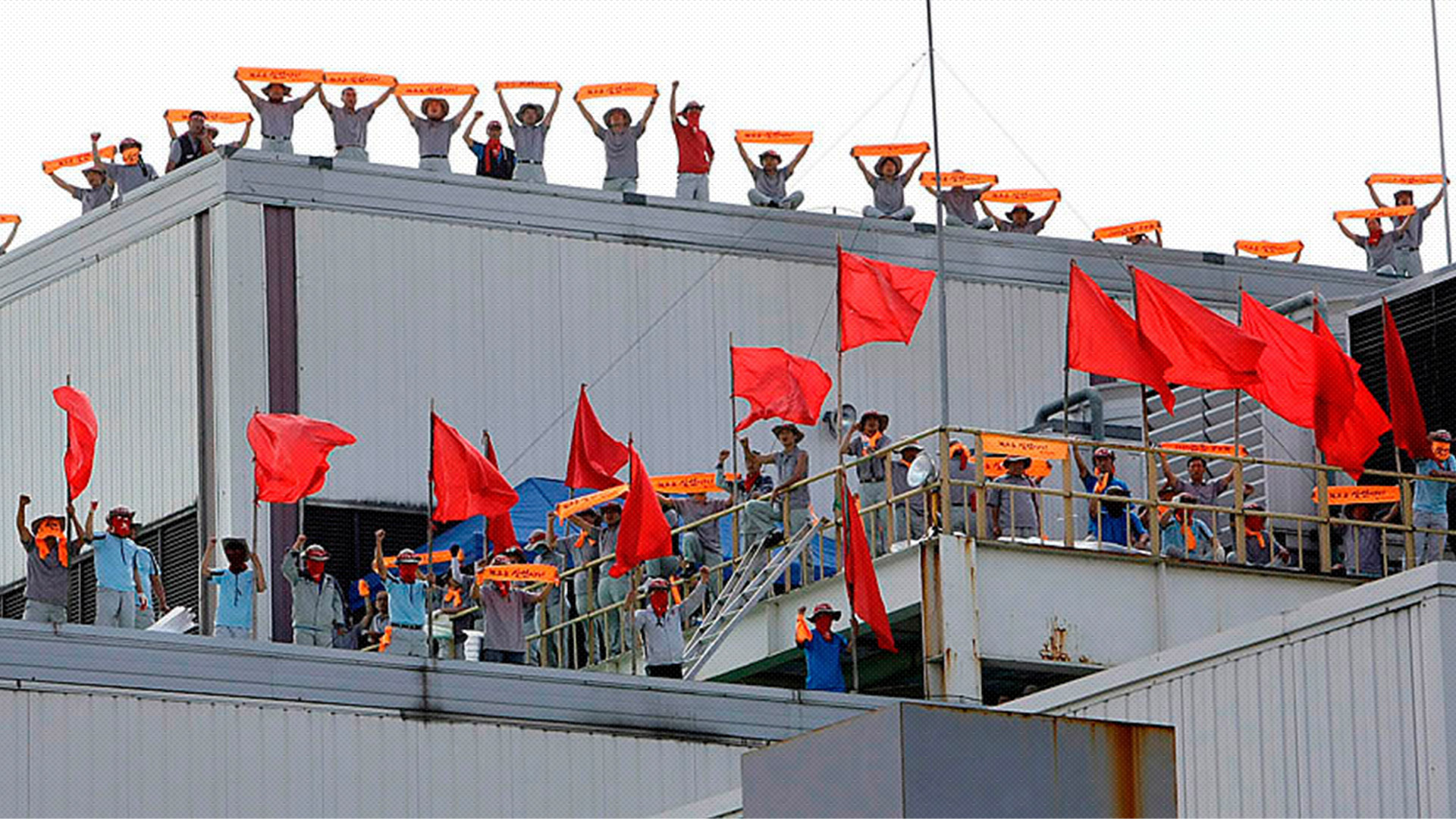 For the dismissed workers of the 2009 Ssangyong motors strike, the struggle continues
RECENT ARTICLES