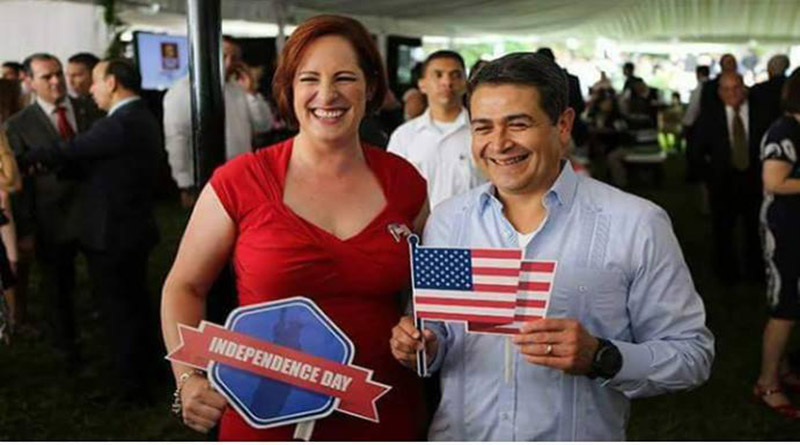 Friday June 28 marked 10 years since the coup d’état in Honduras that took constitutional president Manuel Zelaya out of office. The coup in Honduras was a turning point in the country and in the region and unchained a neoliberal and repressive crackdown in order to reassert the interests of capital and the imperial powers.

Peoples Dispatch: What role did the international community play in the coup and the continuation of the dictatorship until today?

Camilo Bermúdez: It is important to highlight that Honduras has historically been a country subjugated by the control of the US and this has been denounced by many people, including Berta Cáceres. She and many others have exposed how Honduras has served as a laboratory for the US with policies and strategies of control that are later used in other countries of the region.

The coup d’état in Honduras really opens up a series of coups, but a new type, a coup that is supposedly carried out through the legislature. It is no longer members of the military that say “we will take power while the president is changed,” but this process happens from within the legislature. This was the same coup that was carried out against Dilma, then in Paraguay and what they have attempted to do in Venezuela.

The role of Honduras within this geopolitical scenario is that Honduras has always been the laboratory for experiments. A space of military control in order to lead the assault on the region and against the progressive processes in Latin America.

In this sense, the attacks on the rights of the people, the regressive ‘security’ policies have all been supported by the US government and its allies. All of the fraudulent, dictatorial governments that have been installed since the coup from the National Party, all of the repression, human rights violations, the massacres, the violence, the political persecution against the social movement and political opposition, the assassinations of members of the political opposition, the assassinations of land defenders, have all been conveniently ignored by the international community. This is because the hegemon here is the US and they support these policies of privatization, pillaging, militarization, control by private companies, the opening to foreign investment, all to the detriment of social policies. The US has this priority, and the rest is unimportant. It does not matter if it is a dictatorial government because if it serves US interests, there is no problem.

We also see the contradiction with the security and anti-drugs policies of the US that are being implemented in Honduras. While the government claims to have a strict anti-drugs position, the President of Honduras, members of his family, ministers, people very close to him, are linked or have been accused of having links to drug trafficking. The president himself, however, has not been charged because he serves the interests of the US and that’s why they keep him there.

The governments of the European Union that have a certain amount of influence in Honduras, because of investments or financial aid programs with the government, continue to follow the lead of the US. Despite a series of complaints by the society with regards to the violation of rights, they stay quiet and attempt to better the situation with aid programs. At the end of the day they maintain their unwavering support to this type of government.

For example with the electoral fraud in November 2017, which unleashed a new wave of violence, instability and ungovernability that is present even today, they gave their complete support to it. There was a slew of international denouncements because of the electoral fraud. We even saw the OAS, which is not an independent organism, declare that the elections should be repeated. However, the representative of the US government announced that it supported the Electoral Tribunal and stood behind the re-election of reactionary president Juan Orlando Hernández.

In short, the US government supports the violation of human rights to protect their interests and so that there are no progressive processes in Honduras which could support other regional processes.

PD: What about the international financial institutions?

CB: In Honduras this issue has not been discussed much, but it is of utmost importance. After the coup d’état the country was deep in debt, impressively so with the Inter-American Development Bank, the Monetary Fund, the World Bank, and other private institutions. Also the Central American Bank for Economic Integration. All of these institutions, along with national and international banks have benefited from the coup d’état. The increase in their power and economic capital make this clear.

Beyond that there is the infrastructure sector and everything to do with the construction of highways, hydroelectric dams, this type of infrastructure, necessary for the so-called interconnection and development of the country with Central America. All of these sectors have benefited from the tax exemption and from the massive increase in extractive projects in the country.

Honduras is a very small country, however there are more than 300 concessions for hydroelectric projects. There are around 100 concessions for mining projects. One third of the Caribbean coast of Honduras, has concessions and the exploitation of petroleum has been approved there. A law on the ZEDES was passed which creates special zones for economic development in the South and the North with tourism projects, hotels, port projects, different kinds projects that serve for the generation of energy, and others with infrastructure.

Within this panorama, international banking sees Honduras as a very fertile ground to have total profit investments. All of the concessions are granted and the government pays back all of the loans regardless of whether or not the projects are carried out. There is also legislation for tax exemption and there are benefits that certain industries like electrical energy production can enjoy. These  investments are referred to as investments with zero losses. The maximum that you can lose is the investment, but never more than that which is what usually happens in business. In Honduras there are many controversial projects that are supported by international banks because, despite all of the social problems, your payback is guaranteed.

There are two clear examples of this. The Inter-American Development Bank, gave a loan of billions of lempiras (Honduran currency) for the construction of a public transportation project, similar to the Transmilenio in Bogotá, Colombia, with dedicated bus lanes in a bus rapid transit system. This project was financed two times. They gave them the money once, and then they renewed the project. This project was proposed in 2012, 2013, 2014 and then again in 2017, however today, it does not exist. They built the bus lanes and because the buses apparently “did not fit in the lanes” they had to destroy the lanes. So now these bus stations in Tegucigalpa that were never used, serve as monuments to corruption because all of the money from these projects was stolen. The Inter-American Bank invested in this failed project, it loaned money for it and now it is receiving the payment on this project that was never carried out.

In the case of COPINH, the FMO Bank made a loan to the company Desarrollos Energéticos de S.A. (DESA), a company that is linked to the assassination of Berta Cáceres. The FMO bank loaned $15 million USD to DESA for the hydroelectric project Agua Zarca. However, there was never a revision of whether or not this project had the capacity to generate the quantity of energy that they claimed it would, or if there were social or political problems related to this investment. The bank just saw this project in terms of their ability to get a return on their loan.

The FMO which is a private bank, has a 49% private investment from Holland and 51% investment from the Dutch state. They have a policy of investing in the ‘under-developed’ countries, according to them, that have economic and social problems because they want to ‘develop’ the country. But what they do is invest with a decrease in their standards of responsibility in economic and social issues. They justify this saying that since its a country with many problems, they can just loosen the conditions for this type of loan in order for the private company to benefit and decrease problems. This for example is being discussed in our suit against the FMO, because they knew about a lot of the human rights violations taking place with DESA and the Agua Zarca project, but they still invested.

Check out part 1 of our interview series on the 10 year anniversary of the coup d’état in Honduras: “Conservative elements wanted to stop the process of change underway in Honduras” 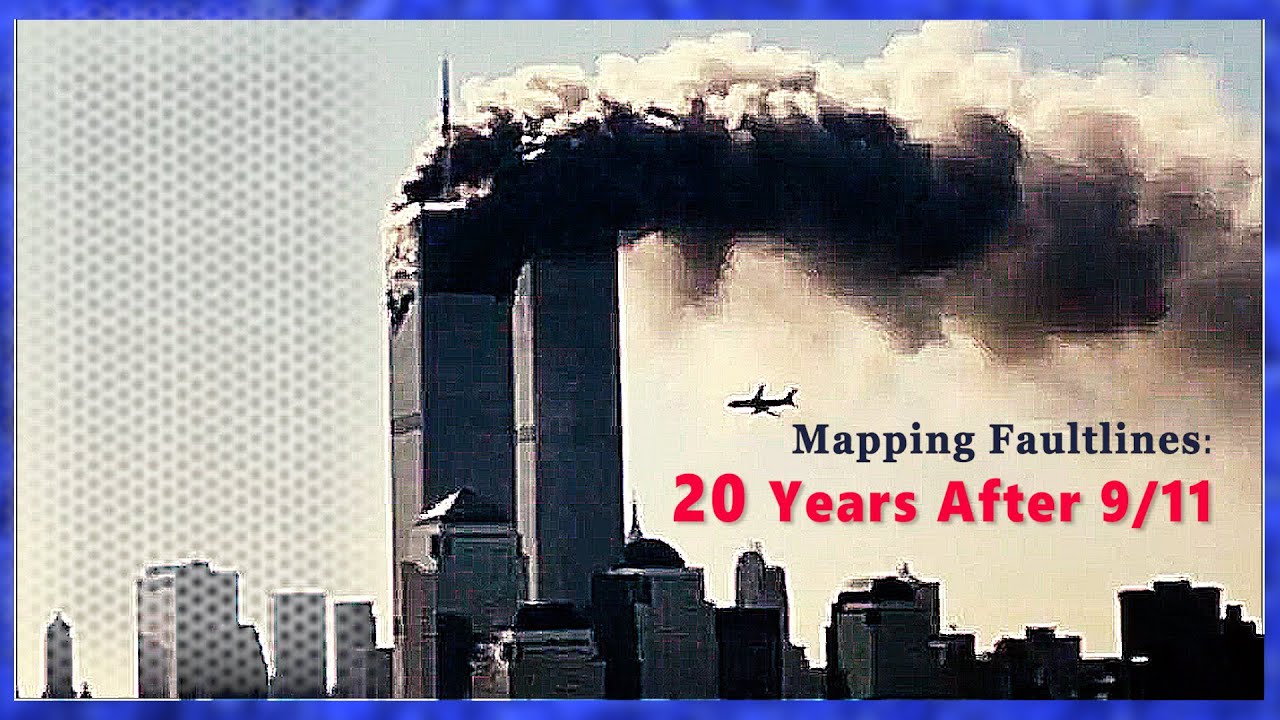 Mapping Faultlines: Where do US imperial ambitions stand 20 years after 9/11?
RECENT ARTICLES