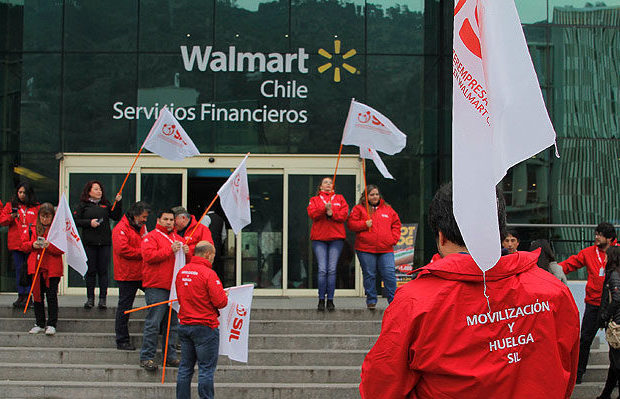 On July 16, the workers of Walmart Chile returned to their jobs ending the strike that they had been carrying out since July 10. On July 15, the Sindicato Interempresa Líder (SIL), a trade union of Walmart workers in Chile, reached a new collective agreement with the company and called for an end to the strike.

The workers had demanded an increase of 4% in salaries for workers who will have to perform multiple tasks working with the machines as well as the reincorporation of the workers who will be unemployed after the digital transformation of the company. Walmart had previously offered to give a raise of 3% with a fixed bonus of 50,000 pesos, which was rejected by the union. Finally, in the new collective agreement, an increase of 3.5% was agreed upon. In addition, the company also offered to organize training programs for the workers who would be jobless to facilitate their reincorporation into the workforce.

However, Juan Moreno, the president of SIL, expressed his dissatisfaction with the anti-union behavior of the company and miss-treatment of workers during the time of mobilization. “I believe a lot has been left to discuss, there is still a long way to go, the relationships are not the same as they were before,” he said.

The agreement is a result of the determination of more than 17,000 workers, working in over 371 stores of various supermarket chains owned by Walmart across Chile, who walked out of their jobs, stood on the picket lines, carried out the largest private sector strike in Chile in recent years and forced the company to re-negotiate.

Walmart owns over 371 stores under the brand name of Líder, Hiper Líder, Express de Líder, Ekono, Acuenta and Central Mayorista supermarkets across Chile. Due to the 6-day-long strike, about 130 of these supermarkets remained completely closed, while more than 100 operated for only a few hours a day.