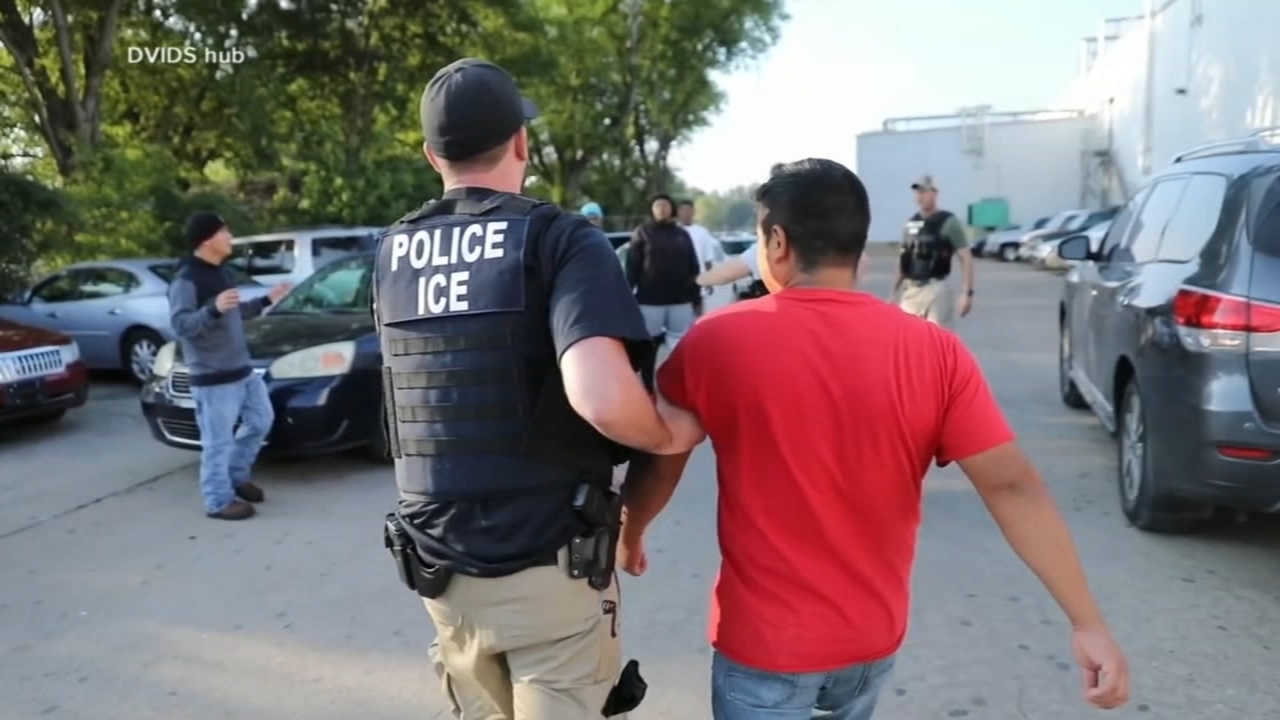 680 workers from seven food processing units were detained by ICE on Wednesday in Mississippi.

At least 377 people remain in detention in Mississippi, US on Wednesday August 7, after the Immigration and Customs Enforcement Agency (ICE) carried out raids against undocumented migrants in seven food processing plants. Wednesday’s raid was the largest single-state workplace raid in recent years with 680 migrants detained in one day.

The detained migrants were mostly from Latin American countries, with at least 120 from Mexico alone. The raids took place on the same day that Donald Trump was to visit El Paso, Texas, where a mass shooting took place just days ago, on August 3, which had claimed the lives of 22 people.

The seven plants raided are in six towns across Mississippi: Bay Springs, Canton, Carthage, Morton, Pelahatchie and Sebastopol. The plants belong to five major companies, including Koch Foods Inc. and Peco Foods Inc. Around 600 ICE agents participated in these operations, circling the plants so as to not let any worker flee from the site.

According to a report by Democracy Now! last year Koch Foods paid $3.75 million in a settlement over an Equal Employment Opportunities Commission class-action suit which charged them with “sexual harassment, national origin and race discrimination, and retaliation against Latino workers” at one of its Mississippi plants. Activists say that it is not uncommon for ICE raids to target workplaces where immigrant workers have organized against unfair working conditions and racial discrimination as a retaliatory measure.

Around 30 of those detained were released on the same day on what were termed as “humanitarian grounds.” Another 270 were released soon after being processed by Homeland Security Investigations which means that all of their data and details are accessible to US immigration departments, making them easy targets in the future.

However, the nearly 400 immigrants who continue to remain in detention are still separated from their families and children. Wednesday was the first day of school in Mississippi, and dozens of children were shocked to come back to empty homes and were left wondering about the whereabouts of their parents. A large number of these families had been settled in the US for many years and their children were born and raised there. Now, with one or both of the parents facing deportation, these families face an uncertain future.

The workers were subjected to rough conditions while the agents were rounding them up to confirm their status in the country. They were handcuffed and forced to deposit their personal belongings with the ICE agents. Then, they were boarded into buses and transported to different detention centers. A raid of such scale generally takes months of preparation.

Such large-scale raids were common under the presidency of George W. Bush, who also founded both the Customs and Border Protection Agency as well as ICE. While Barack Obama’s tenure saw less of these massive raids. However, Obama’s administration carried out the largest deportation drive overall, expelling close to 3 million people, which included many asylum seekers and even those who had family members who were US citizens.

Now, under Donald Trump, the number of those deported may be much smaller right now, but the conditions under which the detainees are being forced to live in are far more horrid.

Furthermore, reports show that children in ICE centers regularly face sexual harassment. The children, who are separated from their families in detention,  are also often unable to access basic facilities such as beds, medical attention, clean clothes, drinking water, etc. In fact, Sarah Fabian, a Justice Department lawyer representing the Trump administration tried to argue in court that providing the detainees with just a Mylar blanket and concrete floors is not in violation of their human rights.

Adults face similarly horrid conditions in detention centers. They are uprooted from their lives with no set release date and often are not able to make contact with their families outside. Difficult financial conditions making finding an attorney difficult, especially when faced with judges who are not likely to grant asylum requests, sometimes even in the harshest of conditions.

With the Trump administration driving the narrative that these migrants, who are termed as “illegal aliens,”are creating an unsafe atmosphere and stealing jobs, what is forgotten is the conditions created by the US in Latin American countries which is forcing hundreds of thousands of people to flee their homes in the first place.

The imperialist policies of the US, which considers Latin America its backyard for extracting and exploiting natural resources, have been responsible for many regime change operations in the region.

These leave behind corrupt and violent governments that act on behalf of US interests, while the rights and needs of the people are ignored. When the same people flee from their countries in search of better lives, they face an even more insecure existence in the US.