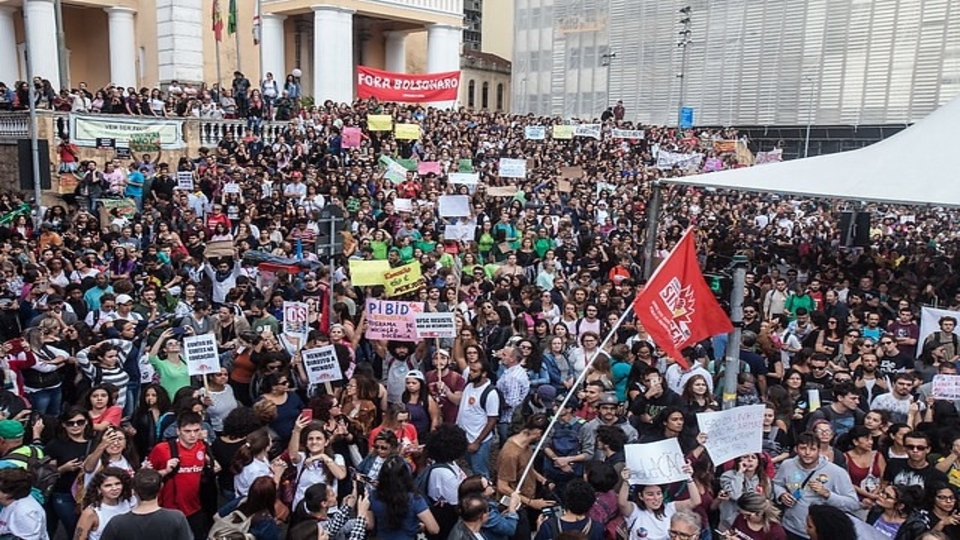 Students and workers will hold massive demonstrations on Tuesday against education budget cuts and a project launched by the government last month to create a multi-billion fund to attract private investments for the country’s higher education institutions.

Brazil’s student movement has been taking to the streets to denounce education budget cuts and attacks against university autonomy. The protests are part of the national mobilization in defense of education promoted by the National Union of Students (UNE), which held demonstrations on May 15 and 30.

“The UNE remains vigilant. Our universities are calling for help and only the organized struggle can achieve reesults,” said the president of the UNE, Iago Montalvão, according to the organization’s website.

Leaders of student movements met last Thursday with the Education minister, Abraham Weintraub, in Brasília, but the answers they received were dusty.

“The minister was not able to provide any information regarding the difficulties universities have been facing or the problems involving the Future-se program. The minster was not able to respond to our concerns about university autonomy, about the number of laws that would change with the project, and he wasn’t able to explain what studies were used as basis for their proposal. We felt that the minister didn’t have objective answers,” said Julia Aguiar, the UNE director.

Budget cuts as high as R$6.1 billion (US$1.5 billion) have impacted federal universities and institutes, which have been openly stating that they are at risk of discontinuing their activities for lack of investments.

Demonstrators are expected to happen in more than 80 cities.

The Justice minister, Sérgio Moro, authorized the use of the National Public Security Forces at the Education Ministry in Brasília on Aug. 7, 12, and 13.