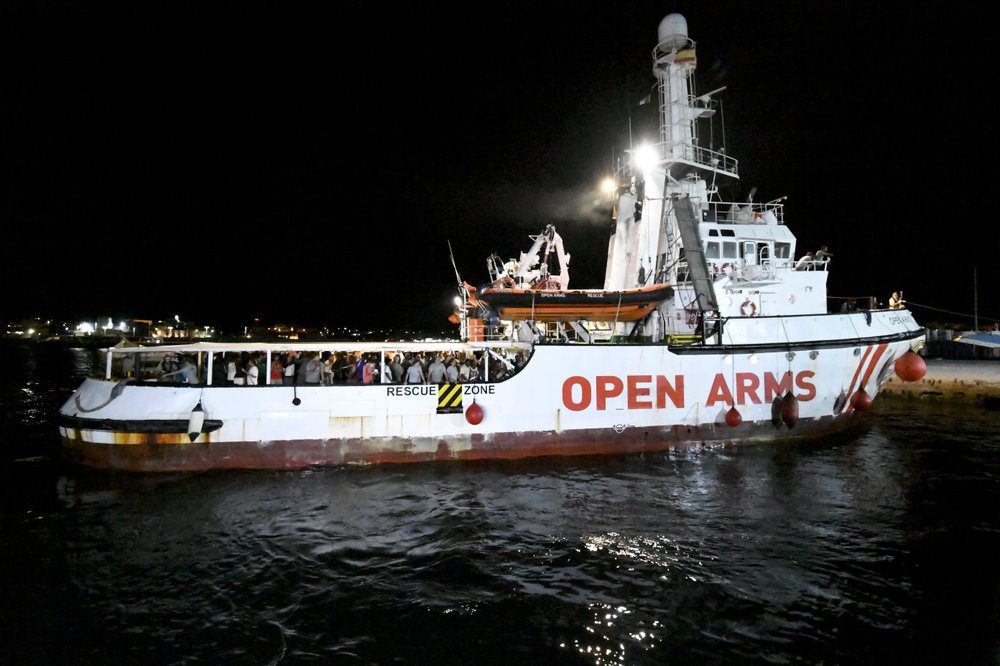 As many as 10 migrants were evacuated from the ship in the last few days as they needed medical aid.

On August 20, the rescue ship Open Arms, which was stranded in the Mediterranean for more than 19 days, disembarked 83 migrants at the Italian port of Lampedusa. The disembarking followed the intervention of the prosecutor’s office in Sicily which ordered the evacuation and the seizure of the ship.

20 Minutos reported that Luigi Patronaggio, the prosecutor, accompanied by a team of doctors, ordered the evacuation after examining the deteriorating health and hygiene conditions of people on board. As many as 10 migrants were evacuated from the ship in the last few days as they needed medical aid.

Meanwhile, on Tuesday morning, Spanish prime minister Pedro Sanchez tweeted that Spanish Navy ship Audaz has been ordered to sail to Lampedusa to escort Open Arms to safety in the Spanish port of Palma in Mallorca. Spain, France, Germany, Luxembourg and Portugal had earlier agreed to take in the migrants on the boat.

The humanitarian crisis in the Mediterranean has worsened due to the anti-immigrant policies pursued by the far-right Italian interior minister Matteo Salvini. Earlier, Salvini had ordered the closure of Italian ports to rescue ships and refugee boats. He also penalized several rescue ships for disembarking migrants in Italian ports.