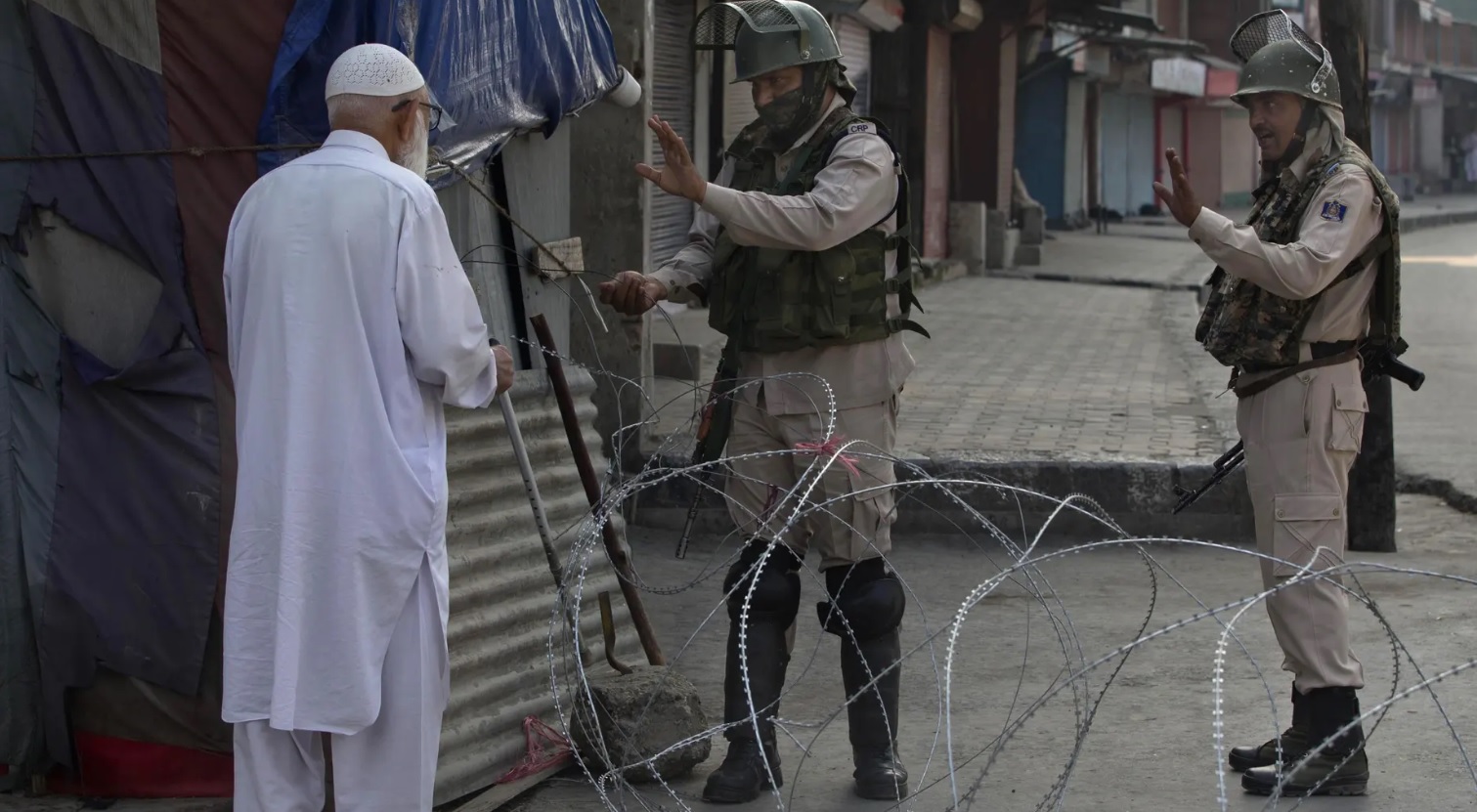 The curfew-like restrictions in Kashmir imposed by the Indian government, led by far-right Bharatiya Janata Party, have now crossed the 23-day mark. There has been no end to the communication lockdown either. The indefinite siege has led to a grave shortage of essential drugs and basic necessities. There is unrest among the population that is suffering from acute distress.

Following the abrogation of the constitutional guarantees of autonomy to Jammu and Kashmir and its bifurcation into union territories on August 5, three civilians are reported to lost their lives because of the violent crackdown by security forces. In the three weeks of this unprecedented siege, a large number of civilians have also been critically injured due to the indiscriminate use of pellets guns, bullets, and tear gas canisters.

These have not only been employed during violent clashes, but also on peaceful protesters. Numerous demonstrations and rallies are being held across the region, especially in Srinagar’s Soura and downtown areas, which has been the main epicenter of resistance, so far. Such protests and ensuing casualties remain under-reported by the Indian media, gag imposed on the media by the Indian government.

On August 17, 55-year-old Ayub Khan, a father of three daughters, from the downtown area of Baripora in Srinagar, choked to death after being exposed to tear gas lobbed by the Indian forces. “He vomited blood and immediately lost consciousness because of the smoke,” said Tanveer Ahmad, who lives in the neighborhood.

Similarly, a 34-year-old woman, Fehmeeda, died from suffocation caused by a tear gas shell fired by the Indian forces in uptown Srinagar, on August 22. Doctors who operated on her at the Bemina Hospital have revealed that the death was caused by acute lung injury due to inhalation of toxic gases. However, the hospital’s management, under the command of the police, has refused to provide a death certificate and has cited a different reason for the fatality.

In an earlier incident on August 5, teenager Osiab Altaf from Srinagar’s Palpora area lost his life after he jumped into the Jhelum river while being chased by the Indian security forces. His father Mohammad Altaf Mazari confirmed that his son was cornered by the Indian forces, along with some other boys, on a footbridge. With no other option in sight, he was forced to jump into the river.

The police are complicit in threatening media personnel with dire consequences if such casualties are reported by them. As per the version provided by the authorities, no added casualties have taken place. Dilbag Singh, the state’s  police chief, has even claimed that not a single casualty has occurred due to the clampdown.

However, a reporter from the Rising Kashmir, on condition of anonymity, refutes such a narrative, saying, “everybody in the region is in a state of shock and are feeling intimidated, besides facing the threat to survival. People are saying if India can arrest their own ‘stooges’, the pro-Indian politicians, then why would they spare commoners. Fear largely looms within the population that the Indian state can go to any extent to suppress youngsters who show any sign of resistance.”

There are reports suggesting that police cadres have been instructed to categorize ‘potential mobilizers’ as “threats to national security”. Such labels are applied liberally to young men, based on suspicions rising from them being merely greeted by over a dozen members in their neighborhood.

With the blockade on communication and a strict curfew in place, it has become increasingly difficult to confirm rumors. However, more often than not, the rumors have turned out to be true, while official statements appear to be nothing more than political gimmicks, lacking any connection with reality on the ground. The foremost example of this is the governor’s statement before August 5, claiming that the federal government had no plans to strike down Article 370 and Article 35 A. These controversial articles, part of the Indian constitution, granted special guarantees of autonomy and residence right to the state of Jammu and Kashmir.

The state’s governor, who is an appointee from New Delhi, was tight-lipped about the real intentions of the federal government, especially when they ordered thousands of additional troops into the state, on the pretext of perceived threats to the Amarnath pilgrimage, a Hindu religious shrine. The pilgrims and foreign tourists were ordered to evacuate the region. Some of the Central Reserve Police Force’s personnel patrolling the streets in Srinagar said that they were unaware of the real situation when they were deployed. They were originally told that they are being sent for the management of the long-delayed elections in the state.

On the other hand, authorities continue to bar activists and journalists from reporting on the ground situation. On August 15, a local journalist, Irfan Amin Malik, was picked up by the security forces in the middle of the night. He is a resident of Tral in south Kashmir, which has been the epicenter of renewed militancy in the region.

Meanwhile, the government in New Delhi, through its embedded journalists, continues to push a discourse of “normalcy” about the region. Government spokesperson, Rohit Kansal, has outrightly refused to provide details on the number of individuals arrested, injured and killed in the clampdown. However, there have been around 2,000-3,000 detentions in the first week of August itself, including 600-700 high profile individuals, such as former chief ministers, former cabinet ministers, state legislators and other mainstream leaders. A number of guest houses have been converted into temporary detention centers, where most of these individuals are being held.

India’s Union Minister for Home, Amit Shah, after the passing the state ‘reorganization’ bill, that bifurcated the state into two centrally-governed territories, in the upper house of the parliament, said that, “Kashmir is an integral part of India. I want to make it absolutely clear that every single time we say Jammu and Kashmir, it includes Pak-Occupied Kashmir, including Gilgit-Baltistan, as well as Aksai Chin. Let there be no doubt over it.” According to him, Jammu and Kashmir would ‘truly’ become an integral part of India, only if the special constitution guarantees state, that prevented Indians from acquiring land or property in Kashmir, was removed.

Upon landing in Kashmir on August 7 and attempting to proceed towards downtown Srinagar, I witnessed that most of the streets were tightly controlled by the military forces. There was heavy patrolling at the main corners and volatile areas. Concertina wires blocked main roads and alleys across the city. Objects like stones, bricks and remnants of burned tires were strewn across the roads. The main streets were mostly deserted and appeared haunting and smoky. The people too appeared visibly tense.

“It is an open war against the Kashmiri population. They have caged us inside our homes with no access to the world outside. The situation remains unprecedented, without any doubt. Even pro-India collaborators, such as the former chief ministers, the union minister and other leaders are facing the state’s oppression. From the viewpoint of the common masses, these spineless politicians deserve the worst because they have betrayed their own people when they were in power from the past five decades and have the blood of hundreds of children on theirs hands,” lamented Shabir Ahmad, 52, a driver living in the Humhama area. “God willing we will fight back till our last breath, we shall overcome this dark patch of our history,” he added.

The chaos was quite visible. The current regime in India has changed the seven-decades-long status quo in Kashmir at great risk. How far the situation may deteriorate further, cannot be predicted.

“We want to challenge the fascist Modi-regime to open the curfew and see what people can do. If they bring an additional one million paramilitary to choke us it does not make any difference to us. We will resist India no matter the number,” asserted a 25-year-old ‘stone pelter’ from Srinagar, who wished not to be named.

Clampdown on the population

Many in Kashmir fear that India is planning to change the demography of the region. This may be the real intention behind imposing a decision without taking the people or, for that matter, any of the politicians into confidence.

The prevailing tense atmosphere in the state has exacerbated the high anxiety and depression levels among the population. People are not able to communicate with  family and friends, living inside or outside of Kashmir.

Throughout August, the police in a consistent manner, has arrested several youngsters in night raids. This has added to the misery of the common people who have been virtually caged, in the worst siege witnessed in the recent history of Kashmir. While government officials claim that things are under control, increasing shortages of life saving drugs and essential goods are being reported.

The state’s economy has been hit the worst. According to the Kashmir Chamber of Commerce (KCC), this clampdown is turning out to be a huge humanitarian crisis. “If the lockdown continued like this, the Kashmir valley will face a complete breakdown of the economy, hitting the horticulture, agriculture and tourism sector,” said Nisar Khan, vice president of KCC.

“No matter how long this oppressive siege continues, people are deeply disturbed with the Indian state and those who back these fascists. The day the paramilitary fully vacates the streets and authorities allows people to assemble, the Narendra Modi-led government will see how dormant lava erupts across Kashmir. The ‘grey zone’ has been cleared. You’re either with the people, who are under oppression or with India, who is the aggressor,” said Mohammad Rafiq, a local from Srinagar’s Khanyar area.

Dispatches from India: Two years since abrogation of Article 370 in Kashmir 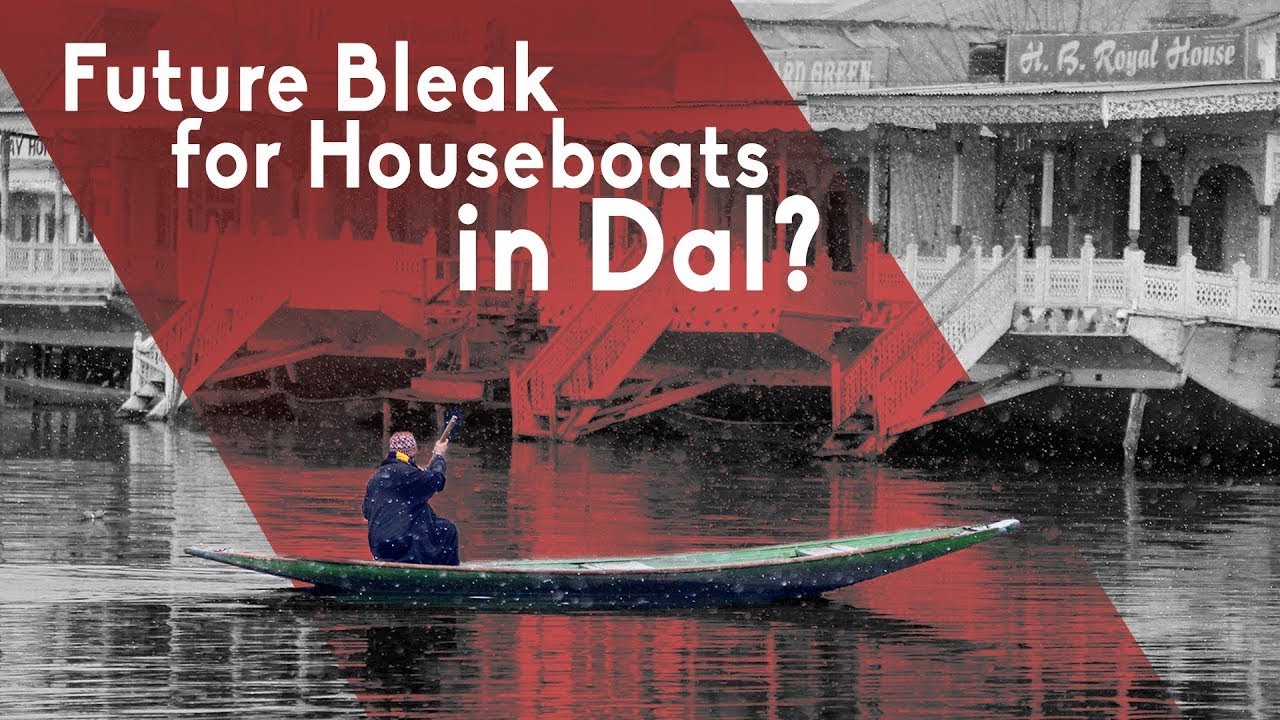