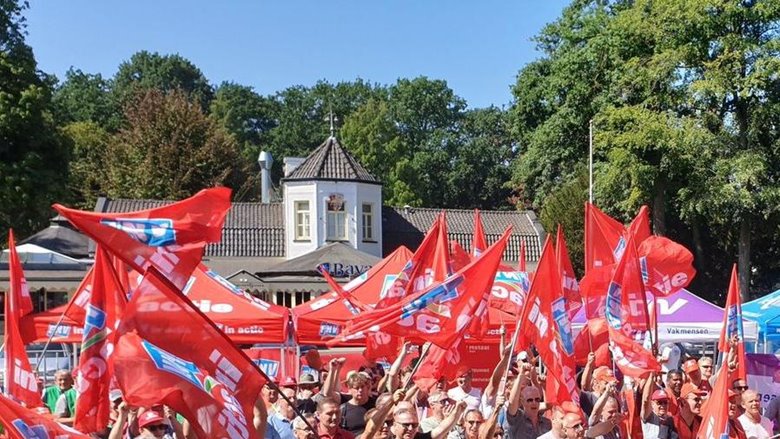 After months of continuous agitations and negotiations, the Dutch metal workers have finally managed to secure a fair Collective Labor Agreement on September 5. The new labor agreement proposes a salary hike of almost 8%, to be increased in three phases over 28 months.

An agreement has also been reached on wage hikes for young workers. Salaries have been increased and adjusted, particularly for those who fall in the 21-year-old age bracket. At the same time, a Generation Pact has ensured that older employees have the option to remain in good health by working less until the age of retirement, with their salaries being adjusted accordingly. Employees from the age of 60 are entitled to participate in the variant to work 80%, with 90% wages and 100% pension. This will provide an opportunity for the youth to join the workforce.

The Dutch metal sector employs around 300,000 workers, mainly in the installation, insulation, machining, bodywork, gold and silver industries. They are recruited by large companies like Engie, SPIE, Strukton, TMS, besides many other small metallurgical companies.

Solidaires reported that in March 2018, the two main metal workers’ trade unions, the FNV Metaal and CNV Professionals, had surveyed their members and put forward certain collective demands. These included a wage hike of 5% by June 1, the abolition of the lower youth wages, the right to work less from 60 years of age and fixed contracts for “flex workers”. Agitated by the initial cold responses received from the employers, the metal workers went ahead with warning strikes in June and September.

Jacqie van Stigt, director of FNV Metaal said that, “thanks to all the strikers in the metal & technology, there is now a decent CLA with a good salary increase of almost 8%. Only through the pressure of the campaigns did the metal employers realize that they had to make better agreements. The right to a generational pact is very important to be able to keep up the work until retirement. I am also very happy with the commitment of 5,000 flex workers to get a permanent contract. This package has made the sector more attractive to staff, and that is desperately needed in these times of large technical staff shortages.”