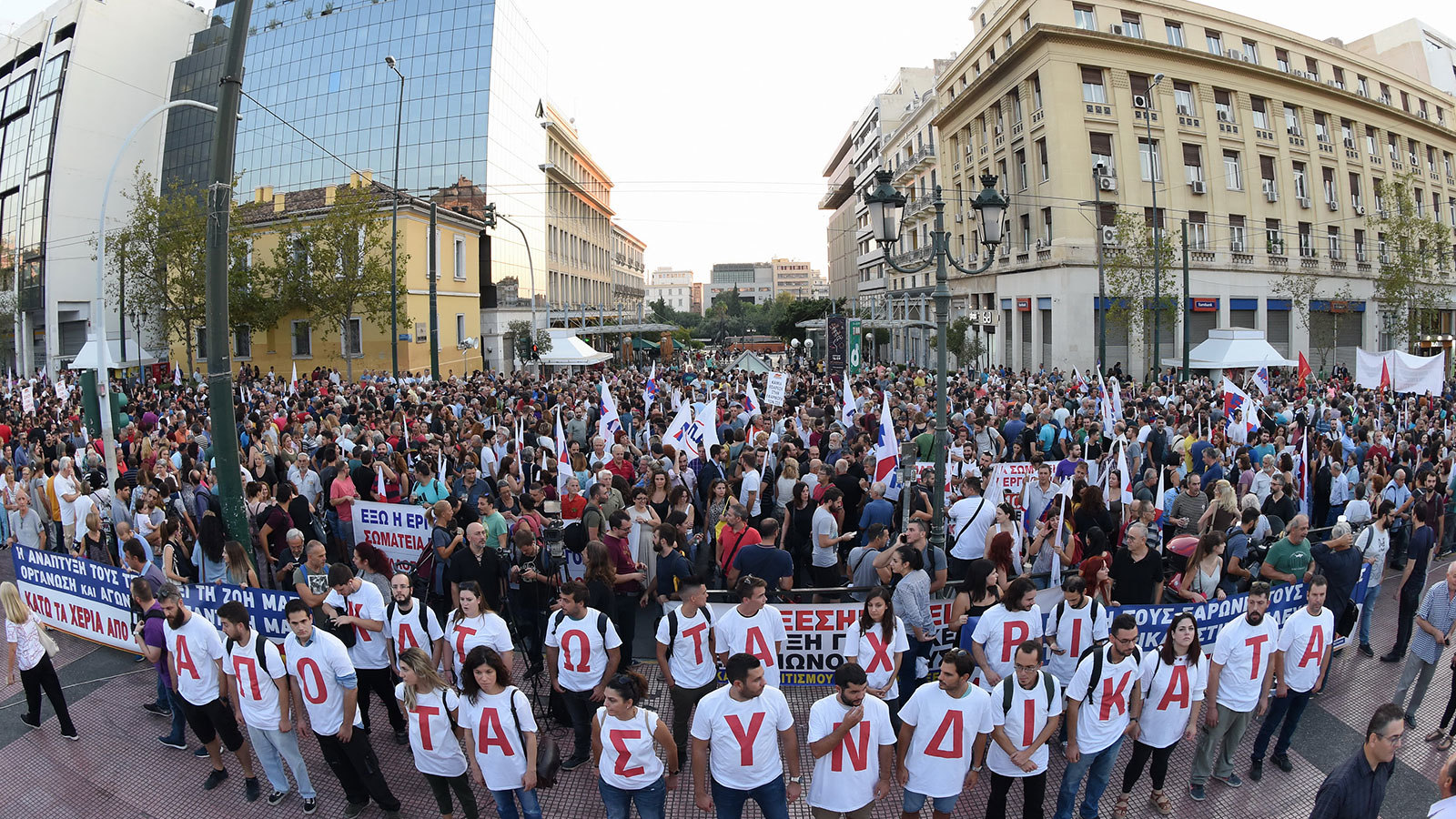 On September 17, thousands of workers marched in Athens to protest the anti-trade union measures proposed by the conservative New Democracy (ND) government of Greece. The All-Workers Militant Front (PAME), a radical trade union front, gave the call for the mobilization.

The new Government of ND, is pushing to impose electronic registry for all trade union members, thus giving the employers, the police and the state the information of all union members. The government also want to abolish the collective procedures of the unions, by imposing e-voting for all union decisions. These new regulations are proposed along with a new new development bill tabled by Development & Infrastructures Minister Adonis Georgiadis in the Greek parliament on the second week of September.

PAME has called to observe a country wide workers strike on September 24, against anti-worker provisions proposed in the new development bill.

Kathimerini reported that Greece’s civil servants’ union ADEDY also called for a 24-hour strike on September 24 in protest at the bill.

Previously, on September 7, thousands of people under the banner of PAME marched in Thessaloniki during the 84th Thessaloniki International Fair against the anti-worker policies of the ND government. PAME had also marched on September 3 to the  Ministry of Labor, where it denounced the government-employer plans against collective organization and workers’ struggles.