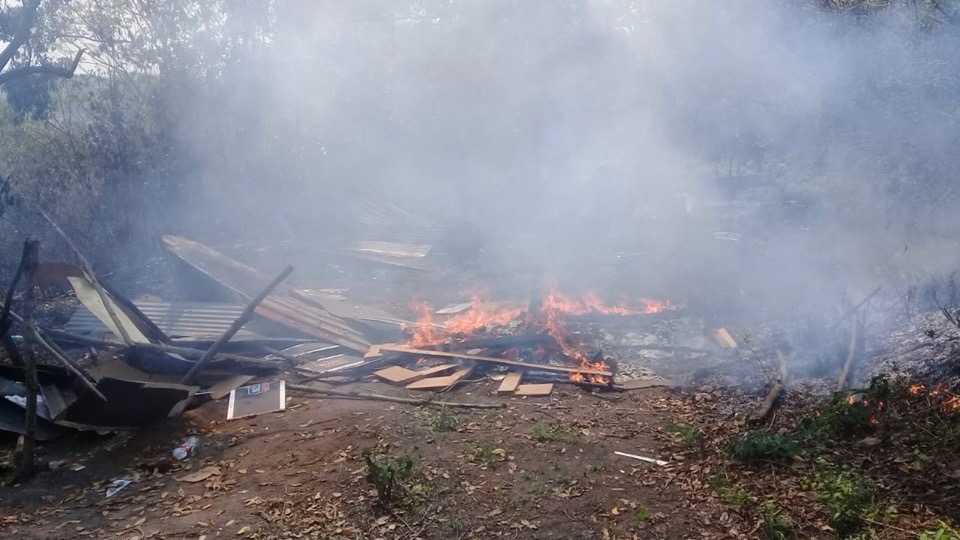 The Abahlali baseMjondolo movement occupies unused land to build shacks for housing the urban poor close to the cities where they work.

South African police personnel and the anti-land invasion unit, acting at the behest of the municipality, one again attacked the Azania land occupation in Cato Manor on September 23, Tuesday. They demolished shacks housing at least 98 families. The shacks were built by members of the Abahlali baseMjondolo (AbM) or the shack dwellers’ movement.

This demolition came only two days after another attack on the Burlington land occupation, where authorities demolished 60 to 70 shacks, rendering another 400 homeless. Both these demolitions were carried out without a court order, which is illegal but an increasingly common practice in South Africa.

These tiny shacks, walled and roofed with metal sheets, were built by members of Abahlali baseMjondolo with the material they gathered and without any assistance from the government.

The AbM, since its inception in 2005, is involved in occupying unused lands to build shacks, often with self-connected electricity and water supply, to house the urban poor close to the city centers where they stand some chance of finding a livelihood.

The settlement on the Burlington, located in between Chatsworth and Pinetown, was built three months ago to house the hundreds of people who were earlier evicted from another settlement in the same area.

The earlier eviction was carried out with a court order, and therefore regarded as legal. However, the lawyer assigned by the state to represent the shack dwellers who were served an eviction notice, was found to be unqualified. This was after he had taken R100,000 (about USD 6725) from many of them as fees, George Bonono, the chairperson of AbM’s Kwazulu-Natal province, told Peoples Dispatch.

The municipality maintains that the eviction was carried out to build housing facilities in the area. However, the new houses will inevitably be allotted to the ruling ANC’s supporters, Bonono said.

AbM members then occupied another piece of land in Burlington to house the shack dwellers who had lost their shelter. However, three months later, on September 21, when most of the shack dwellers had gone to the city center to look for jobs, the security personnel attacked their settlement, this time, without a court order.

In order to secure a court order, the municipalities should usually demonstrate the need for land for a specific project. However, Bonono claimed that authorities have mentioned no such plans for which the people must be evicted.

“No only did the authorities demolish the shacks, but they also poured kerosene and burnt the belongings our people had left behind in their shacks. They came later in the evening to find everything they had burnt down,” informed Bonono.

The attack on the Azania settlement on September 23 is the latest since February when it was built. In at least one of these attacks, rubber bullets were fired, injuring several shack dwellers.

After each such illegal demolition, AbM members have been rebuilding the shacks. The frequency of attacks on their occupations has been on the rise since June. Nowadays, “there are at least three to four attacks every week”, Bonono said.

After the attack on Tuesday, many of the residents have commenced rebuilding the shacks, using scrap metal sheets and other building materials they managed to gather. In the meantime, many vulnerable people, mostly women and children, are lying homeless outside the settlement.