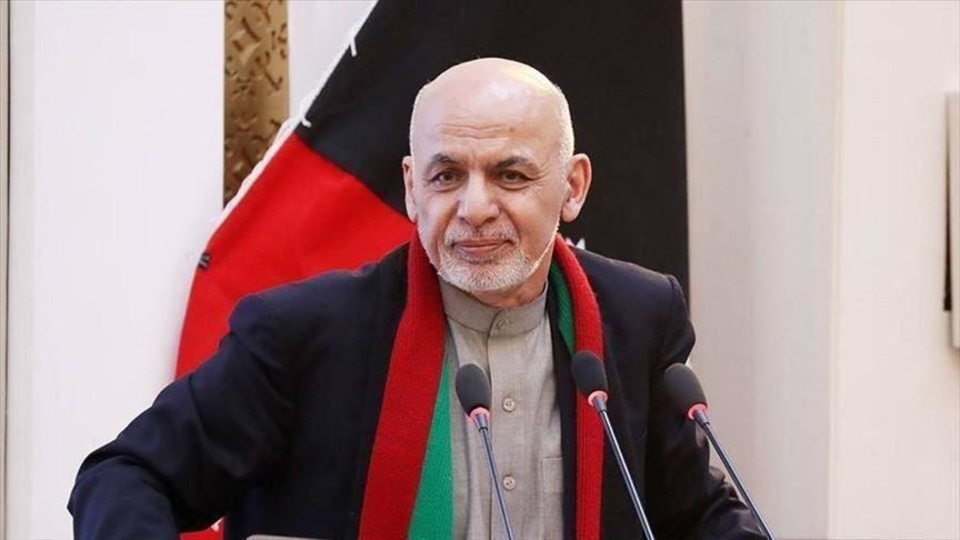 Afghan president Ashraf Ghani is seeking a second term in the elections that will be held on September 28.

On September 28, Afghanistan will conduct its fourth presidential election since the overthrow of Taliban rule after the US invasion in 2001. The election was originally scheduled to be held in April but was postponed twice by the Independent Election Commission (IEC) of Afghanistan.

There are 16 contenders for the top post. Incumbent Ashraf Ghani is the leading candidate and chief executive Abdullah Abdullah is his main rival. The results are likely to be a repeat of the 2014 elections when the duo were the main candidates.

Wednesday was the last day of the campaign which began in July. However, a section of the political class in the country led by former president Hamid Karzai have come out in opposition to these elections. According to this section, the idea of holding elections amid the “foreign imposed” war will intensify the problems faced by the country.

In an interview given to the Associated Press, Karzai blamed Ashraf Ghani for the chaos and the prolongation of the war in the country. He emphasized that presidential elections should be suspended till the conclusion of the intra-Afghan dialogue. He also called for the resumption of talks with the Taliban.

President Ashraf Ghani however thinks that any talks with the Taliban can only be held after the elections. According to him, elections will strengthen the government’s side in the talks and provide them legitimacy.

The Taliban has called the elections a “fake process” and called for its boycott. It has warned that those who vote will face severe repercussions. The northern provinces of the country have seen a recent surge in violence with government forces going on the offensive after the US announced the end of the year-long negotiations with the Taliban.

The Taliban today is at its strongest since 2001. According to various media reports, it controls around 20% of Afghanistan’s territories directly and has influence over more than half the country.

It has been speculated that presidential elections were delayed due to the US desire for a deal with the Taliban. Observers have pointed out that the US wanted to use the elections as a pressure tactic to force the Taliban to negotiate a deal. US president Donald Trump abruptly announced the end of the talks with the Taliban earlier this month.

The Taliban had refused to engage with the Ashraf Ghani government and called it a puppet of the US. So far, there are no indications that post the election, the stance of Taliban will change in anyway and that talks will resume.

Elections in Afghanistan have always been marred by allegations of fraud and corruption. Gulbudin Hikmatyar, long-time warlord and a candidate in the current elections, has even alleged foreign meddling in the election. The 2014 elections were so contentious that Ghani had to accommodate his main rival, Abdulla Abdullah, in the government and make him his chief executive due to pressure from the US. Last year’s parliamentary elections saw so many allegations of fraud that the IEC cited them as a reason for the postponement of the presidential elections.

The elections will see people directly electing the president. All citizens above the age of 18 are eligible to vote. A candidate must get at least over 50% of the votes cast to become the president. If no candidate is able to get the required 50%, a run-off will be held between the top two candidates.

The term of the president is five years. Each candidate has two vice-presidential nominees. In a country where ethnic bonds are strong, most hopefuls choose their running mates keeping these considerations in mind. For example, Ashraf Ghani, a Pashtun, chose Amrullah Saleh from the Tajik community and Sarwar Danish from the Hazara community as vice-presidential candidates. The Tajiks are the largest ethnic minority in the country and Hazaras are the second.

Though Afghanistan has a population of around 35 million, it has only 9.6 million registered voters. The number of registered voters is less due to the ongoing war in different regions where the election process has not been initiated.

Preliminary results of the September 28 election will be announced on October 16 and final results on November 7.

According to the IEC, of the more than 7,000 identified polling centers in 33 provinces of the country, more than 2000 will be closed on election day due to security concerns.

According to 2004 constitution of Afghanistan, the president is both the head of state and the commander of the armed forces. The cabinet or the executive of the country is appointed by the president subject to the approval of the lower house of parliament.

The parliament, called the National Assembly, has two chambers – a 249 seats Wolesi Jirga or House of the People (the lower house whose members are directly elected by the people) and a 102 seats Meshrano Jirga (Elders’ house).

Most of the candidates are fighting the election on the issue of peace and security. Ghani’s slogan is State Building. He promises intra-Afghan talks post the election. Abdullah Abdullah too talks about “peace and stability.” In the absence of any major alternative issue, it is most likely that the voters choose candidates on the basis of their traditional loyalties.

The Taliban has already attacked two political rallies, killing a number of people. According to UN sources, 2019 has seen the largest numbers of terror-related casualties in recent times. According to a BBC report, on an average, 74 people were killed every day in the month of August. The United Nation Assistance Mission in Afghanistan (UNAMA) claimed that in the first half of the 2019, around 4,000 civilians were killed and the majority of them were killed by the government, the US and NATO forces, not the Taliban or even Daesh (ISIS).

On September 20, more than 30 farmers were killed in a drone attack carried out by US forces in Nangarhar province. Many see safety from the government, US and NATO forces as a bigger issue than the safety from the Taliban or Daesh.

However, there are numerous reports that the rising power of the Taliban has created a widespread skepticism about the future of democracy in the country. A large number of women activists, for instance, have denounced the peace talks.

Thus, the fear of violence and lack of interest in remote areas of the country may lead to a low voter turnout. According to the IEC, around 72,000 security personnel will be deployed to provide security, with a reserve of around 30,000.

The imperialist war has impoverished a majority of the population, with more than half living below the official poverty line and millions displaced and under constant risk of losing their lives and livelihoods. Official unemployment in the country is as high as 35%.

It has been almost two decades since the invasion of the country by the US and NATO forces in 2001. In fact, the people of Afghanistan have not seen a single day of peace and stability since the late 1970s. The so-called transition from Taliban rule to democracy saw the politics of the country dominated by either erstwhile warlords or US-imposed leaders such as Hamid Karzai with no real roots in the country’s politics.It is no surprise that even the Americans have started complaining about rising levels of corruption in the country.

Though Afghanistan has already seen several rounds of elections in the last two decades, no real democratic process is possible without peace and stability. Afghanistan is the most glaring example of the failure of external interventions in establishing a credible and legitimate political system in any country.