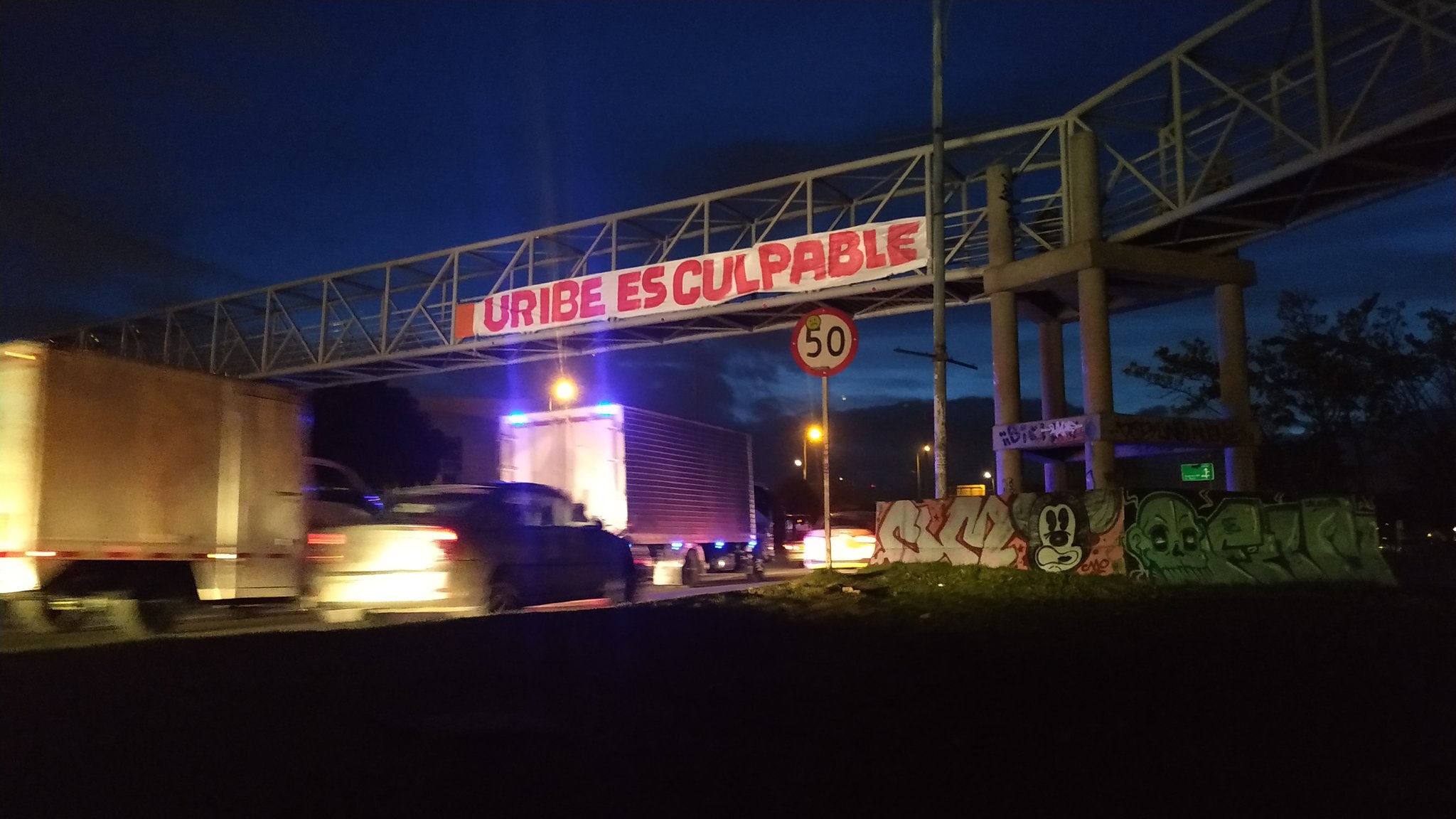 Today is a historic day in Colombia. One of the most controversial leaders, Álvaro Uribe Velez is appearing before the Supreme Court of Colombia to be questioned in a case of witness manipulation and fraud. Uribe is currently implicated in over 270 legal cases which involve charges of illegal wiretapping, organized crime, selective assassinations, forced disappearances to name a few, and today is the first day that he will be answer for some of his crimes.

Members of social movements, political parties, human rights organizations and victims organizations have gathered in the capital Bogotá outside the Supreme Court to rally in support of the body and the legal process. Across the country, activists carried out banner-drops, painted graffiti and rallied to declare “Uribe is guilty”. Meanwhile small groups of Uribistas, the extreme-far right political tendency led by Uribe himself, and members of his Democratic Center party mobilized in support of the former president.

Sebastian Quiroga, a spokesperson of the political organization Ciudad en Movimiento (City in Movement) explained to Peoples Dispatch the political significance of the ex-president for the people of Colombia: “Álvaro Uribe was president between 2002 and 2010 during which he implemented the Democratic Security Policy which supposedly was meant to combat the guerrilla but in reality it was a project to consolidate an economic and political model that he represents and that he was working for. It is the economic model of drug trafficking, of large landowners, of exploitation of the land, exploitation of people, of mining, large cattle farmers, mega projects, foreign investment and private investment.”

Quiroga highlighted that, “Álvaro Uribe represents death and threats. He is a terrible person in the history of the country. During his government many atrocious massacres were committed, human rights were violated, the opposition was persecuted, the phones of the opposition, judges and human rights defenders were tapped. Álvaro Uribe represents the relationship of the political class to criminality in its most shameless and explicit expression.”

How was Uribe finally brought before the Supreme Court?

In 2012, Senator Iván Cepeda, a human rights defender and son of Manuel Cepeda Vargas a member the Patriotic Union who was assassinated in 1994 by paramilitaries, attempted to prove to the Colombian justice system that Uribe had links to paramilitary structures in the country. He specifically accused Uribe and his brother Santiago Uribe Vélez of participating in the creation of the Metro Block of the United Self-Defense Forces of Colombia (AUC).

In response to the case, Uribe denounced Cepeda for supposedly bribing former paramilitaries so that they would testify against him. The Inspector General at the time Alejandro Ordóñez investigated him and found no evidence to substantiate Uribe’s accusations.

In 2018, the Supreme Court decided to close the case against Cepeda but opened up an investigation of former president Uribe for supposedly manipulating witnesses and committing procedural fraud.

The evidence against Uribe is overwhelming. In the case there are 42 witnesses including several convicted paramilitaries who all have admitted to being contacted by Uribe’s lawyer Diego Cadena in order to retract their testimonies in Cepeda’s case against Uribe.

One of the key witnesses is Juan Guillermo Monsalve who is currently being held in special custody in La Picota prison in Bogotá. He was convicted of crimes of extortion, kidnapping and conspiracy to commit a crime, and the Attorney General has confirmed that he was part of the Metro Block of the AUC in Medellín. Monsalve was interviewed by Cepeda in 2011 to help build the case against Uribe but was later contacted by Diego Cadena to retract the testimony and in exchange he offered his services as a lawyer. Their whole conversation was recorded.

Despite this overwhelming evidence, Uribe and his supporters have maintained that he is innocent and insist that anything he did was for the good of Colombia. Last night, hours before appearing in court, Uribe stated “I never thought that the defense of honor and my love of Colombia, head-on and with respect to the citizens, in accordance with the Constitution, would create these legal difficulties for me.” Ivan Duque, the current president and political protégé of Uribe, spoke out in support of Uribe yesterday and stated that “he is a person who has given his life to serve Colombia”.

Social leader Sebastian Quiroga pointed out, however, that every day Uribe is losing legitimacy and support and his supporters have engaged in desperate attacks against Cepeda and the political opposition to attempt to distract the conversation. However, he affirmed, the people of Colombia and the anti-Uribista sectors are resolute in their defense of the Justice system, and the need for truth.

What could happen today?

After the extensive questioning that Uribe will undergo today, there are several possibilities. The Court could close the investigation if they consider that there is not enough evidence to accuse Uribe of bribery and fraud. In the case that they decide to continue with the process and bring it to trial for one or both of the crimes, they will then decide if Uribe will be allowed to defend himself in liberty or if he should be brought to prison as a preventative measure.

While the current case open against Uribe only represents a fraction of the crimes he has committed, human rights and victims organizations have applauded the Colombian Justice system. Quiroga explained the importance of this moment, “This is the first time since Alvaro Uribe’s presidential term ended that he will present himself on the stand due to a denouncement. There is this idea that Uribe is untouchable because he is one of the biggest criminals in the country and it seems like no one can investigate him. So today is hugely important since this is the first time this has happened and we hope that the Justice System can take the case forward and make him pay for the crimes that he has committed in the country.” 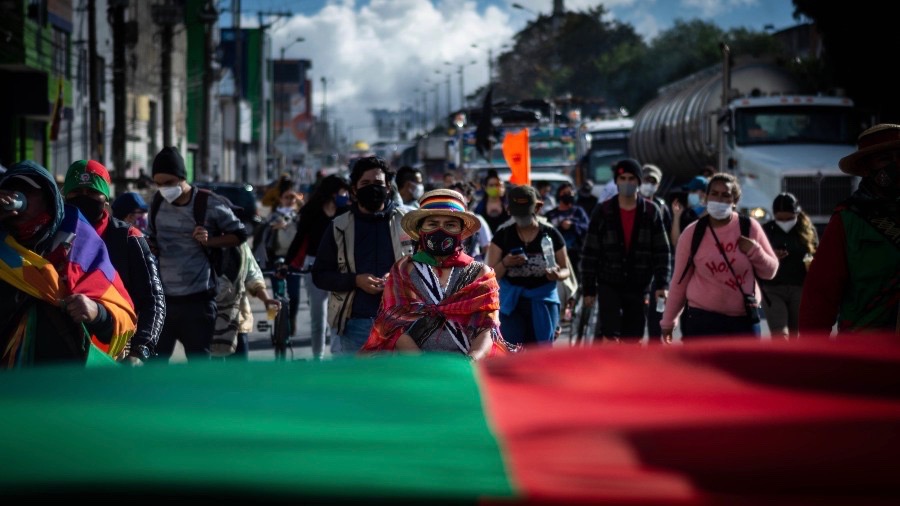 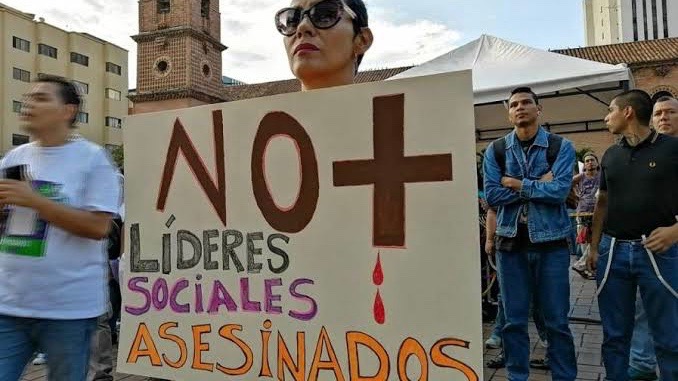 Assassination of social activists continues in Colombia despite lockdown