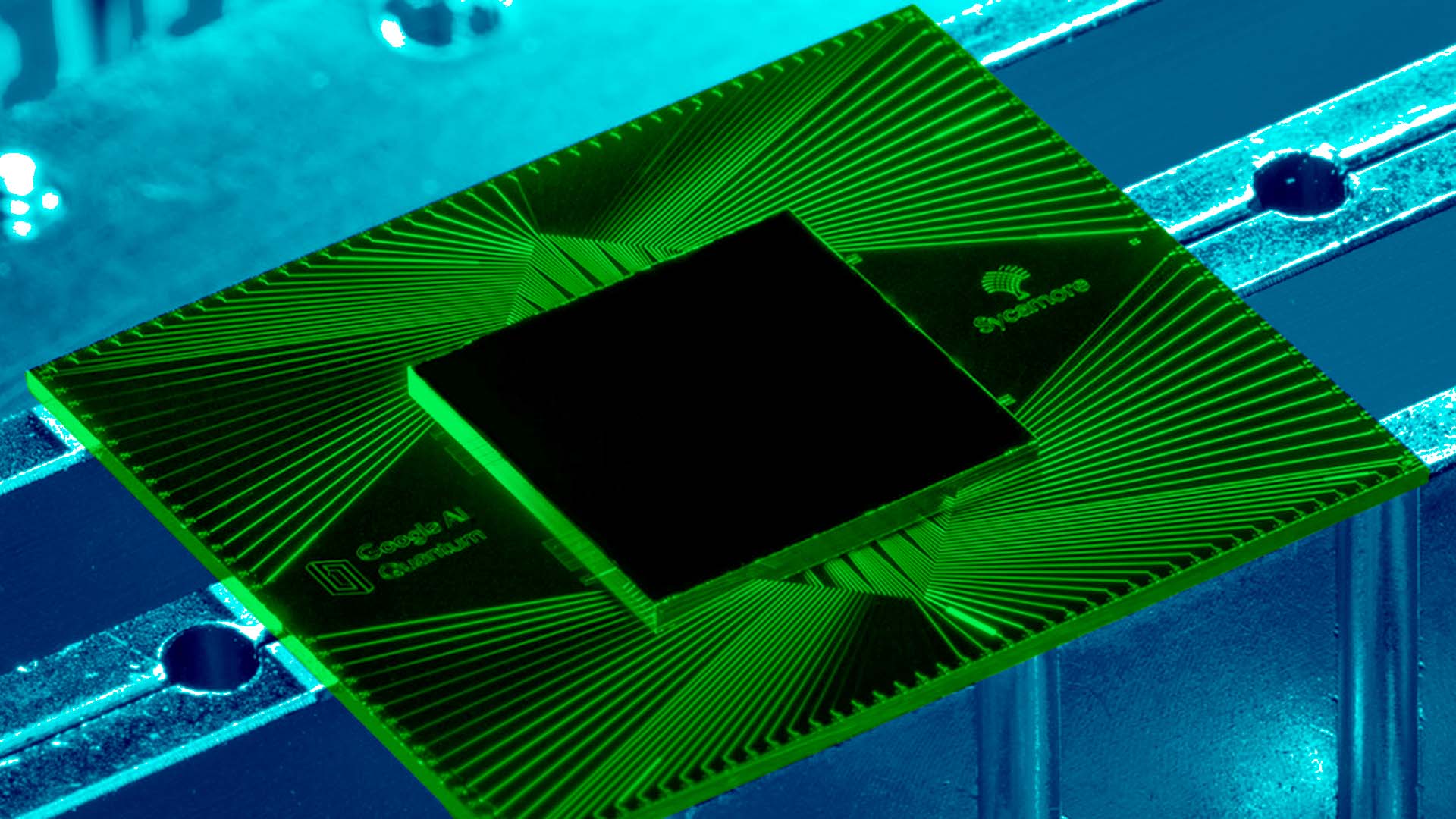 The bad news — for the science fiction enthusiasts — is that it is not going to replace our computers but will be useful only for a special class of problems. Its construction requires conditions such as super-low temperatures that can be created only in a special environment. We are not going to wear it on our sleeves or use it on our cell phones. At least not yet, and not with today’s physics! The encryption algorithms on which all our internet protocols and the world’s financial transactions are based are safe — for now.

Nevertheless, this is a huge step forward. Billions are being spent by nations and companies in the belief that it will open up areas of computations that have been closed so far. This is the first example of a specific problem being solved, even if it is a very particular one specially created for quantum computing.

The specific problems that can be put to a quantum computer could be extended to the real world: they could solve questions related to properties of new materials, artificial intelligence, protein chemistry, and so on. These problems would either relate to those systems which themselves display phenomena with quantum effects. Or, since quantum computers are inherently probabilistic, the problems could relate to systems that deal with probabilities.

Quantum supremacy has been watched by cryptographers with dread. All internet protocols, financial transactions, blockchain-based systems (for example, bitcoins) works on cryptography. If quantum computers become available, all current cryptography, including the popular RSA private-public key systems, would be easily broken. A real nightmare for nation states and financial players who rely on such encryption systems.

Of course, new systems can be created that would withstand such quantum tools, but at a huge cost. And all current encrypted information will still be broken and therefore become readable.

The specific paper which has created a worldwide sensation over quantum supremacy — the holy grail of quantum computing — is only a draft version. A researcher in NASA associated with Google’s research inadvertently loaded it into NASA’s server for technical papers. As it happened, Google Scholar routinely scours such servers, and notified the existence of this paper to quantum researchers worldwide. It is Google that outed Google’s unpublished paper!

This paper — Quantum supremacy using a programmable superconducting processor written by Google’s AI Quantum and collaborators — has now been removed from the NASA server but it is, of course, widely available.

What is a quantum computer? The laws of physics in the subatomic world — quantum physics — differ from the everyday physics that we are familiar with. The possibility of a quantum computer was first proposed by Prof. Richard Feynman. He proposed that a computer running on quantum principles would solve quantum world problems in physics and chemistry. This means that if we are trying to simulate quantum phenomena on computing machines, the only way to capture or compute the quantum world in reasonable time would be to build the machines themselves on quantum phenomena, i.e., quantum computers. This was essentially a thought experiment at the time, meant to show that quantum simulations on computers that are based on classical physics would not work on quantum physics phenomena. The simulations would simply take too long.

So why do machines based on classical physics not work on quantum phenomena? Simply put, the calculations of such systems would grow exponentially with the size of the system, or how far in the future the state of the system is being computed. In any case, the future states of the quantum world are probability distributions. Therefore, they would be captured better by quantum computers that also give their results as probability distributions.

The quantum computer has quantum bits — “qubits” — that exist in different states simultaneously, based on the quantum phenomenon of superposition. The final value of a superposition can be found only when it is measured. That is, when it “collapses” to either a 0 or a 1. When that happens, the qubit’s life is essentially over, it can no longer be used in further calculations.

The second difference between classical computer bits and qubits is another property of quantum phenomena, entanglement. Each qubit is entangled with other qubits, giving rise to many more possible states that they can be in together, than each of them individually. In other words, the same number of qubits can handle a much larger number of possibilities than can classical bits. And therefore they can compute certain classes of problems much faster.

The beauty of such computations is that the size of the problem does not really matter: qubits working together crunch the bigger problems almost as fast as smaller problems.

What is the catch—why will not all classical computers be replaced by quantum computers? Without getting into the technology and cost issues — how it requires supercooled environment, the problem of harnessing the technology — let us look at the fundamental issues.

First, a quantum computer deals with quantum quantities. Put another way, it works only in terms of probabilities. Thus, by itself, it will not solve any given problem — it will not give a definite result but provide only a probability distribution of possible results. Second, the problem itself has to be formulated in a way that can be modelled in the quantum world: only a certain class of problems can be modelled in this way. Third, we need additional qubits to provide error-correction, otherwise errors will propagate and destroy any meaningful computation.

Google’s exercise showed that all three can be achieved: it chose a problem that could be formulated in probability-distribution terms. It had error-correcting code. And it is now verifying that the “answer” —  the probability distribution — is indeed the desired solution. Such verification can be done using a classical computers, or in this case, a super computer.

Google’s Sycamore quantum computer using 54 qubits (one bit was defective, so effectively 53 qubits) had error-correction codes and ran for 200 seconds. And it solved a problem that would have required a classical computer to run for more than 10,000 years. Of course, this comparison is unfair. It is like asking a bridge player to compete in a marathon against a long-distance runner. But Sycamore did pass the first test of solving a problem that would have taken a super computer far longer.

And what is the use of such a machine? Let us look at the flip side. Charles Babbage’s mechanical machines (Analytical and Difference-engines) morphed into actual computers after we mastered the technology of vacuum tubes and, later, electronic circuits. This took about a hundred years. The current qubit technologies are analogous to Babbage machines. These machines will also not solve the same problems that we solve with our current classical computers.

Today’s nation states have a huge stake in hack-proofing their digital infrastructure and using quantum communications for this purpose. They are also looking at the future, even if it is some time away — now not decades but probably years. No country can be left behind if it has big-power aspirations.

The United States is currently ahead of the game with Google, IBM building a 50-qubit architecture and others closely behind. D-Wave Systems, a Canadian company, has a functioning 2048 qubit system, and is building a much larger 5,000-qubit machine. But this can solve only a special class of problems and is not a programmable general-purpose quantum computer like the others are building. The Chinese are behind the US and its companies in the quantum computer race, but have achieved a functional 18-qubit entanglement, a different approach to quantum computing, and a 24-qubit machine.

China also seems to have many more researchers in this field, and a larger number of patents and research papers. Compared to that, India is way behind with a 3-qubit system in the Tata Institute of Fundamental Research (TIFR) and expenditure not even one percent of American and Chinese investments, which are by the billions of dollars a year.

Google’s latest exercise has brought quantum computing — or a technology-embedding uncertainty — knocking at our door. When and how it will enter remains to be seen. It is no longer a question of if, but when. 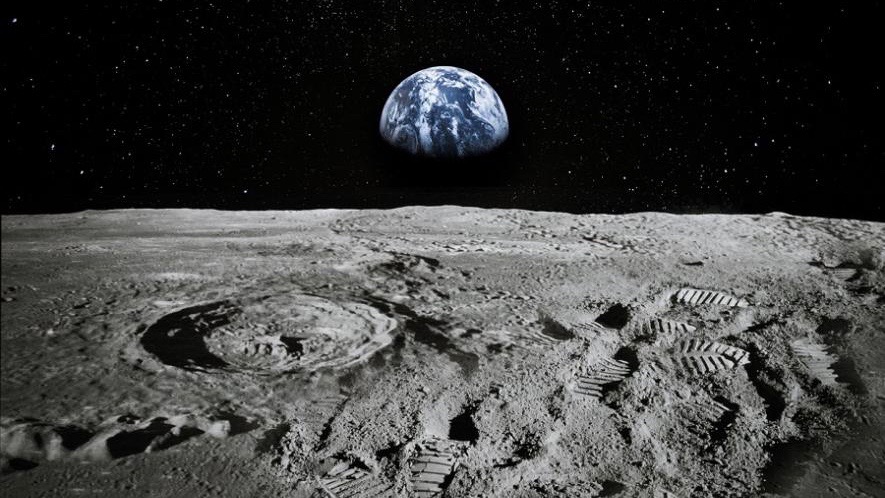 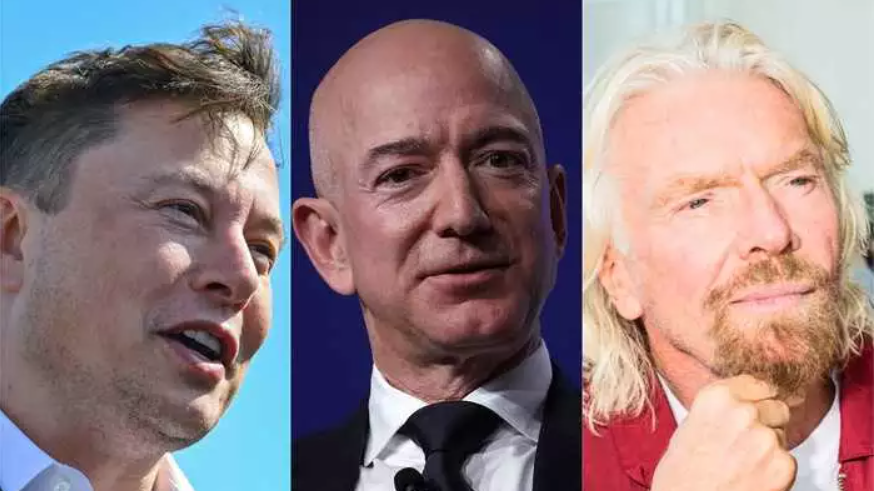 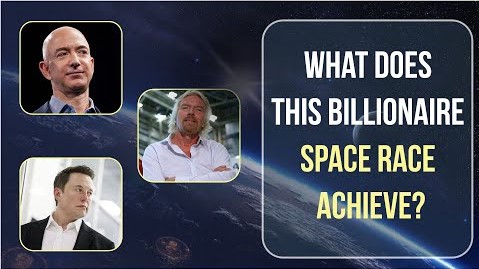