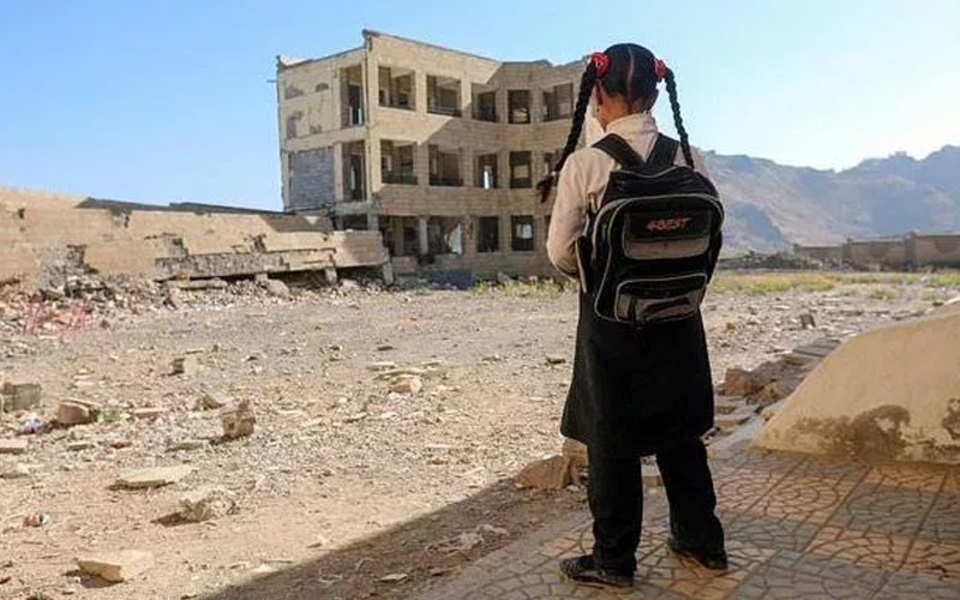 The Saudi-led coalition’s war against the Houthis in Yemen has ravaged the country, with poverty and starvation rates expected to touch unprecedented highs, according to the UNDP report. (Photo: AFP)

A United Nations (UN) report on Yemen says that if violence continues unabated, it will become the world’s poorest country by 2022. Published by the United Nations Development Programme (UNDP), the UN’s global development network, the report states that, “If fighting continues through 2022, Yemen will rank as the poorest country in the world, with 79 percent of the population living under the poverty line, and 65 percent classified as extremely poor.”

UNDP Yemen’s resident representative Auke Lootsma said that the war has “not only made Yemen the largest humanitarian crisis in the world, it has plunged it into a harrowing development crisis too.” He added that the country’s population “just cannot afford the title of being the poorest in the world,” taking into account the desperate and dire humanitarian situation they are already facing.

In March 2015, a Saudi Arabia-led military coalition intervened in Yemen with devastating airstrikes and ground troops. This was an attempt to defeat the Houthis and reinstate the Abd Rabbuh Mansour Hadi government which the former had overthrown. Since the military assaults by the coalition began, hundreds of thousands of Yemeni civilians have lost their lives and millions have been displaced from their homes. Approximately 14 million are at risk of starvation with at least 24 million (80% of the population) being dependent on international humanitarian aid. The Saudi coalition has carried out at least 19,000 air raids on Houthi-dominated and controlled areas of Yemen.

In December 2018, the UN mediated peace talks between the two warring sides in Stockholm, Sweden, and was successful in implementing a ceasefire in the port city of Hodeidah. Media reports indicate that informal discussions are on between the Saudis and Houthis for a more wide-ranging ceasefire.

However, even the Stockholm ceasefire hangs by a thread. The Houthis claimed on October 8 that the Saudi-led coalition had committed 1,594 violations of the Stockholm peace agreement in the past two months, adding up to a total 30,597 violations since the agreement was signed. Yahya Saree, the Houthis’ military spokesperson, during a press conference, said, “The armed forces [Houthis] and the popular committees have carried out their obligations according to the Stockholm agreement, and now the other party has to implement its obligations.”

Saree also stressed that the Saudi coalition’s blockade of Hodeidah must end or the Houthis would be forced to respond to the coalition’s air strikes on the city’s civilians. He added, “We reiterate that the talks on peace cannot be combined with the continuation of the siege (on Hodeidah) which causes the death of many of Yemeni people.”

Residents of Hodeidah protested in front of the UN headquarters last Sunday against the ongoing siege of the city. They criticized the UN for its silence on Saudi crimes, including the seizure of ships carrying food, oil, medical supplies and other essential and humanitarian items headed towards Houthi-controlled areas, Al-Masirah TV reported.