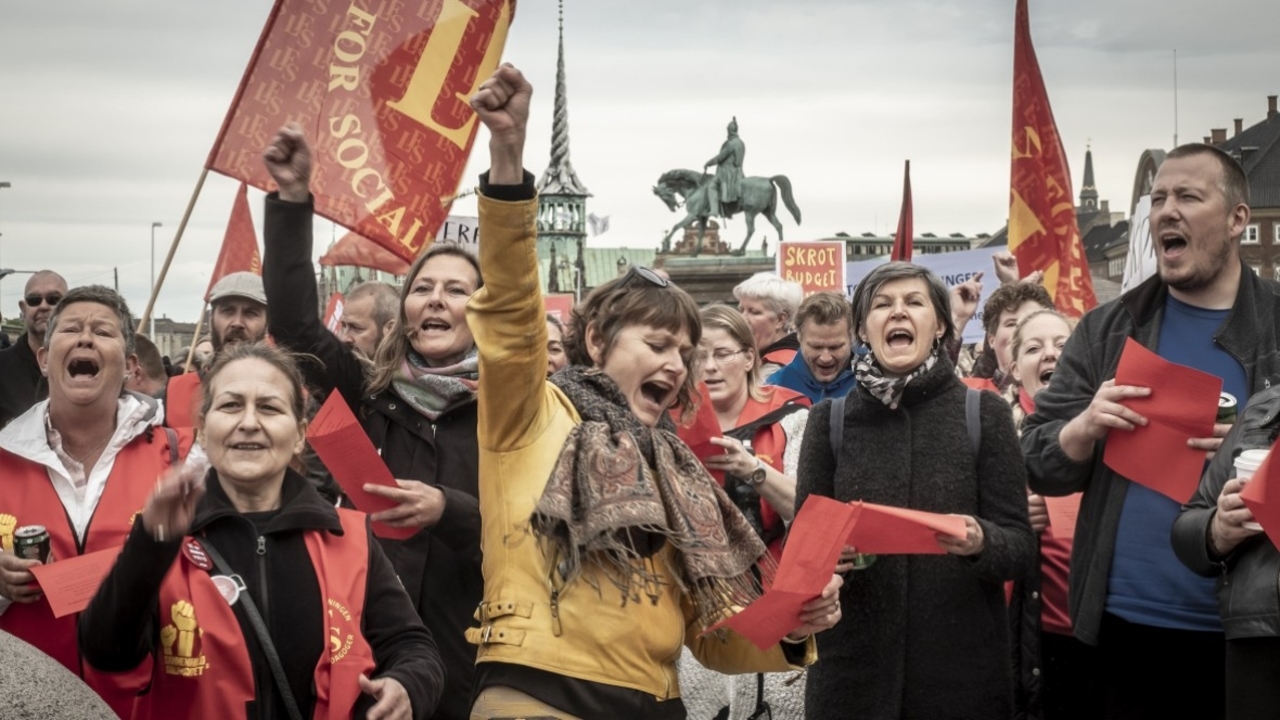 Trade unions and leftist political parties in Denmark have started a vigorous campaign calling for an end to the European Union (EU) scripted budget law enacted in the country in 2012. The legislation places a ceiling on social spending and development expenditure by the government.

Trade unions are demanding that the austerity measures imposed under this Budget Act be scrapped and a new people’s budget implemented. The nationwide campaign has been intensified with the upcoming budget session of the Danish parliament, the Folketing.

Denmark’s accession to the EU financial pact had prompted the passing of this Budget Act, which imposes strict fiscal regulations, including ceilings on spending at the central, regional and municipal levels.

The newspaper Arbejderen (The Worker) has reported that a section of the media – largely owned by corporates, employer associations and pro-EU political groups – has attempted to create a narrative against any reversals in the current form of the Budget Act.

However, Pernille Skipper, spokesperson for the Enhedslisten (Unity List –  Red – Green Alliance), has said that next year’s Budget Act must be labeled on welfare and measured with respect to climate accounts. Enhedlisten’s 13 members in the Folketing form a key support group of the Social Democrat-led coalition government in Denmark, headed by Mette Frederiksen. The party has called for the sanctioning of funds to ensure that minimum standards in public services are maintained, especially with regard to mental health care, and for mitigating a large green footprint.

Ahead of nuclear deal meeting in Vienna, Iran calls for lifting of all US sanctions