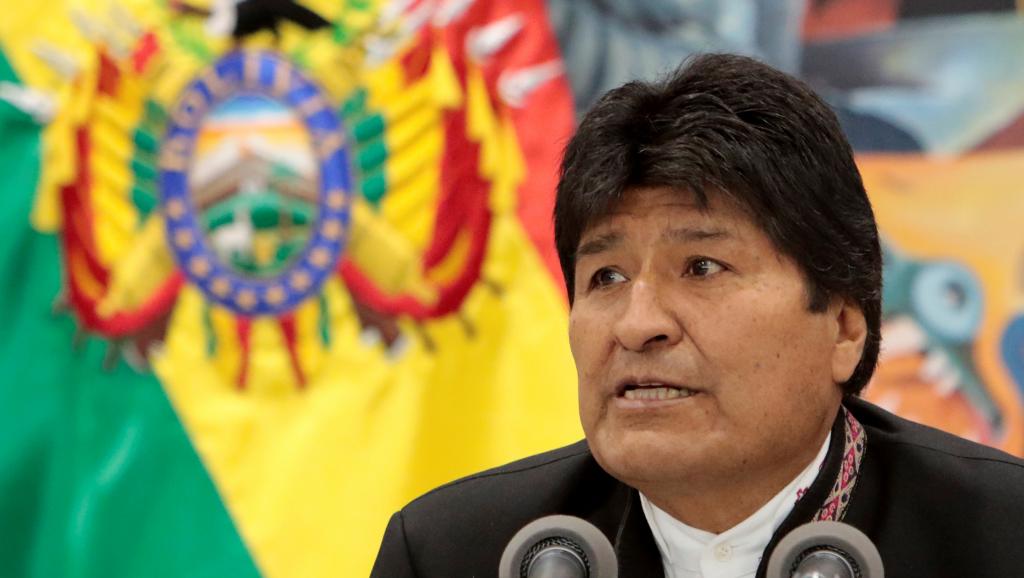 Evo Morales was forced out of office in a civic-military coup.

The Bolivian tragedy teaches us various lessons that our people and the peoples social and political forces must learn from and record in our consciences forever. Here is a brief list, jotted down quickly, and as a prelude to a more detailed analysis in the future.

First: despite the exemplary economic administration of the Government of Evo which guaranteed growth, redistribution, flow of investments and improvements in the macro and micro economic indicators, the right-wing and imperialist forces will never accept a government that does not lend itself to the services of its interests.

Second: it is necessary to study the manuals published by diverse agencies of the US and it’s spokespersons disguised as academics and journalists in order to perceive, in time, the warning signs of the offensive.

These texts invariably highlight the necessity of destroying the reputation of the popular leader, what in specialized slang they call “character assassination”, classifying him as a thief, corrupt, dictator and ignorant.

This is the task entrusted to social communicators, self-proclaimed “independent journalists,” that in favor of their almost monopoly control of the media, hammer this defamation into the mind of the population, accompanied by, in the case we are dealing with, messages of hate directed against the Indigenous people and the poor in general.

Third: once the prior is completed, the time comes for the political leadership and the economic elite to demand “a change,” to put an end to “the dictatorship” of Evo that, as the disgraceful Vargas Llosa wrote a few days ago is “a demagogue that wants to eternalize his power”.

I bet he was toasting and drinking champagne in Madrid when he saw the images of the hoards of fascists looting, burning, chaining up journalists to a post, shaving the head of a female mayor and painting her red, and destroying the ballots of the last election, to carry out the mandate of Don Mario and to liberate Bolivia of an evil demagogue.

I mention him as an example because it is the immoral flag bearer of this vile attack, of this limitless felony that crucifies people’s leaders, destroys democracy and installs a reign of terror led by bands of hit men hired to punish a dignified people that had the audacity of wanting to be free.

Fourth: the “security forces” enter the scene. In this case we are talking about the institutions controlled by numerous agencies, military and civic, of the government of the United States.

They train them, arm them, do joint exercises and they educate them politically. I had the opportunity to witness this when, at the invitation of Evo, I inaugurated a course “Anti-imperialism” for officers of the three armed forces.

In this opportunity I was astonished by the degree of penetration of the most reactionary North American slogans inherited from the era of the Cold War and due to the undisguised irritation caused by the fact that an indigenous person would be president of the country.

What these “security forces” did was withdraw themselves from the scene and give free range for the uncontrolled actions of the fascist hoards -as they acted in Ukraine, in Libya, in Iraq, in Syria to overthrow, or try to do so in this last case, leaders that bother the empire- and as such intimidate the population, the militant sectors, and the figures of the government themselves.

So it’s a new socio-political concept: military coups “by omission”, allowing the reactionary groups, recruited and financed by the right, to impose their law. Once terror reigns and with the defenselessness of the government, the outcome was inevitable.

Fifth: The security and public order should never have been entrusted in Bolivia to institutions like the police and the army, colonized by imperialism and it’s lackeys of the local right-wing.

When the offensive was launched against Evo, he opted for a policy of appeasement and of not responding to the fascist provocations.

This served to embolden them and allow them to increase their bets: first, demand a second round run-off election; then, fraud and new elections; shortly after, elections but without Evo (like in Brazil without Lula).

Then, they demanded the resignation of Evo; finally, due to his reluctance to accept blackmail, they instilled terror with the complicity of police and military and to force Evo to resign. Straight from the manual, everything. Will we learn from these lessons?