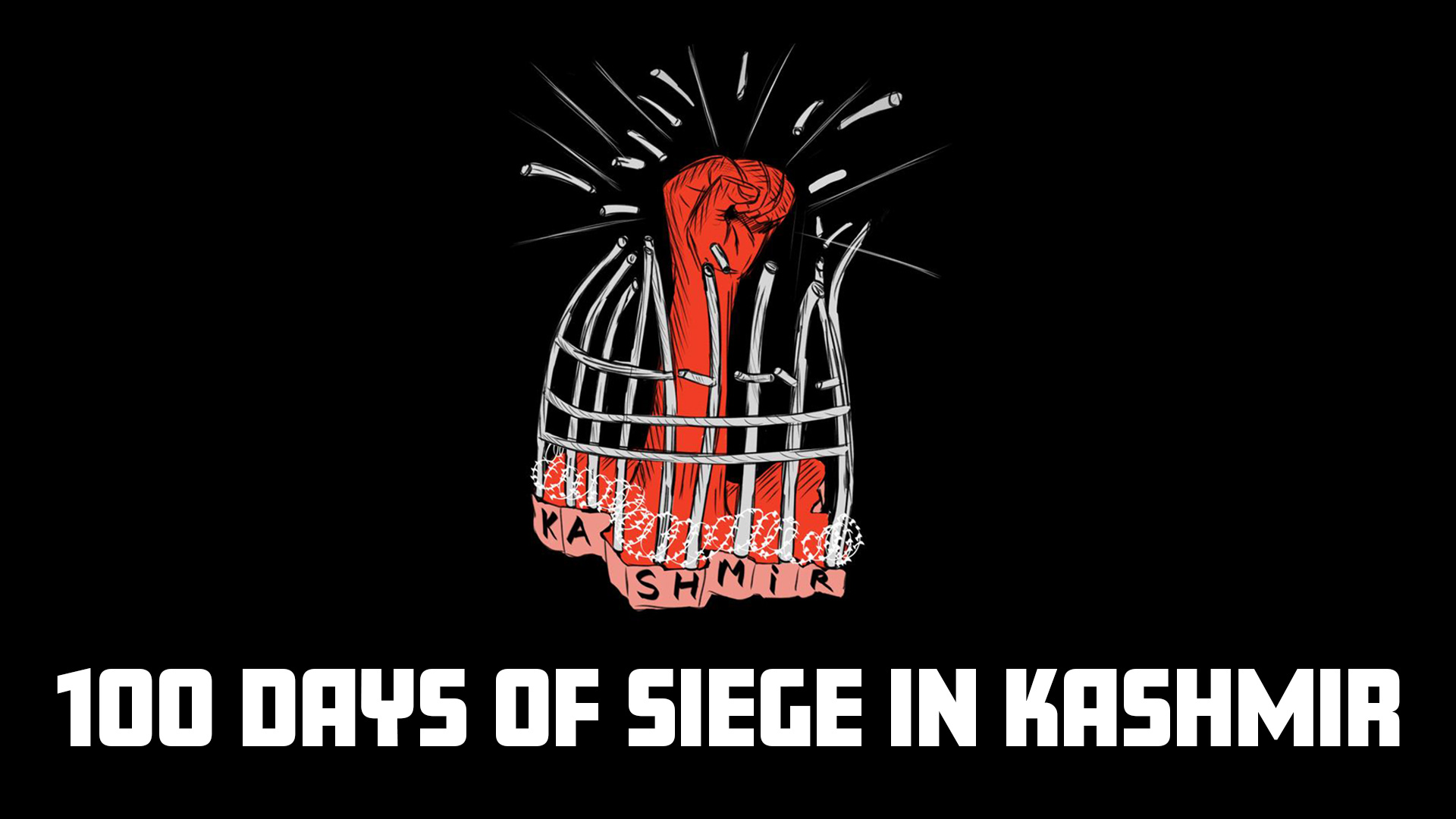 The unprecedented military siege of Kashmir crossed the 100-day mark on November 12. Even as a partial blockade of internet and mobile communication continues, large parts of the Kashmiri population are dissenting through engaging in civil disobedience. While the state administration has been trying to lift the ongoing shutdowns, the people who have spent almost three months under a tight security clampdown, are, in a show of protest, refusing to go back to their normal daily work routines.

On August 05, the Indian government led by far-right Bharatiya Janata Party (BJP), abrogated Article 370, the special status of Jammu and Kashmir and scrapped the constitutionally guaranteed autonomy.  The government also downgraded its statehood by creating two federally governed union territories in its place. The controversial move was without the consent of the local population. However, the decision had the backing of most political parties based in Hindi mainland of the country, who cited this as the final step to fully integrate the conflict-ridden and disputed Kashmir region into Indian territory.

Millions of people suffered, with many imprisoned for weeks altogether by the state apparatus. A state of terror was unleashed by the Indian forces. Stories of systematic torture, intimidation, detention of children and enforced disapperances slowly began to surface despite the communication blockade.

Thousands of civilians have since been arrested in Kashmir irrespective of political affiliations. Several politicians, lawyers, businessmen, activists, and local youths have been slapped with the draconian Public Safety Act (PSA), and shifted to jails outside of Jammu and Kashmir. Amongst the arrested are juveniles as young as nine-year-olds, who have been reportedly detained inside police stations. Amnesty International, in its report, has termed these detentions as arbitrary, and which must be prohibited under all circumstances.

Prominent lawyer and human rights activist, Parvez Imroz, told Peoples Dispatch, “Informal arrests are more, which the police are not showing in the FIRs. They would be more than 20,000 to 30,000 – there is no doubt about that.”

He also added that the “Indian state is not following its own laws. The habeas corpus (concerning unlawful detentions and disappearances) petition has to be decided within four weeks time and notice has to be given to the other side within 24 hours. That has not been followed. On the contrary, the notices are being issued for four weeks and then the matter is listed again for four more weeks. It makes the judicial institution completely irrelevant.”

The ongoing siege of Jammu and Kashmir has been described as worse than the situation fomented during the 1990s armed rebellion. The actions of the Indian state have given rise to widespread public disenchantment and led to grave mental health issues. Following the communication block-out, a large number of civilians complained of the humiliation and trauma they faced in availing basic healthcare. Students also complained about the disruption of the education system. Fear and political uncertainty have gripped the entire state, but people are determined to resist the state repression.