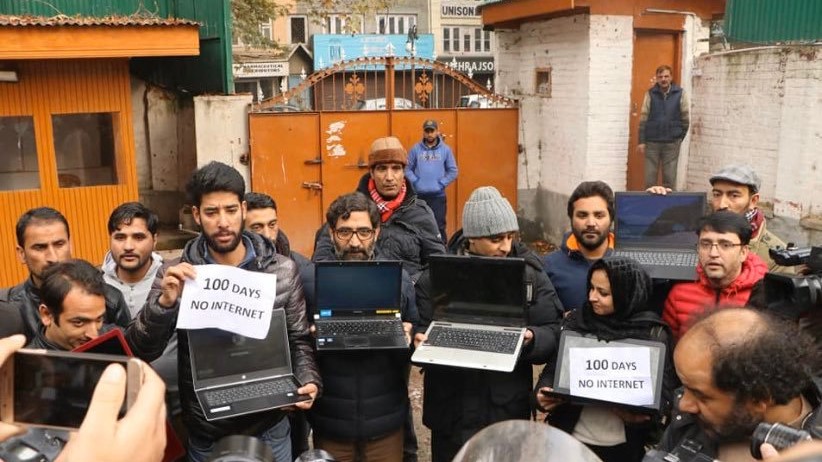 After closing down internet services in Kashmir for nearly four months, the Indian authorities have partially restored internet to around 100 subscribers in the region. However, the users are being asked to sign an informal bond to restrain them from uploading encrypted files containing any sort of video or photograph. The use of social networking sites, proxies, VPNs and Wi-Fi are also banned under the “Undertaking for Usage of Internet”.

The bond further directs subscribers to provide their internet content and infrastructure to the security agencies, whenever deemed necessary by the intelligence establishment. “For the allowed IP, there will be no social networking, proxies, VPNs and Wi-Fi and that all the USB ports will be disabled on the network,” the bond states.

The conditions placed on users appear as yet another attempt by the state apparatus to silence public dissent and frustration following the abrogation of the special status granted  to the state of Jammu and Kashmir under the Indian Constitution. On August 5, the central government led by the far-right Bharatiya Janata Party downgraded the state into separate union territories. Ever since, a security clampdown has been imposed by the authorities in Kashmir, bringing misery to the entire population in the valley with restrictions on mobility, communication and access to basic goods and services.

The impact on the economy has also been extremely grave. The region’s business fraternity has faced huge losses due to the continuous internet and communication blockade. People in the horticulture and tourism sectors are the worst affected, and many traders and hoteliers have repeatedly plead with the authorities to uplift the communication ban as their livelihoods have been put at stake.

While the internet has been partially restored, the office of Inspector General of Police in Kashmir has stressed that all connections are being monitored. As per reports, even within government departments, internet may be restored only after the head of the department takes responsibility that “no misuse of internet” will take place by signing a similar bond.

For 25-year-old engineer Faizan Bhat, who hails from Srinagar, the restoration seems like a mockery of the Kashmiri people. “Only some top officials have access to it, not even some senior bureaucrats,” he said while speaking to Peoples Dispatch. Even in the National Institute of Technology in Srinagar, the heads of departments, deans and teachers do not have access to internet services.

“One can imagine the suffering of students at Kashmir University, where thousands of students are relying on one system. How can scholars researching their subjects operate under these circumstances. From past 117 days, journalists and researchers are being forced to travel thousands of kilometers only to access the internet. By signing the informal bonds, the message from state authorities is clear they want to enhance the prevailing fear psychosis within the masses,”  Faizan said.

Another 30-year-old Ph.D. scholar, specializing on the urban youth of Kashmir, said that the partial restoration of the internet based on conditions mentioned in the bond, only signals more difficult times ahead for the region. “It is the beginning of our worst nightmares under Indian rule,” the scholar claimed.

According to locals, this internet surveillance has the explicit intention to muzzle the voices raised against injustice and Indian rule. “State authorities know the restoration of internet fully would mean the sharing of local voices and dissemination of information which until now remain under control. The social connectivity and flow of information most likely about the level of torture, mass arrests and other human rights violations by Indian forces could spark protests and thus belie the narrative of normalcy being peddled by the state,” the scholar told People Dispatch. 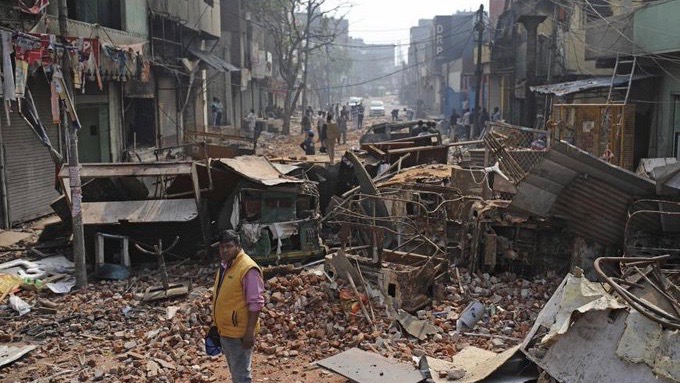