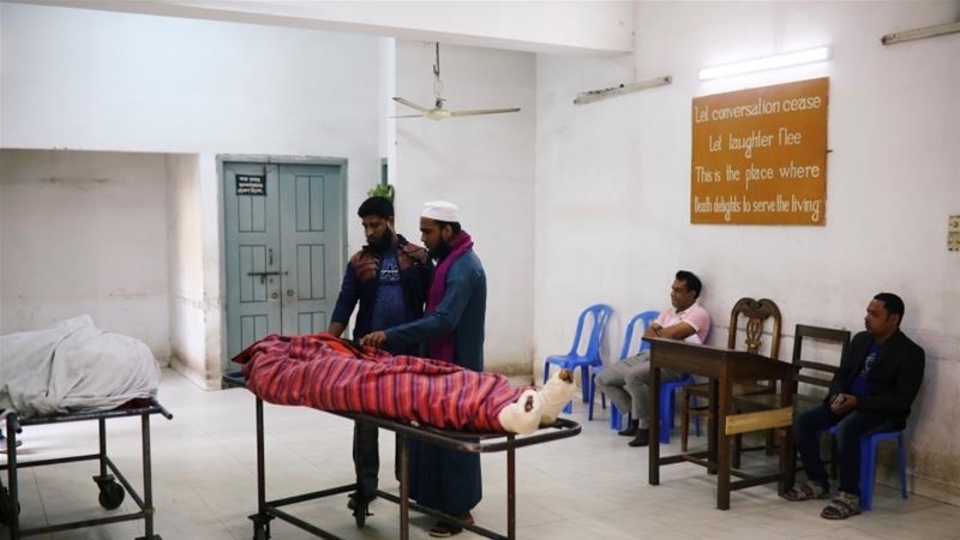 Casualty of the factory fire in Dhaka, on Monday.

On Monday, December 16, at least 10 workers were killed inside the Luxury Fan Factory in Bangladesh. This is the second major fire accident to take place in the capital Dhaka in the last four days. With Monday’s death toll included, a total of 27 workers have become casualties to official negligence by the Bangladeshi authorities in December so far.

The incident on Monday occurred in the Gazipur industrial district where the factory building caught fire, which took almost three hours to be extinguished. While the dead bodies of 10 workers were fished out from the debris by officials of the fire service, the total number of casualties has not yet been established. Investigations into the cause of the fire are ongoing.

Due to lax enforcement of safety codes, incidents of industrial fire are said to be higher in the dry winter season in the country. On December 11, in an earlier fire accident, at least 17 workers died inside an illegal plastic factory in Dhaka. This February, a blaze in a historic Mughal building in an old part of Dhaka killed at least 70 people and injured dozens. In November 2012, in one of the country’s most devastating fires, at least 111 had people died in a fire at a garment factory involved in the production of apparel for Western retailers.

Several human rights organizations have accused the Bangladeshi authorities of failing to implement their commitments under the Sustainability Compact of 2017, including the amendments to labor laws governing Export Processing Zones to bring them in line with international standards. Several reports have revealed that factory officials in Bangladesh have not been held accountable for the attacks, threats, and retaliation against workers, particularly against those involved with unions.

As per a report on workers rights’ in Bangladesh for the period between December 2016 and February 2017 by the Human Rights Watch, the government and garment manufacturers are complicit in cracking down on workers who demand better wages and working conditions, and have been guilty of “dismissing workers and arresting union leaders based on vague or repealed offenses under the draconian Special Powers Act of 1974.” The report concludes that while “the three parties – the global garment union IndustriALL, the garment manufacturers’ association and the Bangladeshi government reached an agreement this February… to release the 34 workers and union leaders, they [workers] continued to face criminal cases.”

Activists have also complained about the shortcomings in the implementation of the Bangladesh Accord on Fire and Building Safety, that was signed by 200 global brands and retailers following the Rana Plaza building collapse in 2013. The brutal fire had killed 1,000 workers. The legally binding agreement was initially successful in bringing certain significant reforms in  the regulation of factories. But the lack of monitoring, despite the repeated warnings by human rights groups and activists, has left workers in Bangladesh vulnerable to more industrial accidents in the future.