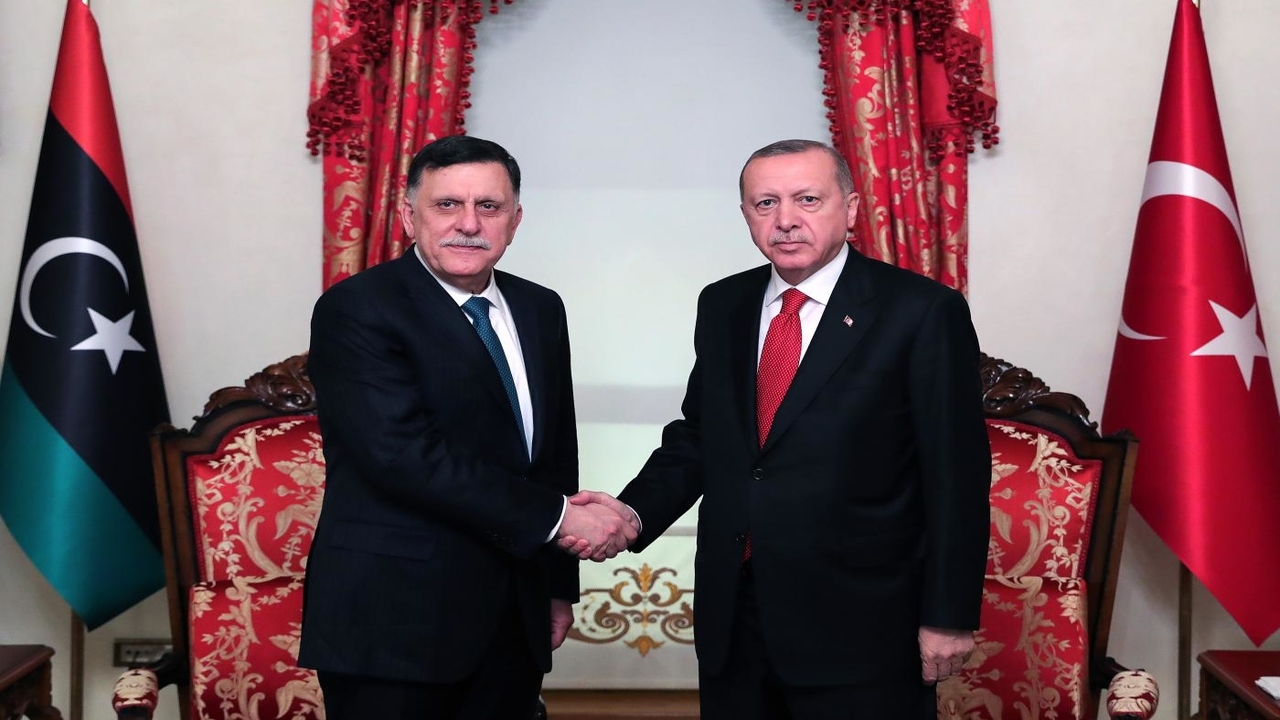 Turkey and the GNA government in Libya have signed two agreements on military and financial cooperation.

The Libyan civil war, which emerged as a major conflict this year, is set to escalate with the the maritime interests of its neighbors playing a key part.  On Saturday, December 21, the security and military deal signed between Turkey and the Libyan Government of National Accord (GNA) last month was ratified by the former’s parliament. The deal provides for Turkish military and logistical support for the GNA against the rebel forces led by Khalifa Haftar. The deal was the culmination of of a series of agreements signed between the governments in November.

The GNA in Tripoli and the House of Representatives government supported by Khalifa Haftar’s Libyan National Army (LNA), which is based in the eastern city of Tabruk, have been engaged in a months-long battle for control over the country.

As per one of the agreements signed with the GNA, Turkey has extended its maritime boundary up to the Libyan coast. This has led to a fresh diplomatic rift between Turkey, Egypt and Greece. Greece claims that the move violates its sovereignty over Crete Island. It also intensifies the dispute between Turkey and Greece, based on their claims over Cyprus.

It is widely believed that Turkey is looking to extend its maritime boundary in the Mediterranean Sea in order to explore more energy resources in the region. Turkey is also not a signatory to the United Nations maritime convention of 1982, which had established formal maritime boundaries for most nations. Similarly, through this deal, Turkey also gets to have a say in a natural gas pipeline proposed by a group of countries including Cyprus, Israel and Jordan to Greece.

Last month, the European Union imposed sanctions against Turkey for its alleged violation of the international maritime convention. Turkey has started drilling for oil near the Cyprus sea, which is claimed by Greece – an EU member state.

The two deals with GNA are also being viewed as a bid by Turkey towards achieving greater energy security, as the country depends on imports for almost 75% of its energy needs. Libya, on the other hand, was one of the largest oil producers in the region before the war began in 2011. Oil has also been recently discovered in the eastern Mediterranean Sea, of which Turkey wants to control a major part.

Meanwhile, on December 22, the Libyan National Army extended its deadline issued to the militias based in Misurata, to end their support for the Tripoli-based government and surrender, by three more days. The original deadline was to expire on December 23.

Since the NATO-led war against the Libyan government of Muammar Gaddafi began in 2011, the country has been split among several militias which claim control over its different parts, in addition to the GNA government and Haftar’s forces.

The GNA, under the prime minister-ship of Fayez al-Sarraj, is recognized by the United Nations and supported by the US, Turkey and Italy. However, Egypt, UAE, Saudi Arabia and others do not recognize this government and support Khalifa Haftar and the parliament in Tabruk. The parliament was created after a UN-backed agreement in 2014, which eventually failed to reconcile with the Tripoli-based government.

Haftar’s LNA controls most of the oil-rich areas in the country. In April, the LNA began a campaign to capture Tripoli. However, it has failed to breach the GNA defenses so far. On December 12, Haftar announced a fresh bid to capture Tripoli.

According to the World Health Organisation, the war for Tripoli has already caused the death of more than 1,000 people and has displaced another 120,000. Libya has a total population of less than 7 million.

In the war effort, the GNA expects military aid from Turkey, the UK and the US. Turkish president Recep Tayyip Erdogan has reiterated his promise to deploy troops in Libya if required. Russian president Vladimir Putin has also expressed his willingness to help the GNA. However, there are counter claims of Russian support to Haftar as well.

Meanwhile, in order to the end the war in Libya, a conference is planned in Berlin in January. The conference will be organized by the UN, and is expected to bring all concerned parties together, with Turkey also being invited.