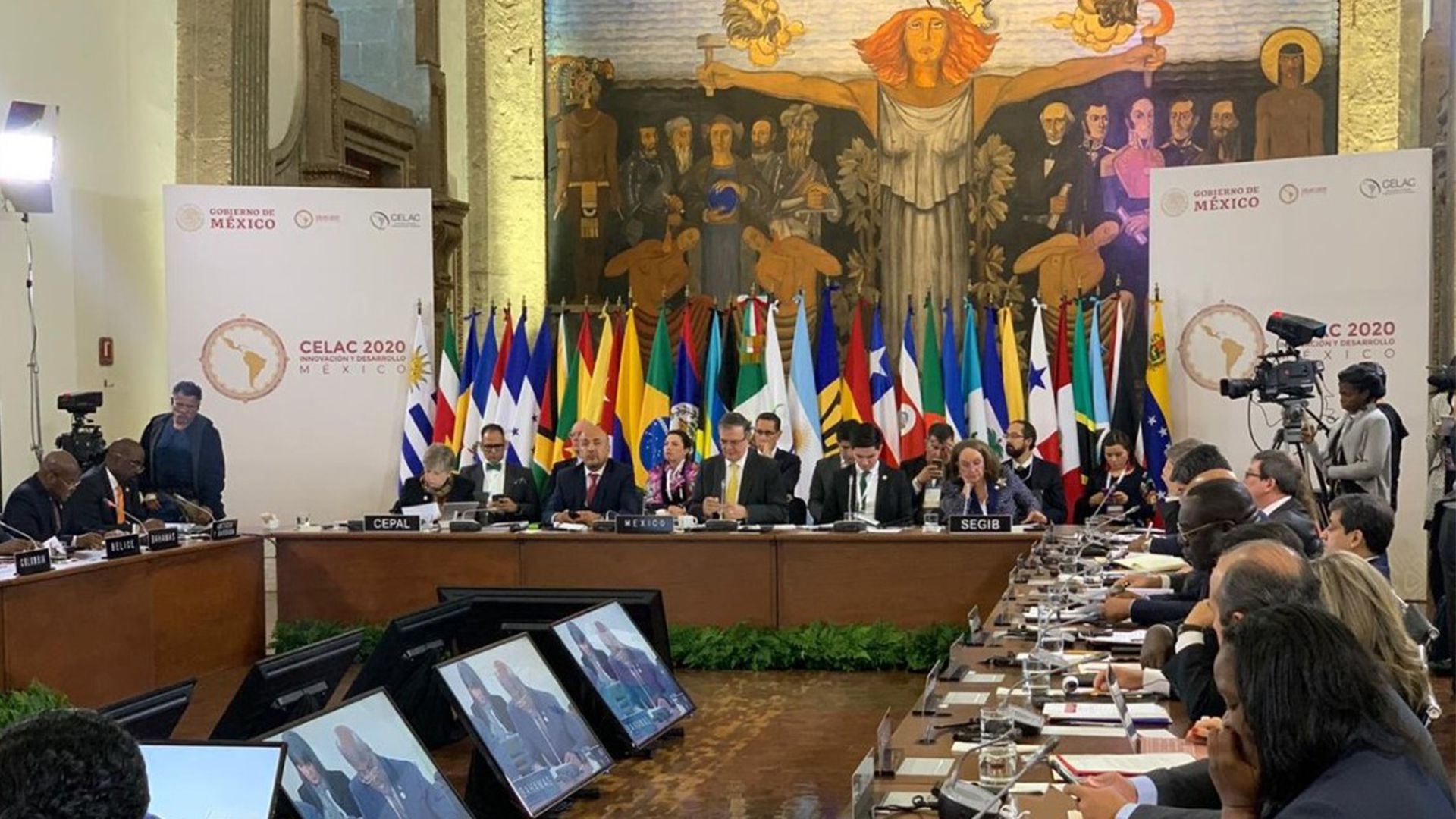 On January 8, a summit of the Community of Latin American and Caribbean States (CELAC) was held in Mexico City, Mexico. It was attended by ministers and delegates of 29 regional countries. The main objective of the summit was to strengthen the regional integration in the face of current socio-political conflicts in the region.

Under the leadership of President Andrés Manuel López Obrador (AMLO), Mexico assumed the pro tempore presidency of the CELAC for the year 2020-2021.

President AMLO shared the news on his twitter account. “Today, Mexico assumed the presidency of the Community of Latin American and Caribbean States. We are accompanied by ministers, vice ministers, ambassadors and representatives of 29 regional countries and organizations. We seek cooperation for the development of our peoples,” tweeted AMLO.

Last year, Bolivia was leading the organization until November 10, when a civic-military coup d’etat overthrew the constitutionally elected President Evo Morales. The coup regime in Bolivia, which has made sharp policy shifts away from Morales’ socialist government, breaking ties with left-wing allies in the region, recently expressed its intentions to withdraw the country from CELAC.

Argentina that had withdrawn from CELAC under the rule of right-wing president Mauricio Macri, resumed its participation with recently inaugurated President Alberto Fernández.

CELAC is an intergovernmental mechanism for dialogue and political agreement and includes permanently all 33 countries in Latin America and the Caribbean. It was founded in December 2011, in Caracas, Venezuela, with the objective to promote regional unity and peace, political cooperation and socio-economic development of all member countries, while respecting the political, economical, social, cultural and ideological differences of each country.

Since its establishment, the CELAC has developed important work in the region. In the last eight years, the 33 countries have signed 164 bilateral and multilateral free trade agreements.

It is seen as a counterweight to US-dominated “integration mechanisms” such as the Organization of American States and the failed Free Trade Area of the Americas which favor US interests at the expense of the countries in Latin America and the Caribbean.

The main objective of the CELAC in 2020 is to work towards the consolidation and construction of consensus and restore mutual trust among its members. Other key points include making the region more inclusive and less unequal, and taking effective steps to combat climate change and natural disasters.

In this regard, after the plenary session, Mexican Foreign Minister Marcelo Ebrard, presented 14 projects that are planned to be executed during 2020-2021. These projects include: the creation of a joint Space program, creation of certified groups to deal with disasters, holding scientific meetings, meeting of rectors, deriving a methodology against corruption, working together with the United Nations, giving a CELAC Award against inequality, sustainable management of ocean resources and common tourism plan, among others.

Ebrard said that for Mexico it is a commitment to strengthen CELAC for the sustainable socio-economic and political development of the people of all member countries.