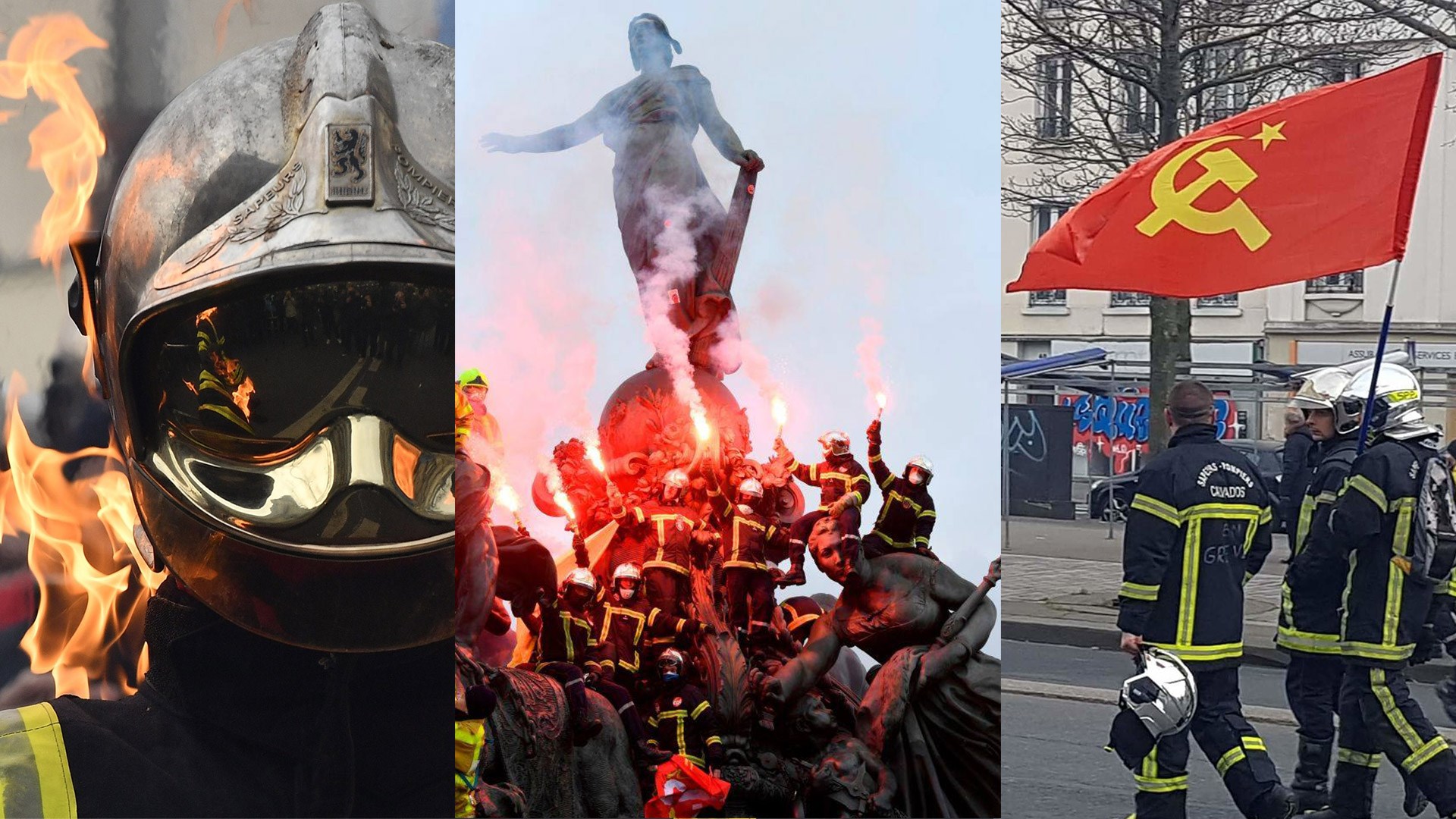 French firefighters have been protesting since July 2019.

Firefighters in France who have been protesting for months will return to work on February 1 after the government was forced to make concessions. The government offer came after yet another massive protest on Tuesday, January 28. The firefighters were seeking an increase in risk bonuses, better working conditions, retention of the early retirement mechanism and were strongly opposed to the pension reforms.

Tuesday’s protest saw thousands of firefighters marching from Republic Square in Paris with flares. Some of them even set aflame their protective jackets. The call for the mobilization was given by a joint committee of nine unions of firefighters, including SPASDIS CFTC, Avenir Secours, FA/SPP-PATS, unions of CGT, FO, etc. The mobilization faced severe police repression.

Following the mobilization on Tuesday, the ministry of interior made some promises to the unions regarding the “increase in risk bonuses to 25% of base salary by next summer (versus 19% currently) and retaining the mechanisms allowing firefighters to retire early in exchange for additional contributions.” The majority of the firefighter unions decided to consider the government’s offer as positive and called off the protests on Tuesday evening and decided to resume normal duties from February 1.

The firefighters’ union affiliated to the General Confederation of Labor (CGT), CGT des SDIS, said that even though the protests regarding the work conditions and bonuses has been called off following the assurances made by the government, firefighters will continue to join the agitation against French president Emmanuel Macron’s highly unpopular pension reforms. Firefighters have been demanding better working conditions and renegotiation of risk bonuses since June 2019.

Avenir Secours, one of the unions, hailed the unity of the firefighters and their organizations, and said that in the few months that they had been protesting, the lines had shifted massively.

In October 2019, firefighters took out a major mobilization in Paris, which was brutally attacked by the French police. During the first week of December 2019, the firefighters occupied  Place de la Republique in Paris and set up camps for over a week.