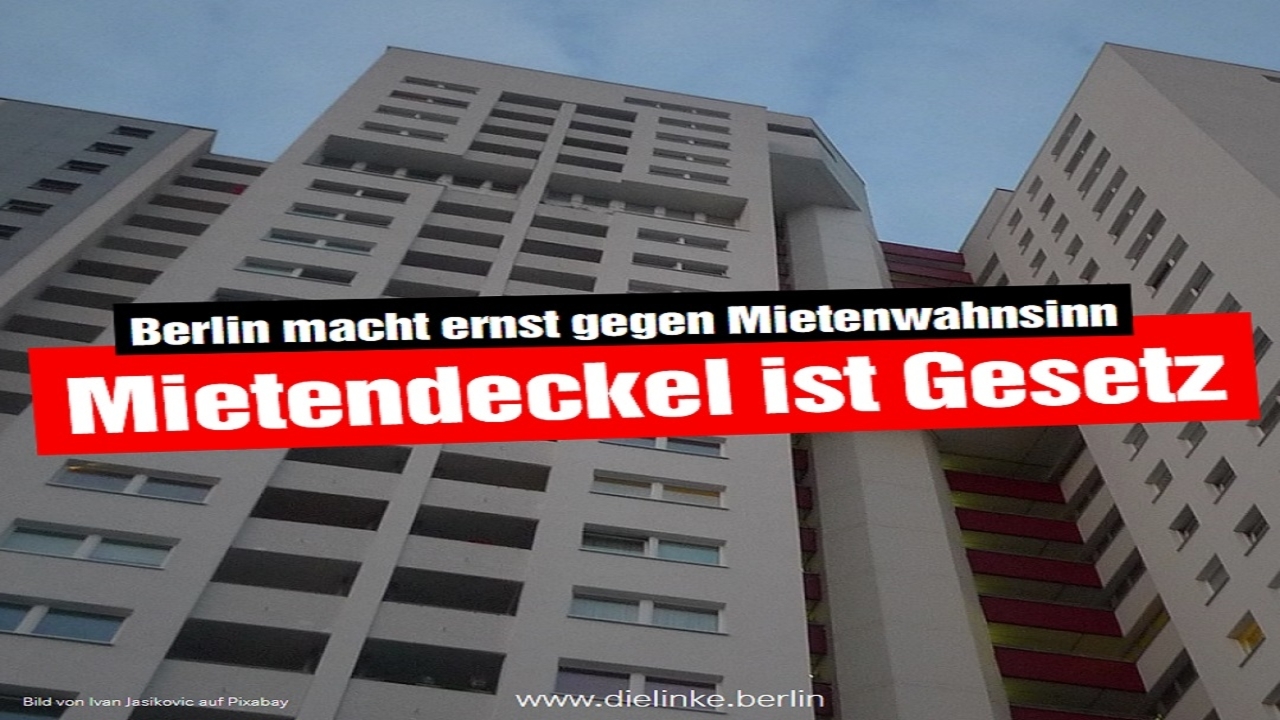 A bill calling for freezing the house rents in Berlin has been pushed by the incumbent Red-Red-Green Alliance in the state parliament.

On January 30, Thursday, the Berlin State Parliament dominated by the the Social Democrat – Die Linke – Green coalition (Red-Red-Green alliance) adopted a bill calling for freezing house rents in the city at current rates till 2025. The opposition parties, especially the Christian Democratic Union (CDU), and housing and realtor associations have opposed this bill and announced that they will challenge the legislation in the court. The law will be effective from mid-February and is likely to cover 1.5 million apartments in the city whose residents have been struggling with housing shortages and soaring rents.

Following the approval of the legislation, Die Linke (The Left) had opined that “by deciding on the rental cover on January 30, 2020, Berlin has become a pioneer in effectively countering the madness of rents. Thanks to the many Berliners and the initiatives that put pressure on them to support this legislation.”

According to the property portal Immowelt, an average of a quarter of a Berliner’s salary is spent on housing. Only 18.4% of Berliners own their homes, one of the lowest rates in Europe. As per reports, rents in Berlin have increased by 60% since 2011.

The umbrella organization Alliance Against Repression and Mad Rents, which has been fighting evictions and homelessness, also supported the introduction of rent cover in the capital. However, the Alliance has also asked the government to consider the plight of the residents of condos and the thousands who stay in emergency shelters in the city.

In April last year, tens of thousands of Berliners had taken out a massive rally demanding that the government expropriate property owned by private housing giants in order to solve the housing crisis and the soaring rents in the city.