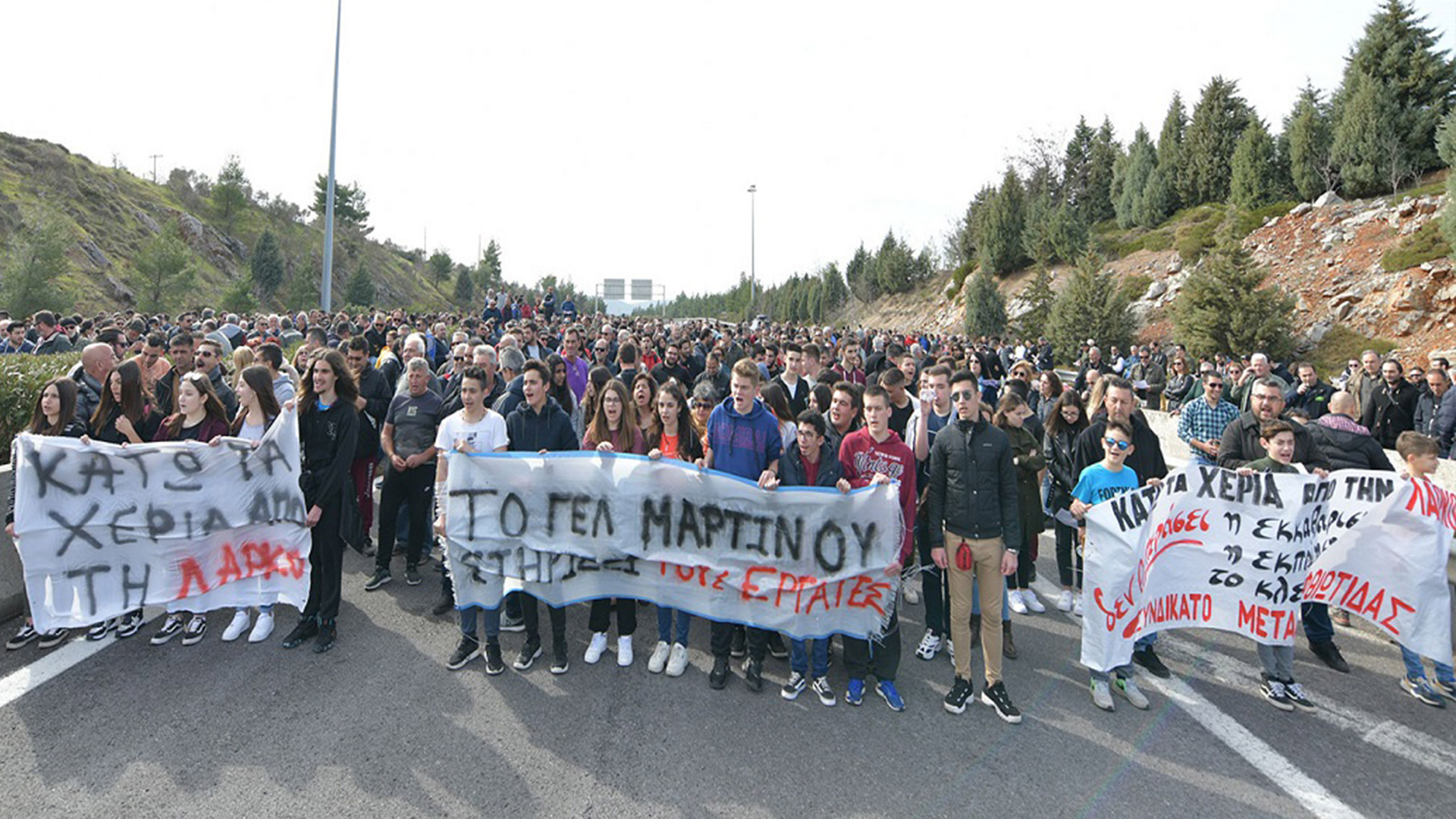 The workers of General Mining and Metallurgical Company SA (LARCO) are protesting the Greek government’s new proposal for a reduction of 25% in the employees salaries’ and the bid for privatization of the state-owned company. The workers went for a round-the-clock strike on February 12, Wednesday, after the conservative New Democracy (ND) government tabled the anti-worker bill in the parliament on Monday.

According to reports, the protesting workers blocked both lanes of the National Highway in Martinos on Wednesday.

LARCO has four major mines in various parts of the country and its metallurgical plant in Larymna employs the majority of the company’s employees. According to the new bill pushed by the ND government, LARCO is to be put under “special management with the aim of primarily reducing employee salaries by 25%. After the reduction of salaries and the recording of LARCO’s assets, the process of selling the company will begin.”

The Communist Party of Greece (KKE) had extended solidarity to the protesting workers of LARCO. KKE member of parliaments (MPs) in the Greek parliament had already raised their objection against the bill and demanded its immediate withdrawal. KKE Secretary General Dimitris Koutsoumpas has said that LARCO must continue to operate under public control and that the government should modernize the company while ensuring job security and rights for all the employees.

A large number of people from various trade unions, student and youth groups also joined the protests on Wednesday in solidarity with the metalworkers of LARCO.