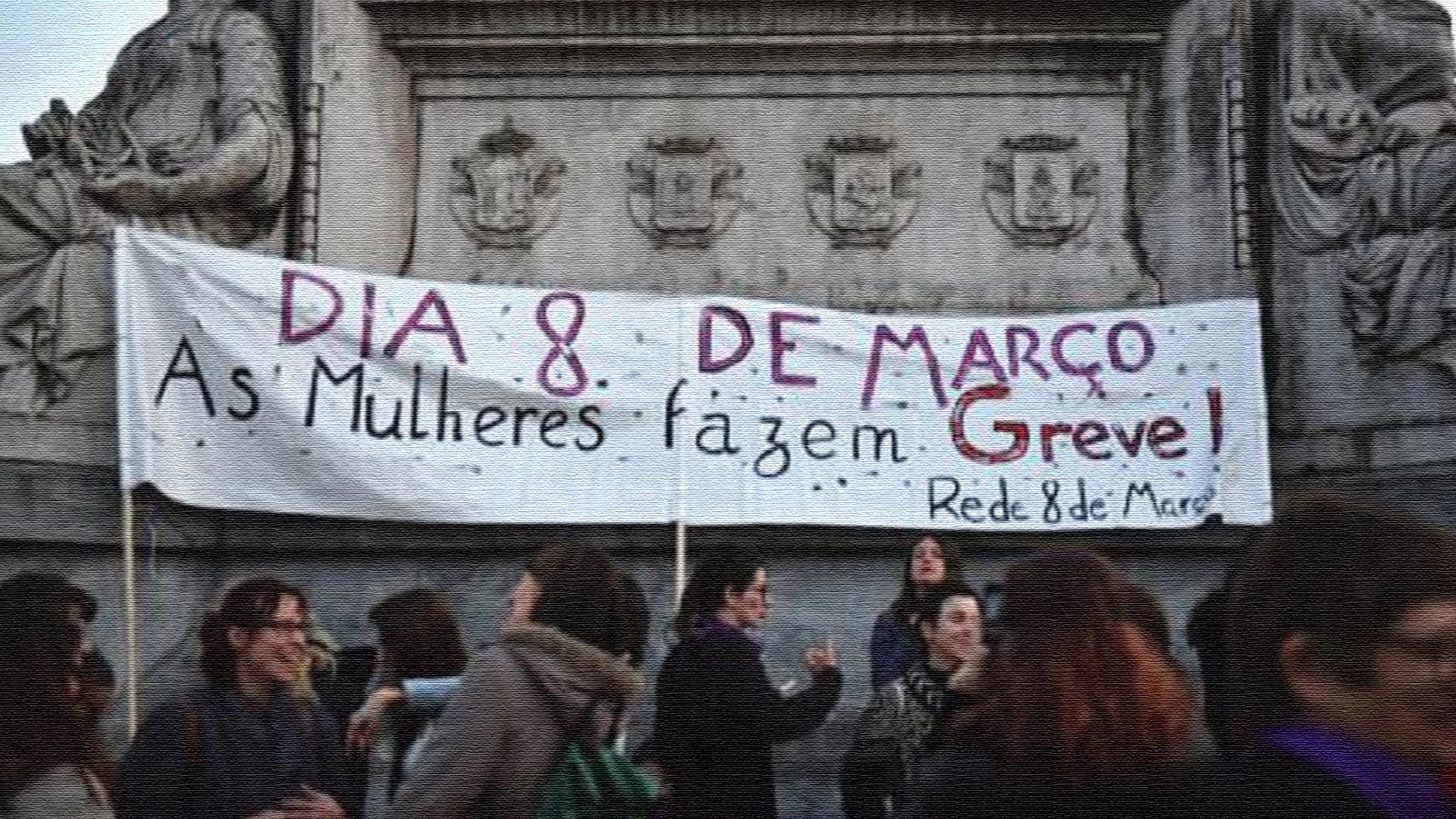 The March 8 Network has called for a greater mobilization on International Women’s Day on March 8 (Photo: Rita Sarrico/Esquerda.net)

On February 14,  women’s marches were organized in the Portuguese cities of Lisbon, Porto, Braga, and Coimbra. The marches have been organized by the March 8 Network protesting femicides and demanding effective measures for the protection of women.

The women protesters called out the rise in the femicides in the country and pointed out that most femicides are committed by partners, ex-intimate partners and family members, debunking the myth that home and family relationships are safe spaces.

According to the data gathered by the Observatory of Murdered Women (OMA) of the Union of Alternative and Responsive Women (UAMR), 28 women were killed in 2019 and over 500 women got murdered in the last 15 years.

Sandra Cunha, a deputy from the Left Bloc (BE), said that “on this day when love is celebrated between people [Valentine’s day], it is important to remember that dating violence is the antechamber of domestic violence and this is the crime that kills the most in Portugal.”

Towards the march, the March 8 Network, have demanded that all women murdered in similar circumstances be officially considered victims of femicide. They also asked for femicide to be treated as gender crime and not just homicide under the penal code. The group also called for a greater mobilization against gender based violence on International Women’s Day on March 8.