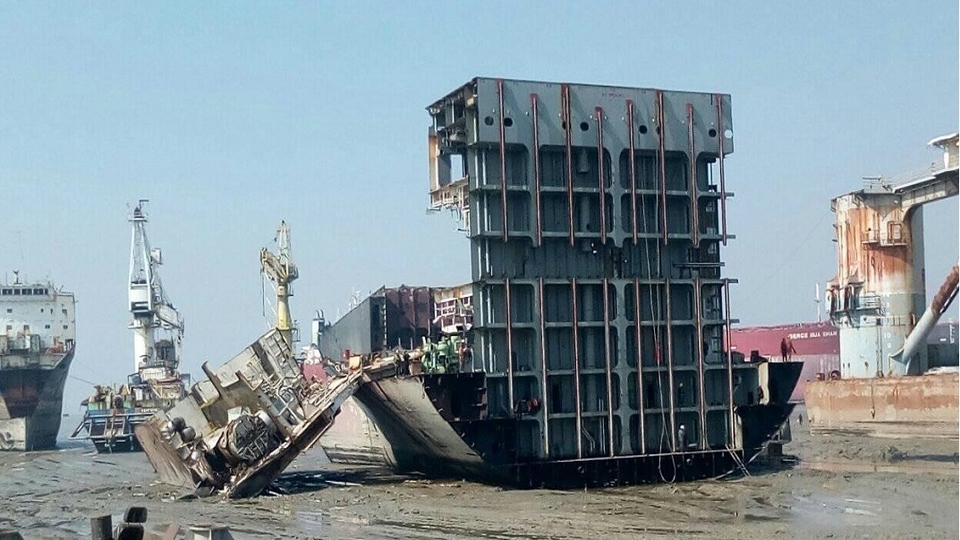 At least 26 workers in Bangladesh’s ship breaking industry lost their lives last year, as per a report from the Shipbreaking Platform. Bangladesh is fast becoming the top dumping ground for obsolete ships. As many 674 commercial ships and offshore units were sold to scrap yards in Bangladesh, India and Pakistan in 2019 alone. Of these, 236 were dismantled in Bangladesh.

Compiled by a global coalition of organizations that work for environmental and human rights concerns, the report sheds light on the growing number of scrap yards in Bangladesh where workers are exposed to numerous toxins as part of their work. This has led to grave repercussions for human and environmental health in the affected areas. The number of ships dismantled has also increased compared to the previous year, when 185 ships were scrapped.

“Of the 674 vessels, 469 large tankers, bulkers, floating platforms, cargo- and passenger ships were broken down on only three beaches in Bangladesh, India and Pakistan, amounting to nearly 90 per cent of the gross tonnage dismantled globally in 2019,” the report noted.

On February 9, a worker of S N Corporation lost his life after being hit by an iron chain at the scrap yard. The next day, another incident was reported from Khwaza Kabir Steel ship breaking facility, when a worker was critically injured after he was hit by a metal plate.

Earlier, on February 4, a worker reportedly died when a huge iron curtain fell on him inside the Barawlia ship breaking yard. A similar incident took place at the same yard in August 2019 when two workers died and more than a dozen workers were injured in an accident, prompting the authorities to temporarily halt work at the yard.

Human rights organizations, including Global IndustriALL, have raised the alarm about the plight of the ship-scrapping workers in Bangladesh. Employers have been repeatedly blamed for their negligence and the lack of “proper inspections” and “better safety training” for the workers. Workers’ bodies have also continuously called on the Bangladeshi authorities to follow the Bangladesh Ship Recycling Act of 2018.

Kan Matsuzuki, IndustriALL’s Shipbreaking Director, said on February 17 that a large number of workers still don’t have access to safety training. He said, “Due to the high level of precarious work, workers continue to pay the price for the deadly working conditions in Bangladesh’s ship breaking yards.

While the Bangladesh Ship Breakers and Recyclers Association (BSBA) president Abu Taher claimed there was a gradual decline in the incidents of deaths in the country’s ship breaking yards, it remains to be seen what measures are taken to safeguard the rights of the workers who remain vulnerable to ship-related deaths.