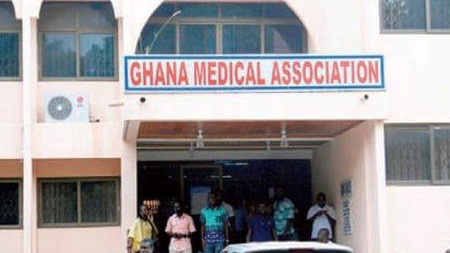 Doctors, dentists and other healthcare practitioners represented by Ghana Medical Association (GMA) withdrew the call for strike action starting from February 29, after the government making assurances in a meeting on February 26.

On February 21, the GMA had called its members to withdraw its services starting on February 29 at all facilities, in protest against the the government’s failure to honor the conditions of service (CoS) agreement signed in November last year.

For years, government healthcare professionals had been working without any agreement on CoS detailing their entitlements. Finally, in July 2015, GMA embarked on a strike action, demanding that the allowances for accommodation and clothing, utility allowance, professional allowance etc. be specified in that agreement.

During the three weeks of strike, government healthcare services in the country were paralyzed. The government finally agreed to sign the CoS, which took effect on January 1, 2016, and was valid till December 31, 2018.

Since its expiry, the GMA had been negotiating with the government for a new agreement, but the agreement was signed only in November last year, after a threat of another strike action.

While the deadline for implementation of this agreement was January 1, 2020, according to a memo released by the association’s president Dr. Frank Ankobea and general secretary Justice Yankson on February 21, the CoS has not yet been implemented.

GMA’s National Executive Committee also noted that the salaries paid this month did not include the fuel allowance which the workers were promised in the CoS. Members were further advised to notify the employers about any other discrepancies there may have been in their payslips.

“The Association,” the memo reads, “has accordingly given the government up to Saturday, 29th February 2020 to ensure full implementation (including payment of all occasioned arrears) of the CoS document at both the National and facility levels. If any default on the part of Government occurs Vis-à-vis the stated deadline, there shall be immediate withdrawal of all services by members in all facilities.”

Responding to this letter, the two ministries, along with  Fair Wages and Salaries Commission, which is mandated “to ensure that decisions are implemented on matters related to.. allowances and benefits in public service..”

After the meeting, Elorm Ametepe, the Public Relations Officer of the Health Ministry, said the “GMA agreed to call off the intended strike… The issue was resolved.”